As Christmas is approaching, which Christmas movie are you looking forward to watching? Here we have offered you 12 Best Hallmark Christmas Movies. Come and pick your favorite Christmas movie to share with your beloved one this winter. 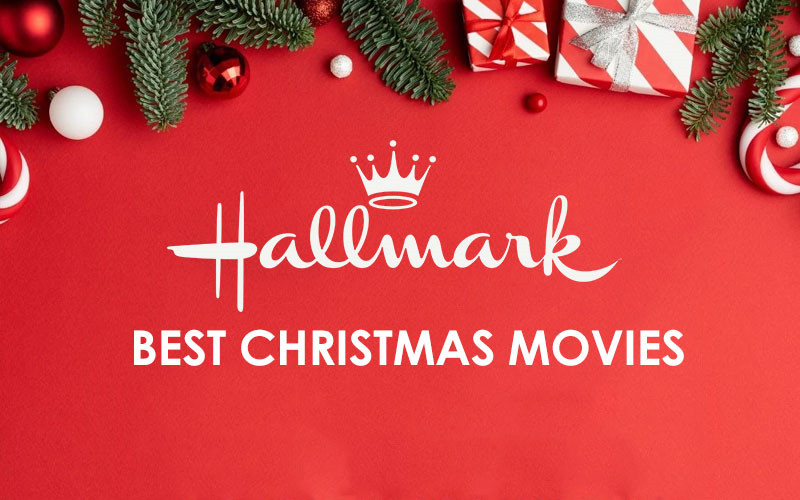 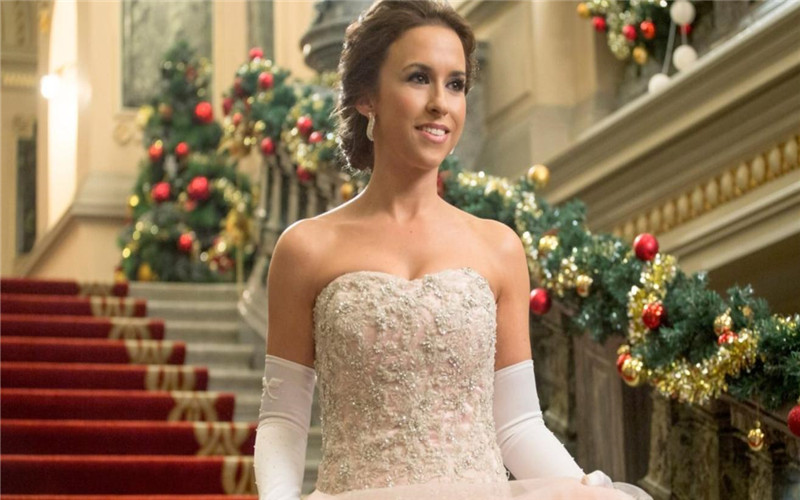 Directed by Alex Zamm, this one of the hallmark movies is an adaption from the novel of Janeen Damian. It stars Lacey Chabert, Jane Seymour, and Stephen Hagan, and with their outstanding performance, the film presents us with an atmosphere of love on Christmas.

The film relates the love story between an ordinary girl and a prince of a small sovereign country in Europe. Prince Leopold, the heir to the throne of Cordinia, is proposing to his beloved Emily Taylor, a young working girl who is born into a blue-collar family from Philadelphia. However, when the prince brings the girl home, he shocks everybody, particularly his mother, Queen Isadora. The Queen wants his son to marry her aristocratic youth friend, Natasha, Duchess of Warren. Emily wins many people’s hearts except the Queen, who still does not like her and is determined to break them. 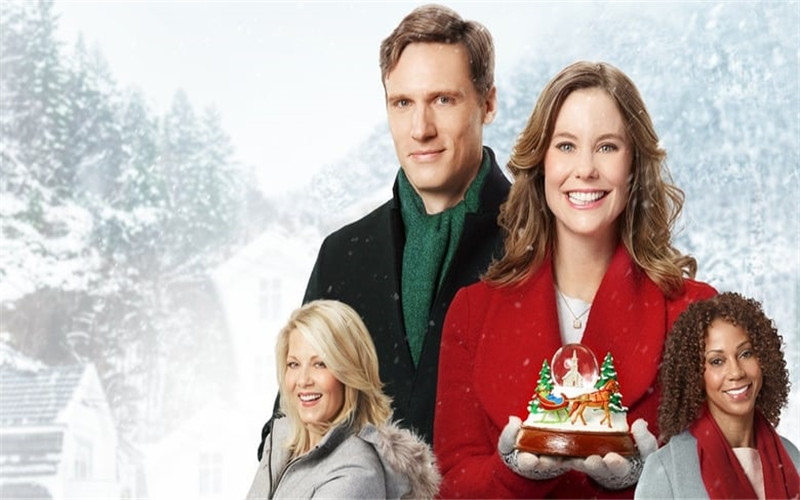 Adapted from the novel of Rick Garman, Christmas in Evergreen (2017) belongs to free hallmark Christmas movies. This film is another masterpiece of Alex Zamm.

Before Christmas, Allie Shaw, who is a former soldier decides to move to Washington DC to live with her boyfriend. They have been together for about two years and she wants to figure out whether the long distance is the issue in the stagnation of their relationship as she has doubted. Ryan Bellamy and his daughter Zoe Bellamy are heading to Florida to spend their holidays. In Evergreen, the Christmas tourist town and also Allie’s hometown, the three encounters. However, one thing or another seems to prevent them from making it to either Washington or Florida. 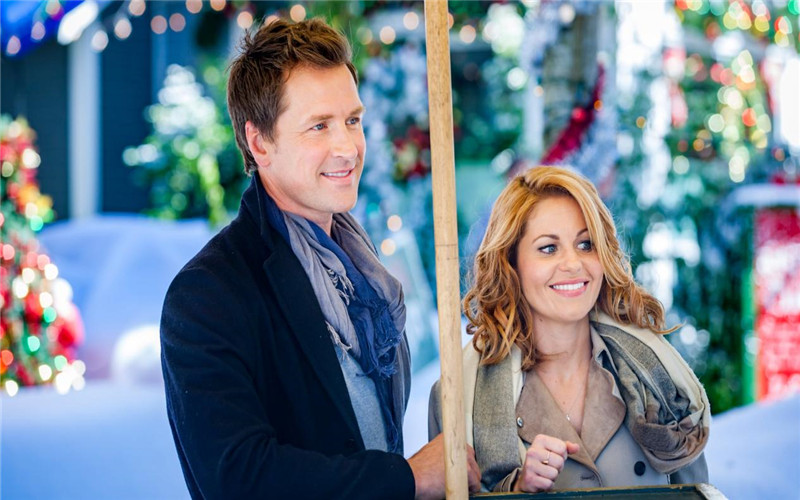 The film stars Candace Cameron Bure, Paul Greene and Sarah Strange. It follows the journey of the writer Paige Summerlind, who is going to New York City to spend Christmas with her fiancé, Jack Collins, and to meet his parents, Susan and Neil Collins, for the first time. Her trip takes a slight detour when the bad weather forces the plane down at Buffalo-Niagara Airport. She tries to get from Buffalo to New York City with three fellow passengers. Maxine and Frank Harper, a couple married for twenty years, are spending Christmas with their married daughter and her family. Dylan Smith, who doesn't seem anxious to head home for the holidays appears to hide his sad past. From the story of the married couple, Paige begins to understand marriage life and have a new conception of love and how to go about having a truly Merry Christmas. 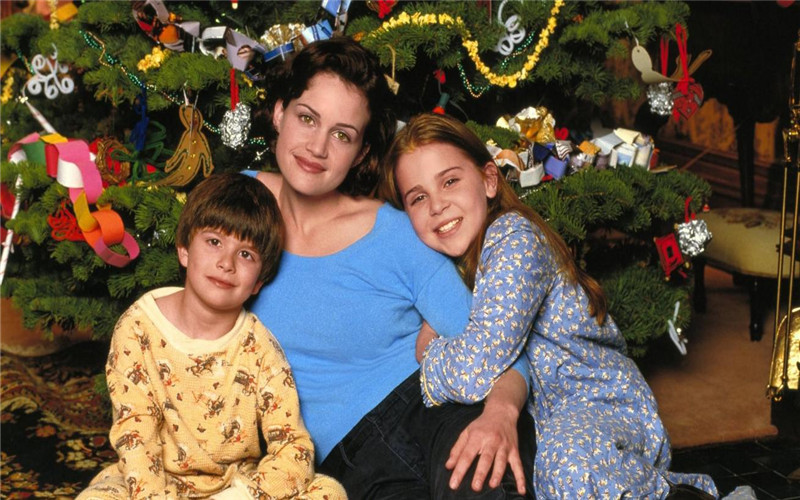 Michael Pressman’s representative film, A Season for Miracles (1999) stars Carla Gugino, Kathy Baker and David Conrad. It’s one of hallmark movies now that centers on romance. From the appealing actions of the characters, energy is brought about to the film.

In this hallmark movies and mysteries, Emilie Dalton (Carla Gugino) whose sister Berry (Laura Dern) has been locked up in a jail hospital for drug addiction. Berry has been taking drugs for her whole life, neglecting her children J.T. (Evan Sabara) and Alanna (Mae Whitman) in shelters. Emilie puts the kids into her old jalopy and they wind up in a town called Bethlehem, where she learns that a house remains empty nearby from a waitress. when Emilie’s car cracks an engine block and needs overhauling, cop (David Conrad) suddenly appears and helps her. With the arrival of the cop, everything seems to be pleasing to Emilie. 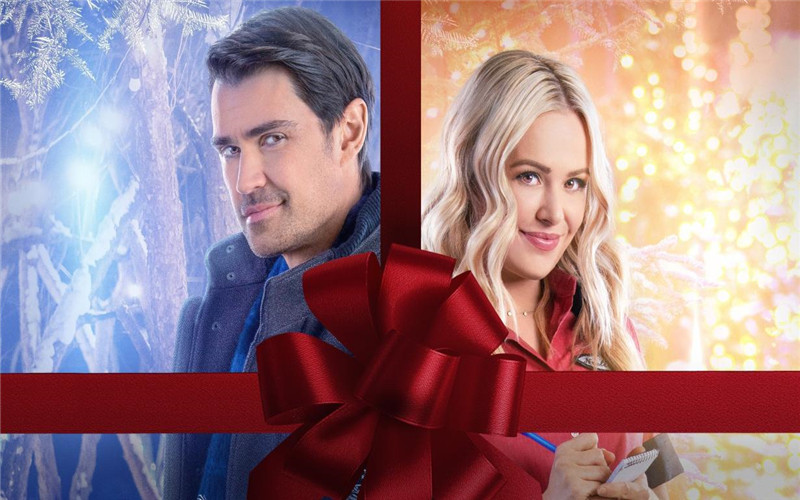 Directed by Max McGuire, this adaption of Annabelle Costa’ book How the Grinch Stole My Heart depicts a loving and funny story on Christmas. Not only the main actors have amazing chemistry, but also the supporting cast is fun to watch and adds to the storyline. As a brand-new film, Noel Next Door, is currently one of the hallmark Christmas movies 2022. From the film, the fact that Christmas is about helping each other and to give people the benefit of the doubt is clearly demonstrated.

It follows the story of a single mother Noelle (Natalie Hall). She learns that Mr. Geir, an irate neighbor, has reprimanded her son Henry (Callum Shoniker). So, she goes to question him why he did that. It turns out that her neighbor is Jeremy (Corey Sevier), who once had dinner with Noel with the help of her sister Shannon. Since their date, she begins to have an emotional connection with Jeremy. As a matter of fact, Jeremy who used to be an orchestra conductor now composer, hates Christmas as his neighbor keeps interrupting him. Now they come to realize the each other to be their beloved one. 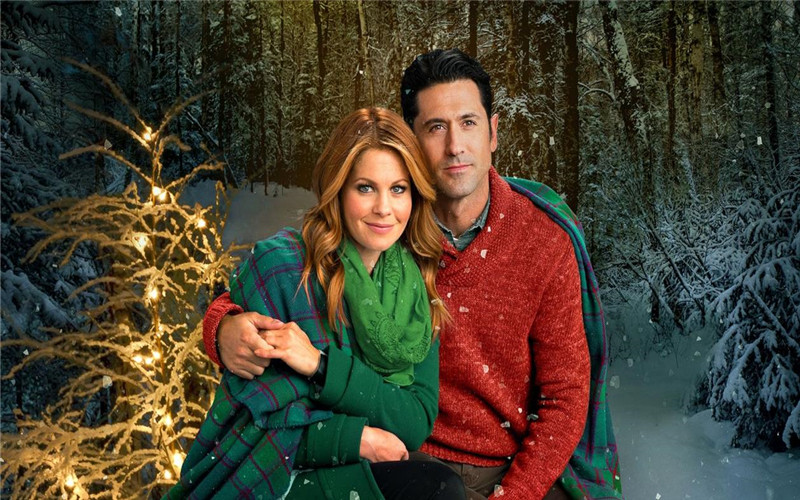 Based on the novel of Jeffrey Schenck, the director Peter Sullivan has represented us a loving story and let us feel the warmth in the winter in his hallmark movie schedule. The film stars Candace Cameron Bure, David O'Donnell and Robert Pine. With their extraordinary acting, Christmas Under Wraps (2014) has left us a deep impression.

Dr. Lauren Brunell is a doctor, who loses the opportunity to get the position she wants in her dream Boston. Thus, she decides to move to Alaska for a moment to boost her resume. However, her plan to Boston is interrupted as she falls in love with a man there. 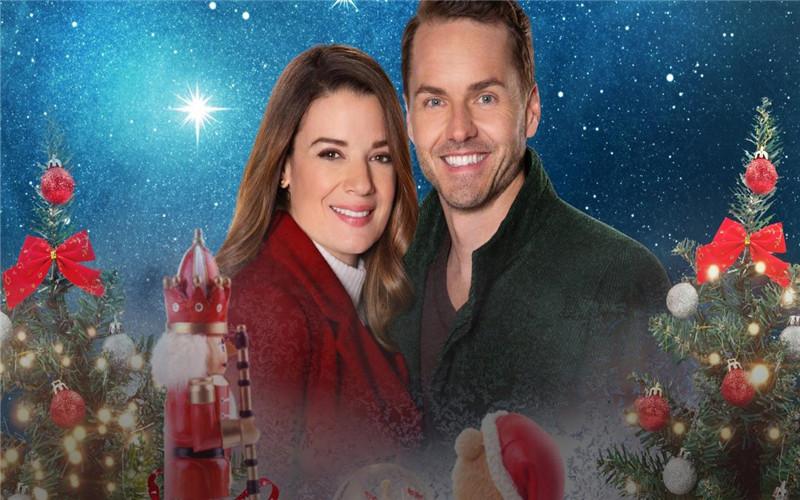 Being one of the hallmark Christmas movies you tube, Gary Yates demonstrates us that a person may be changed due to love. The film stars Kimberley Sustad, Paul Campbell and Darren Martens.

William Holt is the son of Jim Holt, who owns Holt Enterprises. As Jim is going to retire and finds William always let others to clean up his messes, so he decides to find a lawyer to shadow him and handle any messes of a legal nature. Annie Park comes to the company to stop the demolition of a building, the Starlight, where her adoptive parents, Gene and Pat Park, always have their diner. William mistakes her as someone for the job. After explaining the situation, Annie is asked to pretend to be the lawyer for a week and in return William will stop the building demolition and associated evictions. As they spend time together, they start to fall for each other. 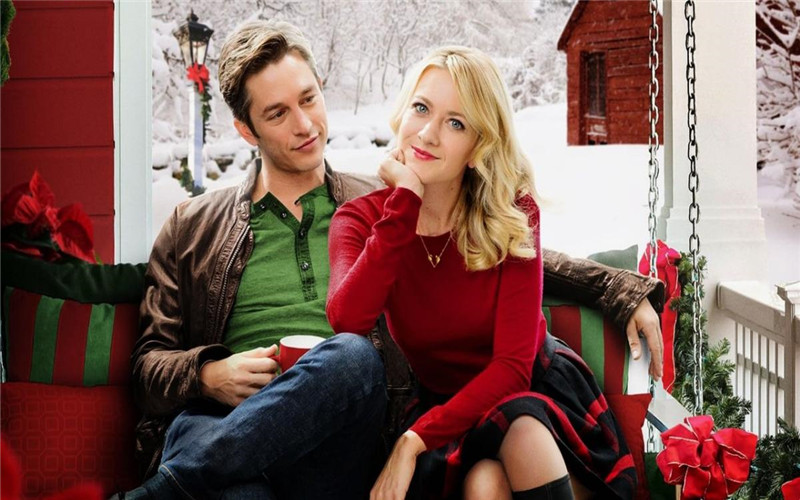 In the Jeff Fisher’s hallmark movies and mysteries schedule, this fantastic film is an adaptation of Garrett Frawley’s fiction. With Meredith Hagner, Bobby Campo and Megan Park staring the film, it relates a mysterious love story.

Cynthia feels desperate when her boyfriend just broke up with her, she persuades her friend Liam to go home with her for her sister's Christmas wedding. Strangely, she finds the gifts from The 12 Days of Christmas from an anonymous sender at her door, she firmly believes that it must be one of her exes who might be trying to get back together with her. With doubt and curiosity in mind, she is determined to find out who the mysterious sender is. Faced with many toughness in finding his identity, she discovers that her true love might have been standing in front of her the whole time. 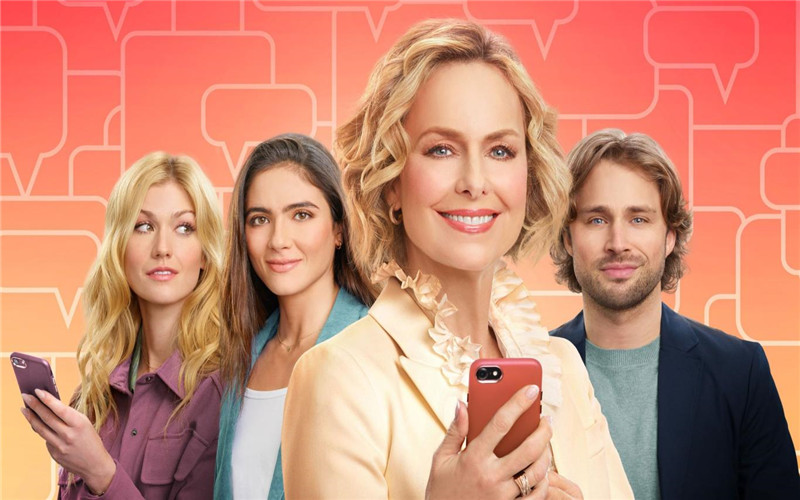 Stacey N. Harding’s new film of new hallmark movies 2022 is adapted from the novel of Lynn Sternberger and stars Melora Hardin, Arienne Mandi and Katherine McNamara. This is such a fun story through the characters’ acting, and is ultimately a story of love, family, and commitment in all its forms.

It depicts a funny story that Emilia, a writer goes back into the lives of her children, Taylor (McNamara) and Zach (Lloyd-Jones), under the pretense of a book signing arranged by her hometown's local book shop. Through the old-fashioned app, Zach begins to heal the past wounds, and Taylor learns how to love someone. 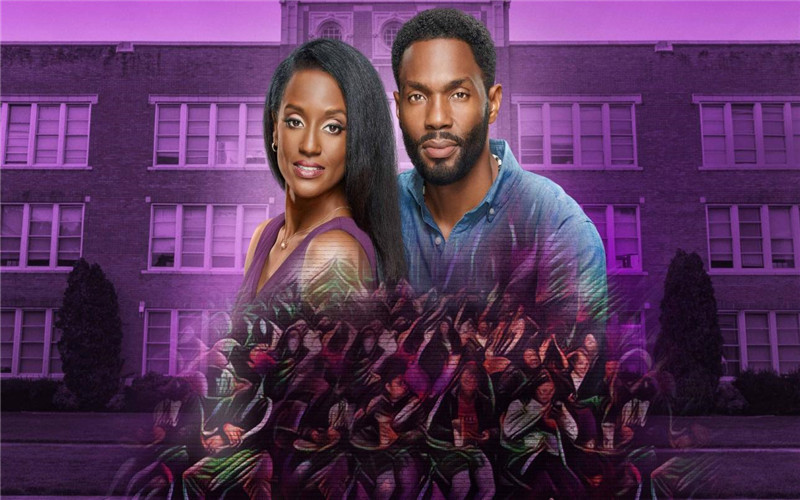 With the cast of Skye P. Marshall, Tobias Truvillion and Maria Howell, director Stan Foster shows us one of his latest hallmark movies YouTube. From the fictional world of the writer Tyler Straessle, we can feel the warmth between teachers and students and the touching love between the two teachers in the film. As one of hallmark movies 2022, it’s more appealing than hallmark Christmas movies 2021. The title is an apparent homage to the 1967 movie To Sir, With Love starring Sidney Poitier.

Kayla (Skye P. Marshall), who lives Stoneville, North Carolina accepts her mom’s help to work in a private high school shortly after learning that her high school best friend Tanya (Brittany L. Smith) is a trainer there. Jordan (Tobias Truvillion), a trainer who’s dedicated to supporting underserved college students, steps in to assist Kayla. As they work cooperatively to arrange a fundraising showcase, the spark of love begins to grow in both their hearts. When Kayla receives an instructing alternative, she is in torment because that means she will have to leave Jordan. 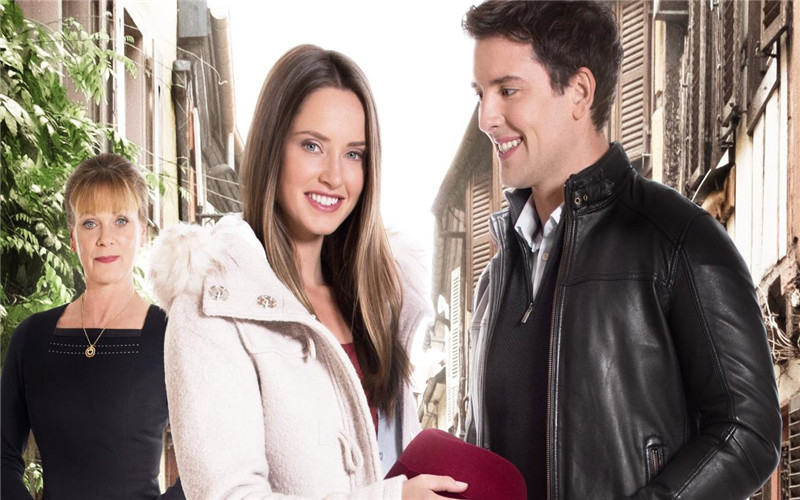 Based on the fictional world written by himself, Ernie Barbarash turns this hallmark Christmas movies into a world sufficed with imagination and fancy. With the cast of Merritt Patterson, Jack Donnelly and Samantha Bond, this film centers a mysterious love story.

It follows a young woman named Maggie Marks finding herself meeting a handsome man who turns out to be Prince Adrian who is on his way to becoming the new King of Calpurnia. On one of his regular incognito motorbike rides in the capital, Adrian meets Maggie and their love story begins. As the prince proposes to her, Maggie finds herself in the middle of a real-life fairy tale. However, the prince’s mother, Queen Beatrice is obstinately against Prince Adrian's romance with Maggie. 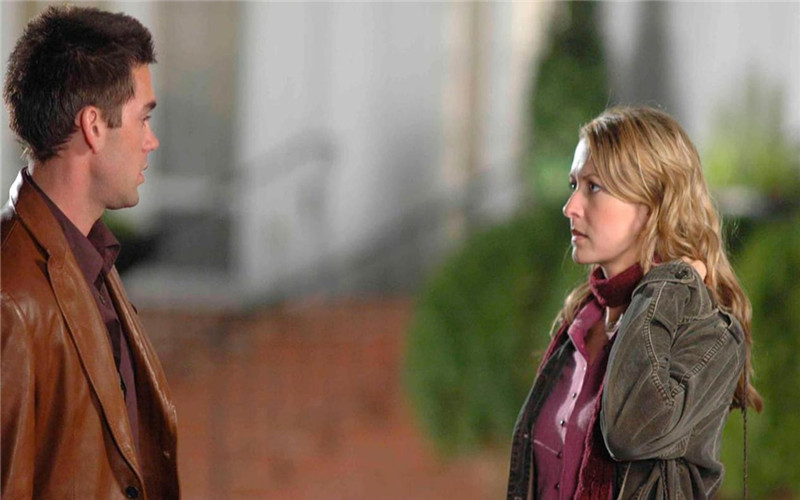 With the cast of James Garner, Bill Cobbs, Lee Meriwether, George Lee and Brett Rice, the director Michael O. Sajbel’s representative work of hallmark Christmas movies give the audience a deep impression and attracts us to think the lesson of life.

The story, which is based on Jim Stovalls novel of the same name, is quite attractive. The story sends trust fund baby Jason Stevens on an improbable journey of discovery, having to answer the ultimate question: What is the relationship between wealth and happiness? Jason’s grandfather, Howard Red Stevens, who leads a cold and not intimate relationship with Jason leaves a series of odd tasks for him to perform in order to receive the ultimate gift. He expects the ultimate gift to be a huge amount of fortune that he could have a wealthy rest life. However, what Red left him was anything but simple. Red instead devised a plan for Jason to experience a crash course on life. Twelve tasks, which Red calls gifts, each challenging Jason in an improbable way, the accumulation of which would change him forever.