The 10 Best Family Movies on Netflix

The 10 Best Family Movies on Netflix

What are the best family movies on Netflix of all time? It must be these movies. Certainly, it includes old movies. It also contains lots of movies which have been produced in recent years. You can also give us the family movie night ideas, and we will consider your advice. 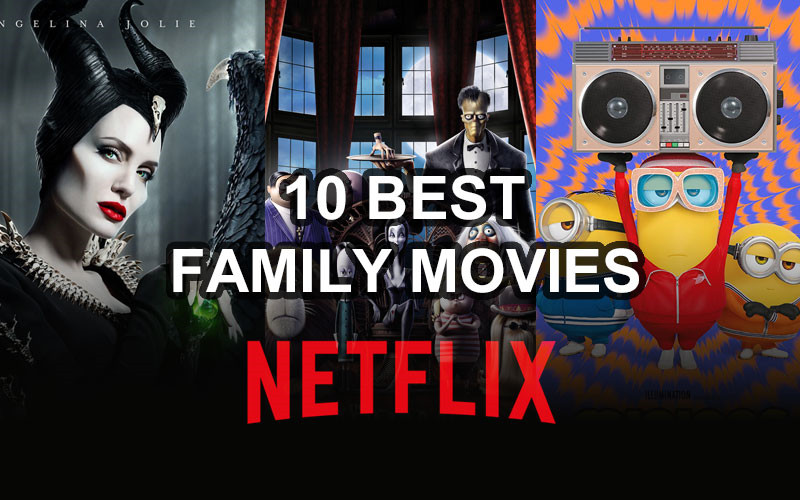 Let's explore these 10 best family movies on Netflix of all time: 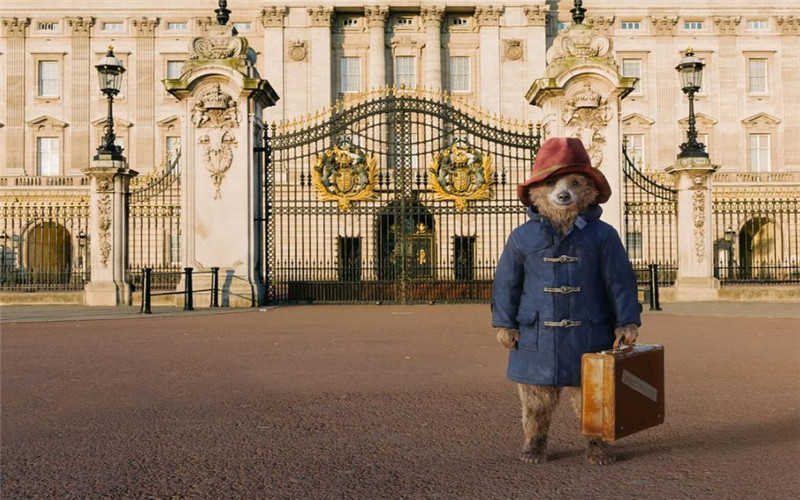 One of the best family movies on Netflix, Paddington's story starts in mysterious Peru. There lives a rare species of a couple of jam bears, formed a friendship with explorers from London, and learned the art of making jam. Today, a disaster has destroyed Bear's peaceful life. Bear Aunt Lucy sends her nephew to London to start a new life in that friendly country. The wandering young Bear comes to Paddington Railway station in London, and the indifference of contemporary people makes him feel lost. Luckily, he meets the Browns and is given the pleasant name Paddington (voiced by Ben Whishaw). Good-natured hostess Mary (Sally Hawkins) is eager to help Paddington find a place to stay, while host Henry (Hugh Bonneville) is always trying to keep the trouble away. The relationship between Paddington and the Browns is gradually harmonious, and the Natural History Museum's specimen division Millicent (Nicole Kidman), with evil purposes quietly close to Paddington.

In a good family movie, Paddington narrated what he saw and heard in London as a foreigner. In the film, Tower Bridge, British soldiers, horn buckled coat and top hats, carrying a British suitcase. These are all British elements and could be considered an excellent promotional film for London. Not bad for take it as a family vacation movie. 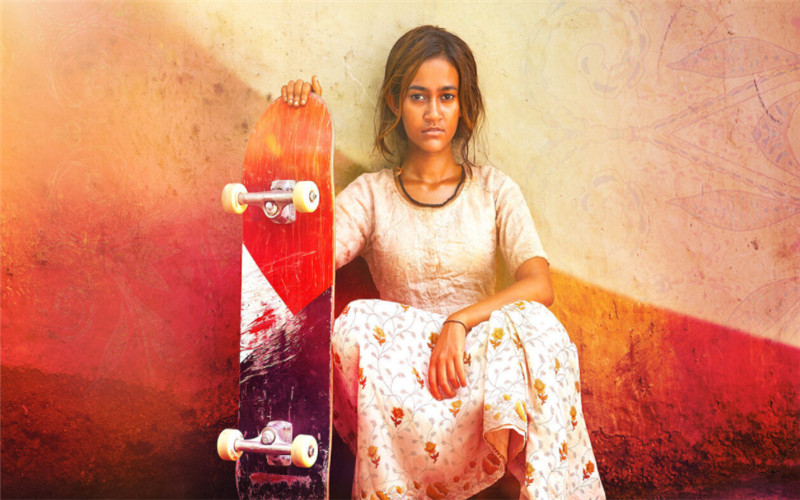 As one of the new family movies 2021. A teenage girl, Prerna, living in rural India, discovers her love of skateboarding, and her life changes forever. She will embark on a challenging road in pursuit of her dream of skateboarding competition. Skater Girl is a positive Indian movie. Because of the arrival of a foreigner and contact with a different world, an ordinary girl in the ordinary village has the courage to rush out of the immutable fate. Although a little modern fairy tale still touches. 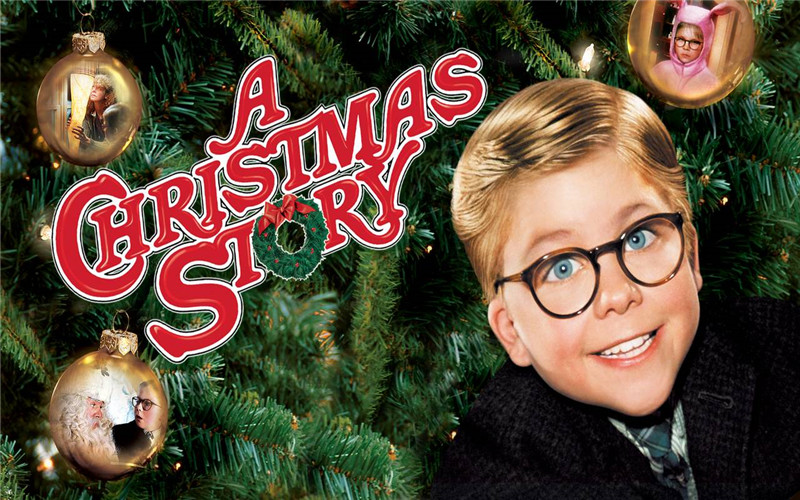 A Christmas Story is one of the most classic family Christmas movies on Netflix. In the Christmas Story in the 1940s, 9-year-old Ralph thought the perfect Christmas gift was a Red Ryder BB gun. Still, everyone thought it was a dangerous gift, even going against his teachers, parents, and Santa Claus.

The most exciting part about this film is that it describes a rich world for children. It makes people laugh. Ralph, in the voice of a grown man, is also enjoyable. A Christmas Story is not just a one of good family movies, but a satire on the utility and consumerism of the adult world. 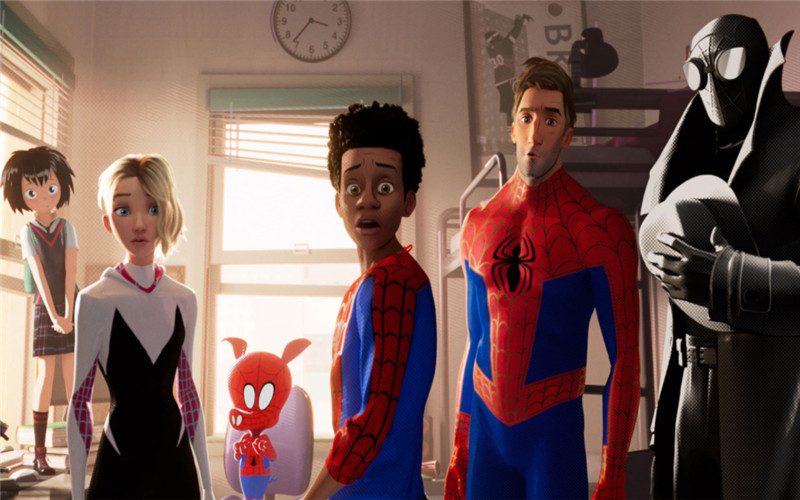 Spider-Man: Into the Spider-Verse, one of the best family movies on Netflix. Middle school student Miles (Shameik Moore) is accidentally bitten by a radioactive spider, and then his body undergoes a strange change. By chance, he witnesses a fight between Spider-Man (Chris Pine) and crime Lord Kingpin (Liev Schreiber). Spider-man dies trying to stop Kingpin and disrupt the universe with the Space-time Collider. But it's not long before a decadent Peter Parker (voiced by Jake M. Johnson) from a parallel universe shows up. They break into Kingpin 's lair to help Parker return to his universe. In the process, the two are sniped at by Doctor Octopus and the Prowler. At the same time, from other universes Spider-woman, Spider-Man Noir, Spider-Ham, Peni Parker spider-sis has appeared. 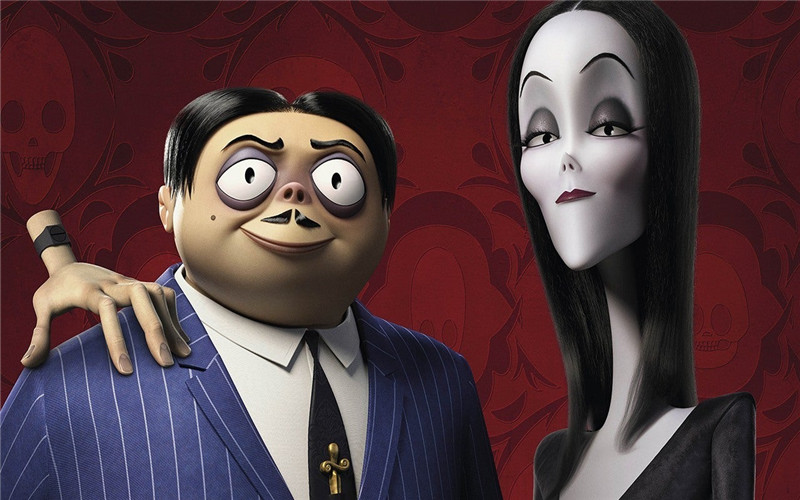 The Addams Family (2019) is one of series of The Addams Family movie, and also one of the best choices for family Halloween movies. Gomez and Morticia Adams move to an abandoned New Jersey sanctuary surrounded by swamps and foggy hilltops to raise their family. 13 years later, when Wednesday is about the world outside the mansion, reality TV host Margaux Needler is teaching her son Pugsley the Adams family sword-slinging tradition when the swamp is drained and the Adams home is uncovered when she is busy designing and building the planned ass community, Margaux Needler decides to get rid of the Adams family. 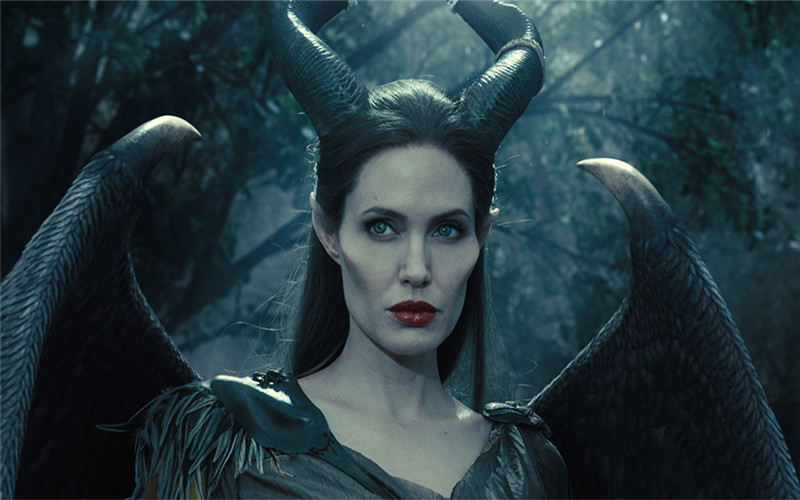 A vengeful fairy was driven to curse a baby princess, but found that the child may be the only one who can restore peace to their chaotic land. As a beautiful, innocent young woman, Maleficent lived an idyllic life in a peaceful forest kingdom until one day, invading armies threatened the harmony of the land. maleficent became the fiercest protector of the land, but she was ultimately betrayed mercilessly - and an act that began to turn her pure heart to stone. Seeking revenge, Maleficent faces a battle with the heir to the invading king, and as a result, he curses the newborn baby Aurora. As the child grows, Maleficent realizes that Aurora holds the key to peace in the kingdom, and perhaps the key to Maleficent 's true happiness.

Maleficent is better than any fairy tale adaptation in recent years. The most important thing in this world has never been true love, but freedom. What a witch seeks is never revenge, but her lost freedom. Compared with freedom, true love is nothing. 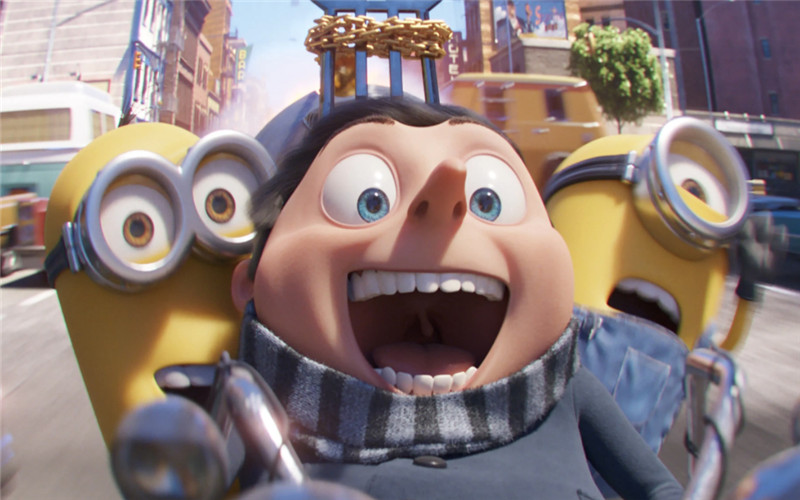 Minions: The Rise of Gru, one of new family movies 2022, tells that San Francisco, 1976. Bent on becoming the world's most despicable supervillain, aspiring super-criminal Gru is thrilled to find that his idol, the Vicious 6, has an open spot. However, evil is for adults. 12-year-old Gru summons the courage to prove his worth, determined to fulfill his evil dreams by brazenly stealing the powerful Zodiac Stones and a chance encounter with the evil Six founders of Wild Knuckles that sets off a hilarious and energetic adventure. Do the fearless cowboy followers still have the backing of a mini-boss? 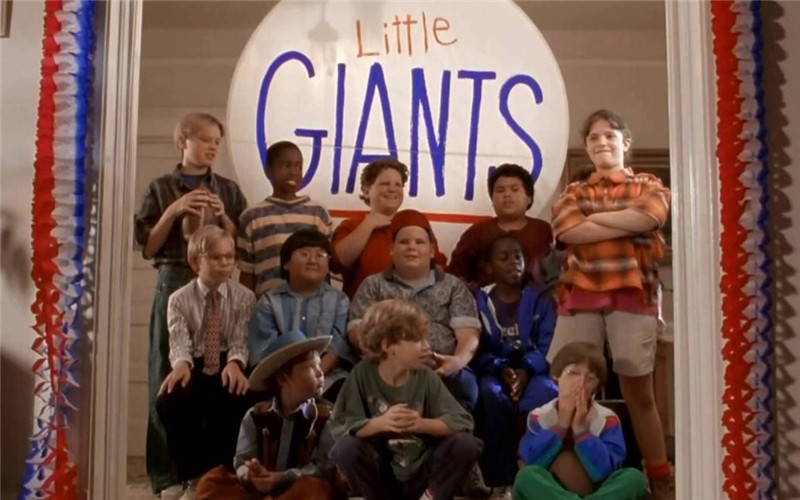 Little Giants, one of the 90s family movies, tells that in Urbania, Ohio, snobby former soccer star Kevin O'Shea tried out for the town's Peewee soccer team, the Urbania Cowboys, which will compete for a chance in the state Peewee soccer playoffs. Kevin despised his brother Danny and turned down his daughter Becky, a good player. He rejected her simply because she was a girl. She and some of her friends also rejected boys and came up with the idea of starting their team with Danny as the coach. After Kevin tries to stop this, Danny gets him to agree to a game to decide which team will represent Urbania since only one team is allowed per town. Danny and Becky look around town for willing players, and they gather a group of kids with limited skills and a lack of team spirit. They got lucky when Becky spotted Junior Floyd skillfully handing a roll of toilet paper to a supermarket shopping cart as if he were handing soccer. With the addition of Becky and Junior, the new team, the Giants, have a chance to excel as they begin to practice. But low morale kept threatening to split the team. Former NFL coach John Madden and four NFL stars, Steve Entman, Bruce Smith, Emmitt Smith, and Tim Brown, visited to offer the team tips on creating an edge. Becky is infatuated with Junior and is jealous when her cheerleader cousin Debbie flirts with him. She decides to compete for him on equal terms, so she puts on makeup, puts on a cheerleader costume, joins the cheerleading squad, and gives up on the team. But the Cowboys will enter the competition with a wicked new player named Spike Hammersmith. If the team needs Becky, will she be there? It is one of the good family movies to watch. 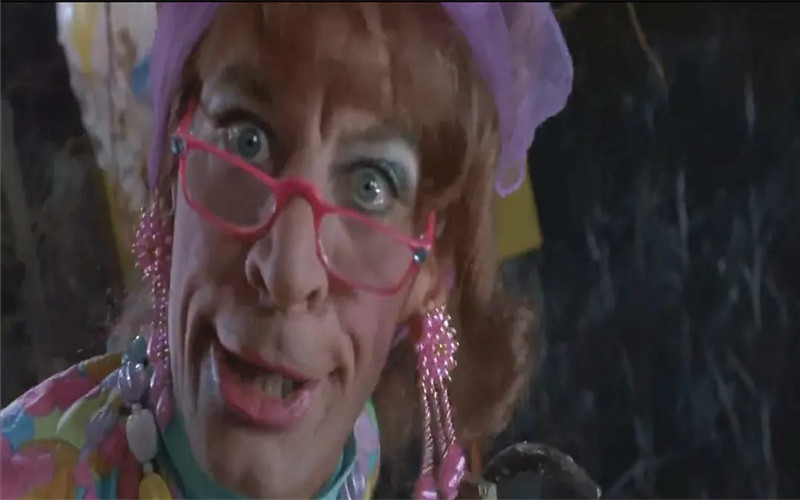 Ernest Scared Stupid is one of Halloween family movies. It tells that life could be great if there were no people like Ernest P. Worrell on this planet. In this one of family movies, he helps an evil troll escape his grave. This is the beginning of the end of the world. But ...... Ernest wouldn't be Ernest if he wasn't going to save everyone. This action doesn't make it better. It got worse. Ernest's films are ridiculous, pointless, and frankly, a distraction from real life; yet they are so endearing. Maybe it's just because Ernest P. Worrell (Jim Varney) always does his best to do something honest and benevolent, but always ends up doing the most stupid and embarrassing things; think of him as Gilligan's successor. In Ernest Scared Silly, he accidentally awakens an evil troll who goes around kidnapping children with the aim of becoming invincible. 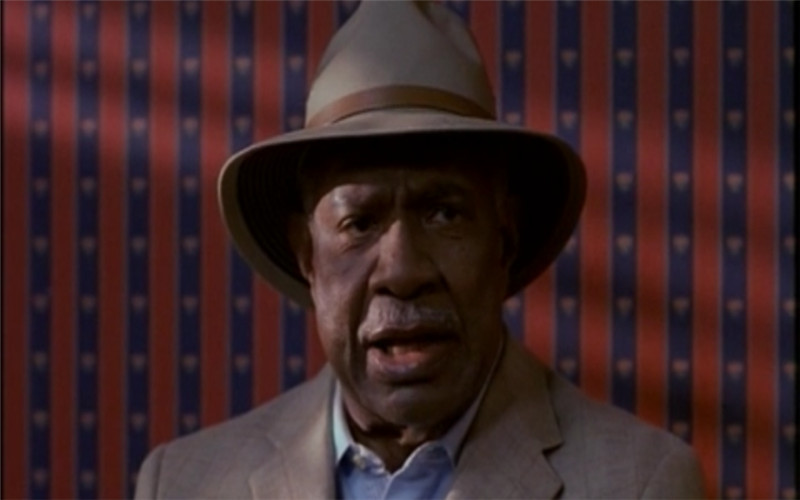 The proud family movie mainly tells the true story of one of only two U.S. Navy ships that saw combat in World War II with African-American crews. It's a great story and just the beginning of equality in America. (And we're working on it.) However, this is a movie site despite the fact that it is still a movie. I realize it's hard to find good actors for independent films, but wow. The only one that was even mediocre was the excellent Ossie Davis. But even he can't make up for the terrible performances of all the actors (including the one who played him when he was younger). The script is so cliched, but even so, you need to get some decent actors! I wouldn't recommend this to anyone, as it does a poor job in every category. Instead, read some books about the true stories of American stonemasons because they give these people the respect they deserve.