10 Best War Movies of All Time

10 Best War Movies of All Time

War movies are classic, powerful, unforgettable, and full of both entertaining and educational value. We are going to look at the 10 best war movies of all time. 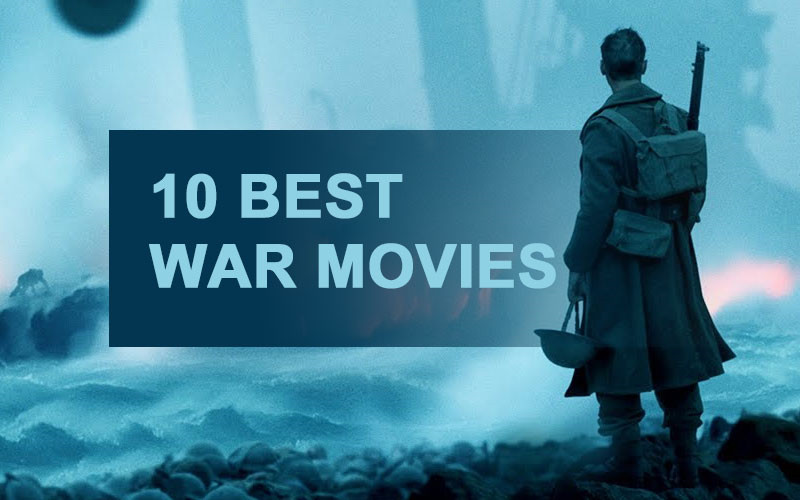 Wars are always an essential part of our history, and movies about them can often remind us of our heroe's difficult times and the importance of living in a peaceful world. Different war movies are fascinating in different ways. They may give an authentic depiction of the battle scenes, tell a touching story or even relate to those audiences who ever served in the army.

Persian Lessons, one of the highly recommended war movies 2021, have won both tears and awards, which is a good reminder of the unique charm war movies carry.

This is a list of the best war movies of all time for you: 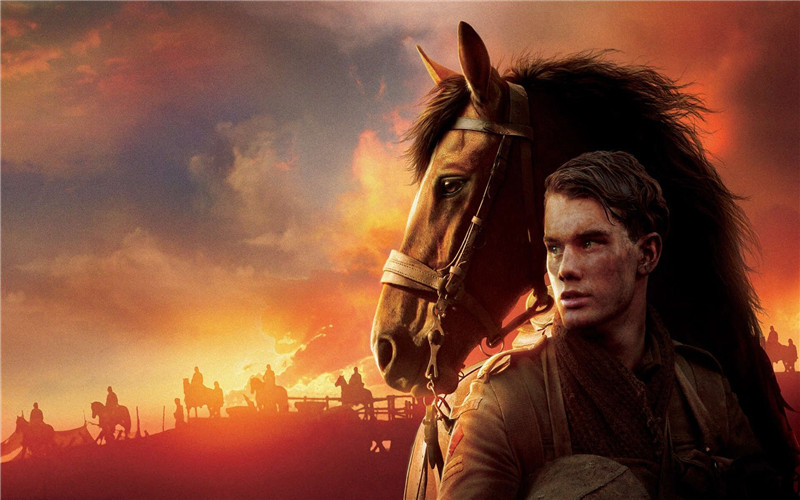 War Horse was released in 2011 and was directed by Steven Spielberg. Based on the novel of Michael Morpurgo, the movie tells a story about a young man and his beloved horse. Tom Hiddleston plays a part in it.

In 1914, a boy named Albert witnesses the birth of his horse, Joey, in Devon. The horse is frequently bid in the market and is eventually sold to Albert's disabled father, Ted, for 30 guineas, which has offended the landlord. Albert and Joey share with their friends many happy moments. However, the landowner says he'll take Joey away if the horse can't plow the field. So Albert, under pressure, saddled Joey, forced him to plow, and even used a whip, but he couldn't bring him to heel. To pay his debts, Ted begins to plow the fields himself. His hard work has paid off, and the crops are harvested, but heavy rain has ruined everything. When the Germans attacked, Ted was forced to sell his horse to the cavalry for 30 guineas. Albert can only see Joey off to an uncertain battle with tears. During the war, Joey's owners keep changing, from the English captain, the French farmer, and his granddaughter, to the German cavalry, but the horse is still waiting for his rightful owner, Albert. 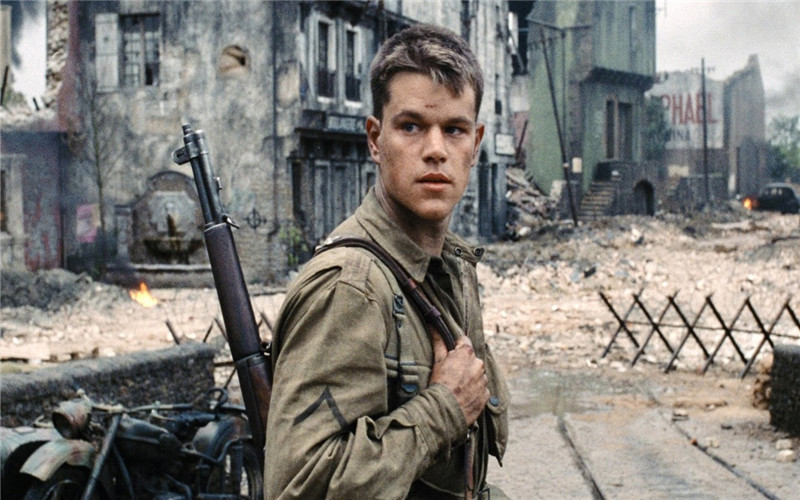 Saving Private Ryan was released in 1998 and directed by Steven Spielberg. Robert Rodat wrote the script, and the movie is played by many famous actors, including Matt Damon, Tom Hanks, and Tom Sizemore. It is about a rescue operation during the Second World War. It is generally considered one of the best war movies of all time.

Ryan is an American paratrooper trapped behind enemy lines during World War II. More tragically, all three of his brothers have died in the war, and if he died, his elderly mother would have been left helpless. The U.S. General Operations Command learns of the situation and assembles a rescue team, including Captain Miller and others. However, the enemy is dangerous, and they are constantly risking their lives. They doubt whether it is worth risking the lives of eight people to save one. People have been searching for Ryan, some dissatisfied, some enthusiastic, some curious about the rescue effort. 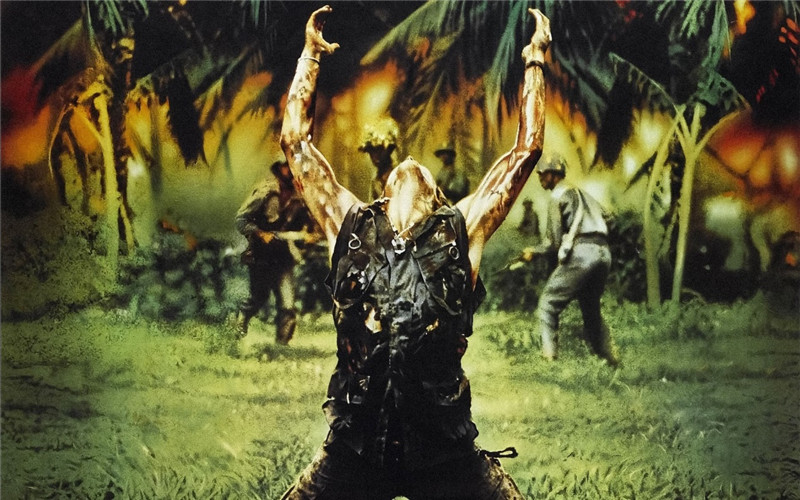 Platoon is one of the often-mentioned Vietnam War movies. Directed and written by Oliver Stone, the movie is a good attempt to show the dark side of the Vietnam War. Young Johnny Depp plays a part in it.

Chris is an American college student who goes to Vietnam to serve on the front lines and is assigned to an infantry unit. Two men in the army continue to impact him -- Elias and Barnes. The two men hold very different views on the war. The former is unwilling to kill innocent people, while the latter has killed many people, and Chris is very confused about who is right. Barnes has unleashed a bloodbath that bled entire villages in Vietnam. Elias urges his friend not to be so cruel. In a jungle war, behind everyone's back, Barnes pulls the trigger on Elias. Chris witnesses everything, and he finally has got the answer. 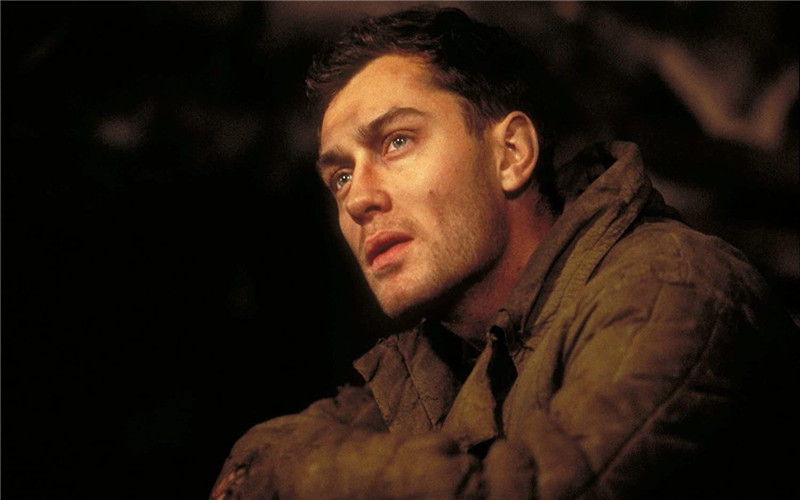 Directed by Jean-Jacques Annaud and written by Alain Godard, the movie is again about the Second World War and particularly about the battles between Russian and German forces.

During the Battle of Stalingrad, Vassili is a sharpshooter in a Megatron unit. His good marksmanship has struck the enemy with terror. Vassili's comrades - Soviet military propaganda officer Danilov- told many of Vassili's heroic stories in the newspaper to boost morale. However, the arrival of Tania makes Vassili and Danilov fall in love with her. But Tania liked Vassili, making Danilov very jealous. On the other hand, the Germans send in their sniper to deal with Vassili. 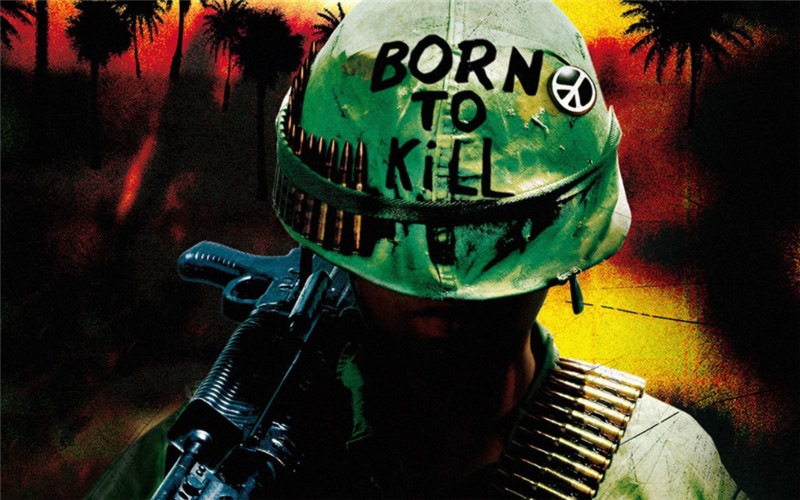 Full Metal Jacket is one of the very good war movies on Netflix. This one of the best old war movies is directed by Stanley Kubrick. The cast includes Matthew Modine, Adam Baldwin, Vincent D'Onofrio, and so on.

During the Vietnam War, the U.S. military has heavily conscripted. Many young men are conscripted into the army and have been subjected to a brutal training in new barracks. Bill often makes mistakes. Pvt. Joker is ordered to help Bill, but he keeps messing everything up, causing trouble for others. When others beat him up, Bill goes into a trance and shoots his instructor before killing himself on the eve of graduation. Joker is then assigned to the army newsgroup. He sees from interviews that his contemporaries have become numb and cruel. 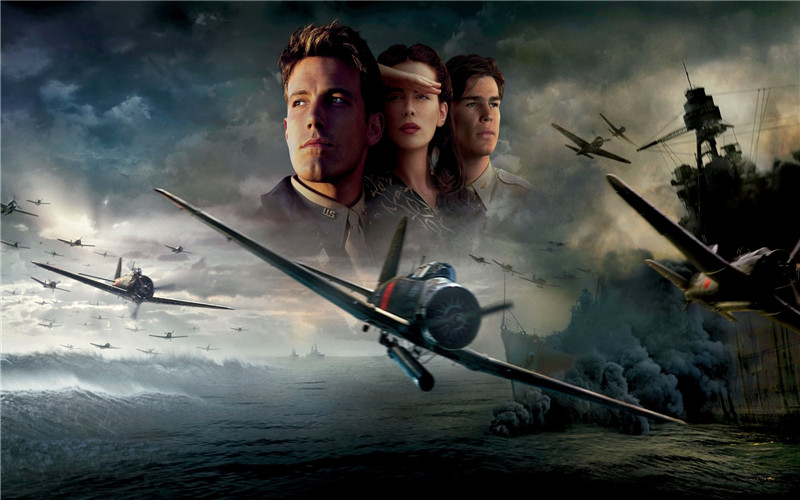 Pearl Harbor is one of the best war movies based on true stories. Directed by Michael Bay and written by Randall Wallace, the movie shows how strong men can be when they are united.

Rafe and Danny is a pair of good brothers from childhood. The two both have a great interest in flying the airplane, so they have learned to fly together. In the beginning of World War II, the two join the United States Air Force. During their training, Rafe falls in love with Evelyn, a female nurse in a military hospital. To assist European countries to resist the aggression of Nazi Germany, the United States military has decided to send elite troops to the European continent. Rafe has volunteered to go to the battlefield, and asked Danny to take care of Evelyn. Soon, the sad news has come. Rafe's plane is unfortunately shot down by the German army in the air battle, without no survivors. Evelyn and Danny are in great pain. To their surprise, Rafe is not dead. The three are reunited. The Japanese attack on Pearl Harbor has made Rafe and Danny decide to work together. 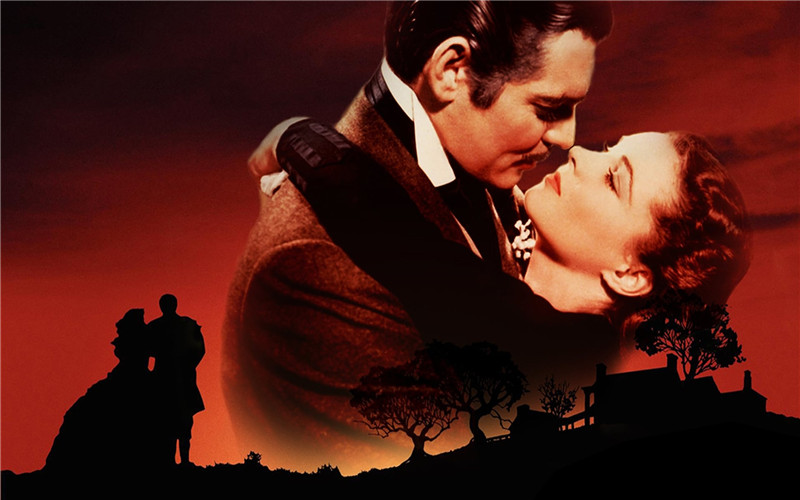 Released in 1939, this movie is undoubtedly one of the best civil war movies. The movie is based on Margaret Mitchell's novel that bears the same name and tells the greatest romance of all time. Every detail of the epic movie is perfect.

On the eve of the Civil War, Scarlett, the daughter of Tara Farm's owner, falls in love with Ashley but gets rejected. To get revenge, she marries a man she doesn't love, Charles. During the war, Scarlett has become a widow, lost her mother, and shoulder the burden of life. After the war, she married twice to Rhett, a speculative businessman who has loved her for years. But Scarlett's feelings for Ashley have not changed through all the hardships of life. The death of Ashley's wife, Melanie, gives Scarlett a chance. She has to choose between her dear husband Rhett and his passion Ashley. 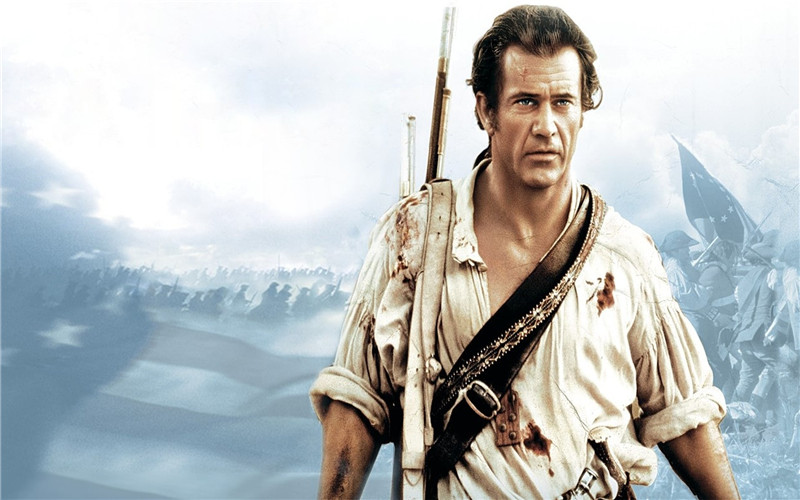 The Patriot is one of the revolutionary war movies. Its director is Roland Emmerich, and Robert Rodat finishes the script. Many people who have watched it said that the movie could help us better understand the meaning of the war.

The story takes place during the American Revolution. Benjamin is a French-American who has fought in the wars with the French and Indian. The cruel war takes away his beloved wife, so he vows to stay away from the war forever. When the English colonists brought the war to Benjamin's home, his first choice is not to fight but to hide. When he finds out that his eldest son has joined the locally organized Patriot Army, he doesn't follow. But when his eldest son is captured by the enemy and his youngest son is killed to save his brother, Benjamin could not hold it any longer. It has become clear to him that only resistance could save his home from the war. 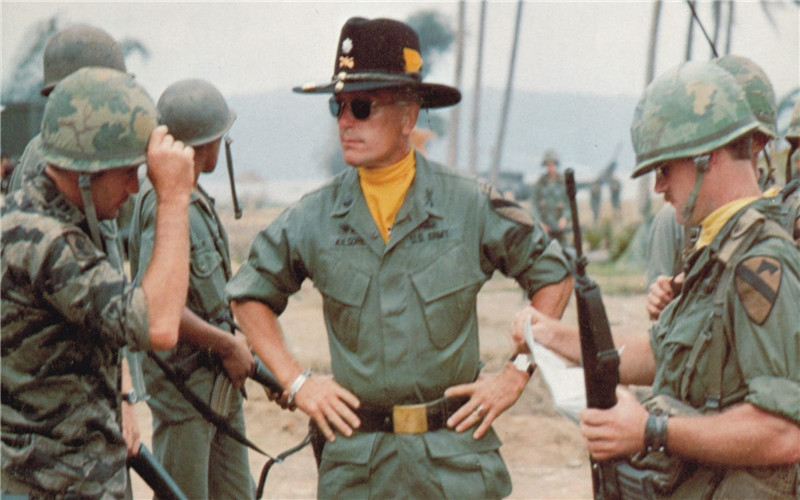 As its name may have suggested, the movie is a good reflection of the cruelty of the war. It is directed and written by Francis Ford Coppola and is one of the classic Vietnam War movies.

In the late phase of the Vietnam War, U.S. Army Captain Willard is ordered to travel up the Mekong River to retrieve or kill Colonel Kurtz, who has broken away from the U.S. Army and set up his kingdom in Cambodia. Colonel Kurtz is a hero of the United States Army in Vietnam. Then one day, he disappears. Later, intelligence suggests that he has established his kingdom in Cambodia, with his own army, against the Americans. As Willard and several other soldiers make their way up the river, they witness American soldiers' and locals' atrocities, killings, and unnatural behavior. Willard is horrified by the long-lasting war. Locals finally catch Willard in Kurtz's kingdom in Cambodia. Kurtz, however, wants to die and asks Willard to blow the place to the ground. 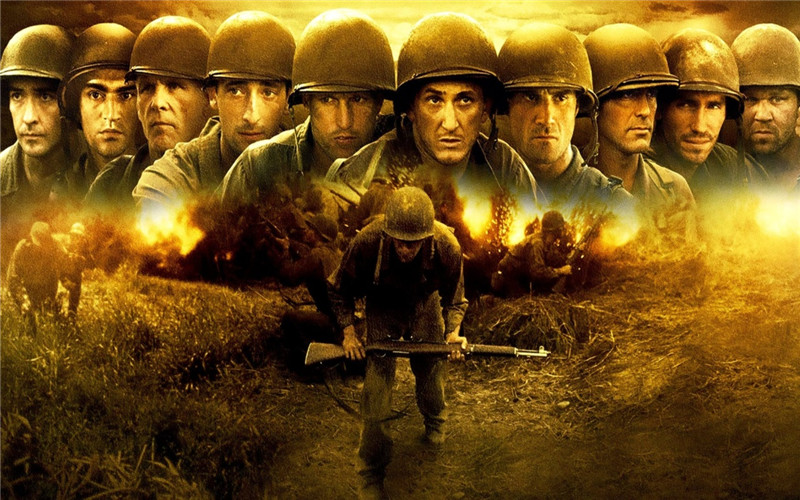 The Thin Red Line is a movie about the Second World War, released in 1998. It is directed and written by Terrence Malick. The cast includes Sean Penn, Jim Caviezel, Adrien Brody, Ben Chaplin, and so on.

In 1942, the Second World War reached its peak. Japan and the United States have engaged in fierce competition in the South Pacific. The sound of gunfire destroys humanity. A U.S. Infantry is given a difficult task. They are ordered to land on Guadalcanal and recapture Japanese position 210. The Japanese are in the best position to defend. The men of the infantry march forward, even in the face of fire.

All the movies on this list are purely good war movies. Movie fans are attracted to them for different reasons, such as the scene, the special effects, the re-enactment of famous battles, or the story and the emotion. Whatever it is, as we review those unstable periods in history, we would appreciate what we have now more. The lessons learned from those wars and battles will be passed through various forms of art, and movies are one of them.