Rob Zombie is a versatile artist and also a particularly talented director. Here is the full list of best Rob Zombie movies update in 2022. 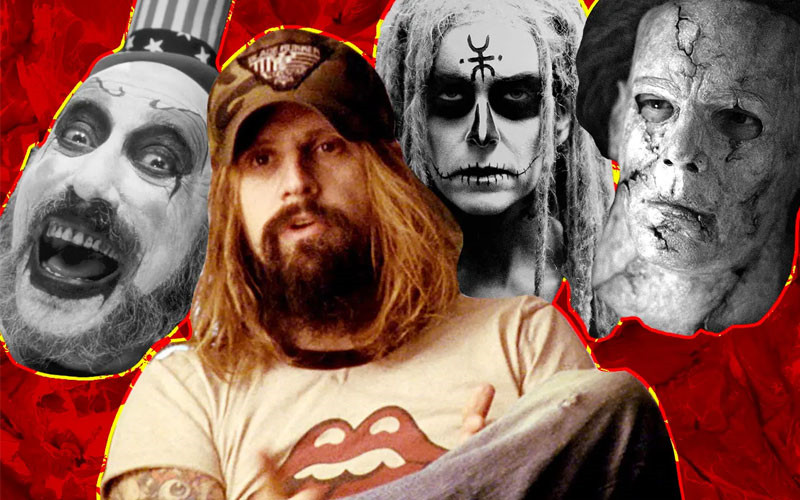 Rob Zombie movies are basically horror movies with mysterious and murder elements. The characters of one of his movies will sometimes reappear in another work of his. Some of his classic works are widely celebrated and get liked by audience of different age groups.

So today we have prepared for you this list of the best Rob Zombie movies ranked by release date. They are: 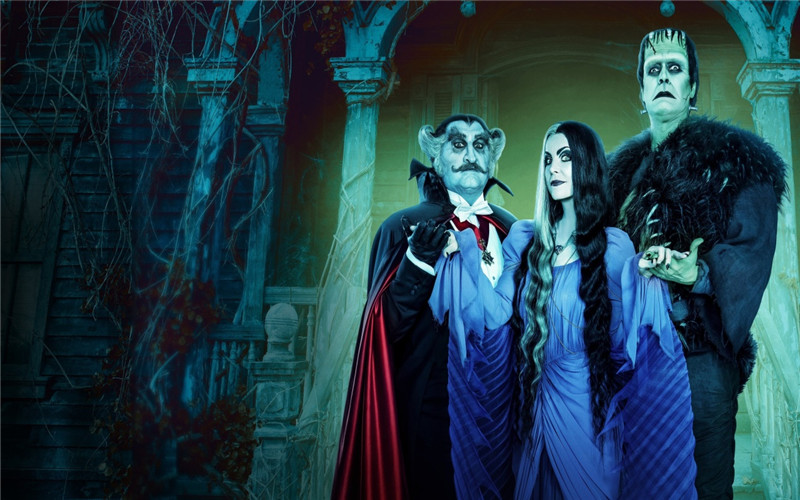 The Munsters is a zombie movie released in 2022. It is a new Rob Zombie movie and one of the very good zombie movies on Netflix. Directed and written by Rob Zombie, the movie includes the participation of Jeff Daniel Phillips, Sheri Moon Zombie, Daniel Roebuck, Jorge Garcia etc.

Lily is a typical 150-year-old lovelorn vampire who's looking for the man of her nightmares -- until she lays her eyes on Herman, a 7-foot-tall green experiment with a heart of gold. It's love at first shock as these two ghouls fall fangs over feet for each other in a Transylvanian romance. Unfortunately, it's not all smooth sailing in the cemetery as Lily's father has other plans for his beloved daughter's future, and they don't involve her new bumbling beau. 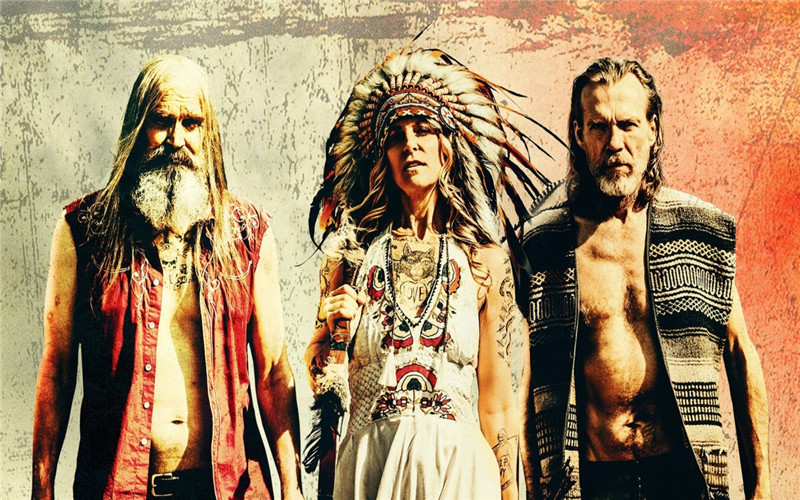 3 from Hell is released in 2019 and is one of the Rob Zombie directed movies in recent years. The movie features the acting of Sheri Moon Zombie, Bill Moseley, Richard Brake, Jeff Daniel Phillips and Dee Wallace. You can rent this movie on YouTube or Apple TV or buy it on Google Play.

Having survived in the prison and got out, the crazy Firefly families go on the run and are involved in a whole new series of murders, madness, and chaos. Otis, Baby and Captain Spaulding miraculously survive a shootout and are put on trial for their crimes. Coverage of the trial is broadcast across the country, prompting protests from fervent supporters who insisted on their acquittal and called their crimes as a means of fighting the system. Nevertheless, the three are found guilty and sentenced to life imprisonment. After the final verdict, Captain Spaulding first kills himself. Otis and his brother, Winslow Foxworth manage to escape by killing all the police chasing after them. In the process, Otis also has killed Rondo. At the same time, due to the further deterioration of her mental state after imprisonment, Baby has failed to apply for parole. 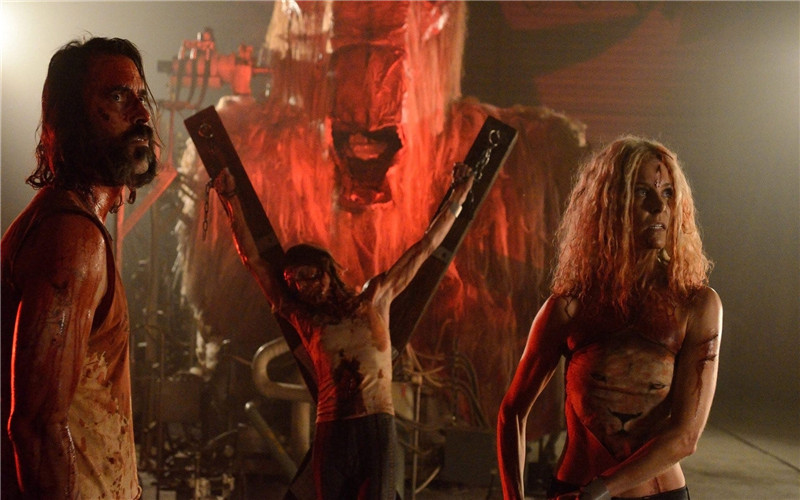 This is one of the best rob zombie movies. The characters in this movie are basically the same as those in the previous movie introduced. Actually, it is a precedent to the 3 from Hell. It is a representative of the many Halloween movies rob zombie.

On a Halloween eve, five carnival employees have been kidnapped and held to an isolated and mysterious compound. On Halloween, they are thrown into a sadistic game called 31 where they face a group of crazy people dressed like clowns. However, the Joker is not the only thing to worry about; a grander cult ritual and a more brutal plot will be shown before them. 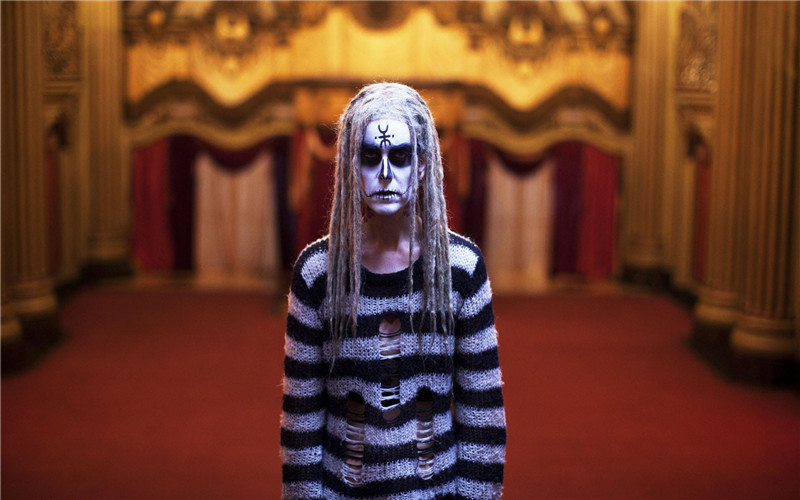 The Lords of Salem is released in 2012 and the story is written by Rob Zombie, too. This is one of the Rob Zombie horror movies, featuring supernatural elements and revenge plots. Sheri Moon Zombie again is on the cast list.

A local DJ in a small town has mistakenly revoked a hellish curse and a great number of strange happenings occur. It turns out that the streets that the townspeople of Serra walked every day were once filled with innocent people who had been convicted and executed for being witches three hundred years ago. The Lord of Serra had practiced cruel policies in the town, but there are four witches who secretly swore as they were tortured and killed that one day they would return for revenge. 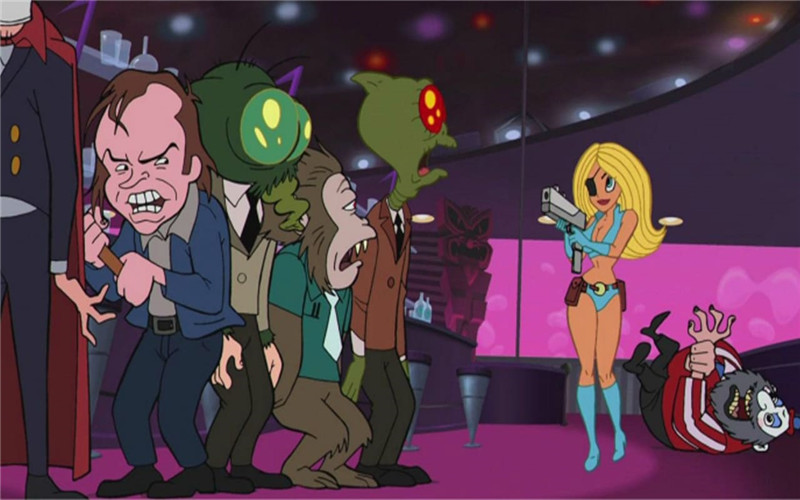 Of all Rob Zombie movies this is one of his very few animations. It is not as scary as his other works. With interesting storylines and cute cartoon figure the movie is suitable for children to watch. The voices of characters are contributed by Joe Alaskey, Ken Foree, Tom Papa, April Winchell, Dee Wallace, Laraine Newman Cassandra Peterson etc.

The story follows the adventures of Superbeasto, a Mexican fighter, his partner, and his sister. They take the challenge with the powerful and evil Dr. Satan in a struggle on a place called Devil's Island. 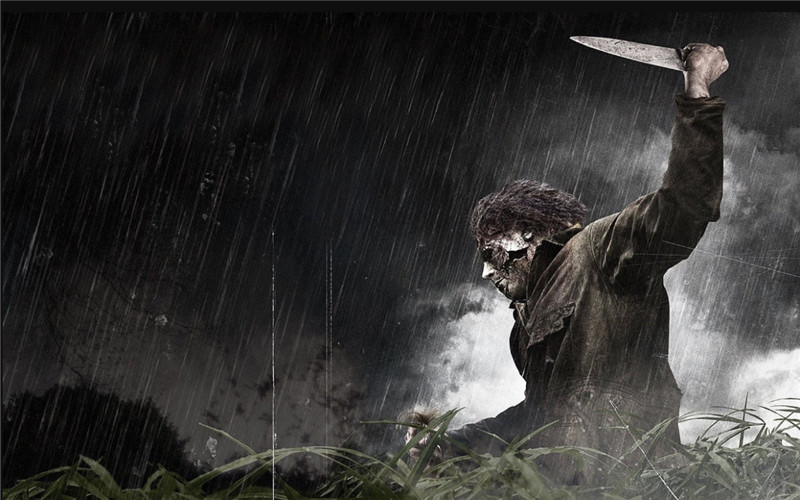 The story takes place in the small town of Haddenfield, Illinois. The notorious serial murderer Michael Myers is taken down under the gun of a teenage girl Laurie, but his body mysteriously disappears later. Meanwhile, in the hospital, there is a strange patient of unknown identity. Another bloody killing is about to happen. Laurie is lucky. She once again manages to escape from Michael's chase. However, she is still in great peril because she knows that Michael, if not killed, will always return and catch her again. One year has passed, Halloween comes again. At the same time a memorial to the victims will be held. Laurie could feel that a pair of familiar eyes is watching her silently. 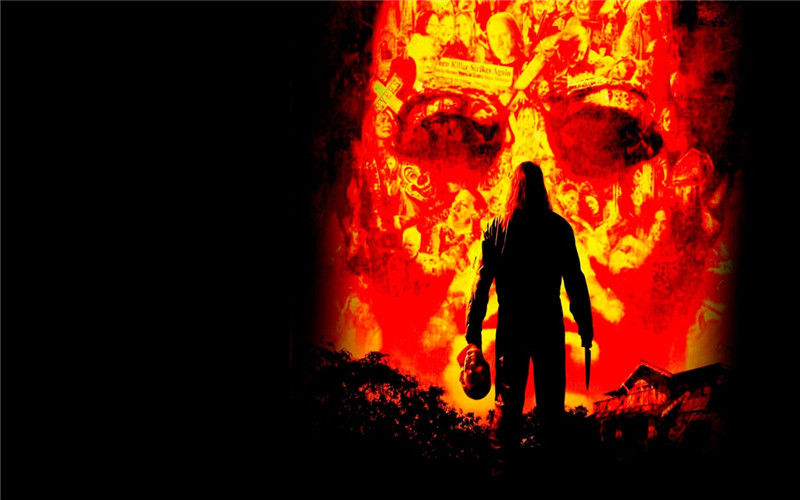 The previous movie is a sequel to this movie. Although there are plenty movies named as Halloween, this one is still worth mentioning as the main character Michael Myles is the most important character in Rob Zombie’s movie universe. This callous murderer by nature is horrible but to many fans, he is horrible in a charming way.

On a night in Hoden Plains, Illinois, United States, 1963 a strange tragedy happened in darkness. Michael Myles is only six years old but has cruelly killed his mother's boyfriend and his sister. In fact, this particular little boy seems to have an evil nature. It surprises everybody that the boy at only six years old has shown his ferocious nature. And every Halloween he will become active and begin to kill. 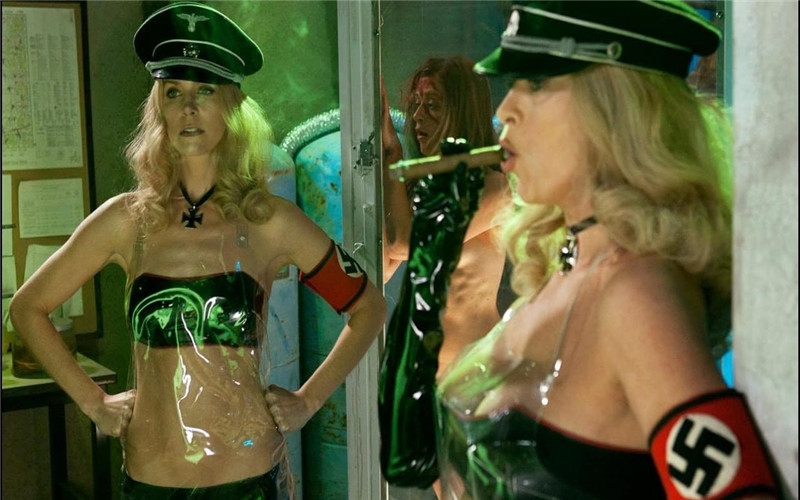 This is one of Rob Zombie directed movies that takes background of the Second World War. It is about the story of a dangerous beauty. Released in 2007 the movie is different from those Rob Zombie new movies for its originality and sexual excitement. The movie features the acting of Nicolas Cage, Udo Kier, Sheri Moon Zombie, Sybil Danning, Tom Towles, Bill Moseley, Andrew Martin, Oleg Prudius and Alice Kim Cage.

A beautiful and evil senior SS officer/doctor creates a mutant human (half-human, half-beast). The Beast is extremely sexual, and the officer uses it to torture female prisoners while the Nazis are standing by, watching. The dwarf beast's diet is loaded with aphrodisiacs. In addition to wild animals’ tortures, prisoners, male and female, will be stripped naked and forced to endure interrogations, electric shocks, deliberate rapes and beating. At the same time, a group of Italian partisans in the local village are preparing to attack the Nazi concentration camp. 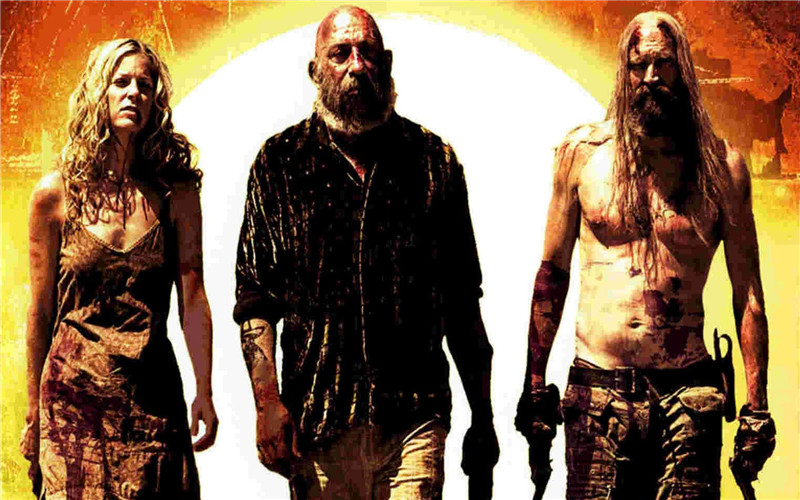 Released in 2005 this movie is directed and written by Rob Zombie and is considered as one of the best Rob Zombie horror movies. Sid Haig, Bill Moseley, Sheri Moon Zombie, William Forsythe, Ken Foree, Matthew McGrory, Leslie Easterbrook, Geoffrey Lewis and Priscilla Barnes play a part in it.

On May 18, 1978, seven months after the Halloween sacrifice, Texas Sheriff John has led a large group of state troopers in a search for the Firefly family, who had committed more than 75 murders over the years. The Family has armed themselves and exchanged gunfire with the police. Finally, one of the sons was killed and the mother of the family was detained. The eldest son Otis and the daughter manage to escape. After killing the driver, they steal a car and wait in a run-down motel called Kahiki Palms to meet their father, Captain Spaulding. 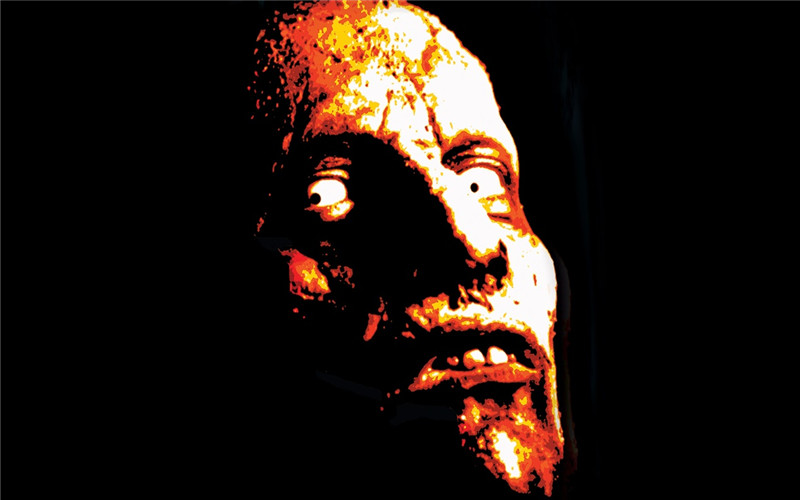 The movies is released in 2003 and again Rob Zombie directs and writes it. The movie includes the a cast list of Sid Haig, Bill Moseley, Sheri Moon Zombie, Karen Black, Erin Daniels, Chris Hardwick, Rainn Wilson, Jennifer Jostyn, Tom Towles and so on. It can be streamed on AMC Amazon Channel and bought on Google Play, YouTube and Apple TV.

On October 30, 1977, two amateur robbers, Kiel Kyle and Richard Vick, attempted to rob a gas station, but were killed by the eccentric Captain Spalding, and his assistant, Lavelli. Later, Jerry Goodsmith, Denise Wiley, Mary Knowles and Bill Hadley are hoping to write a book about roadside attractions. When the four meet Captain Spaulding, they discover that he also runs The Museum of Monsters & Madmen, and get to know the existence of a local legend, Dr. Satan. When they go to find the tree where Dr. Satan was hanged, they meet a young hitchhiker named Baby, who claims to live nearby. Soon after, their car gets a flat tire because of a trap, and Baby takes Bill into her house first. Later, Rufus, the baby's brother, takes them to the house and tows away their car to help change the tire.