Looking for scariest Clown Movies in horror history? Find what to watch besides the blockbuster classics like Stephen King's "It" and check this horror clown movies below. 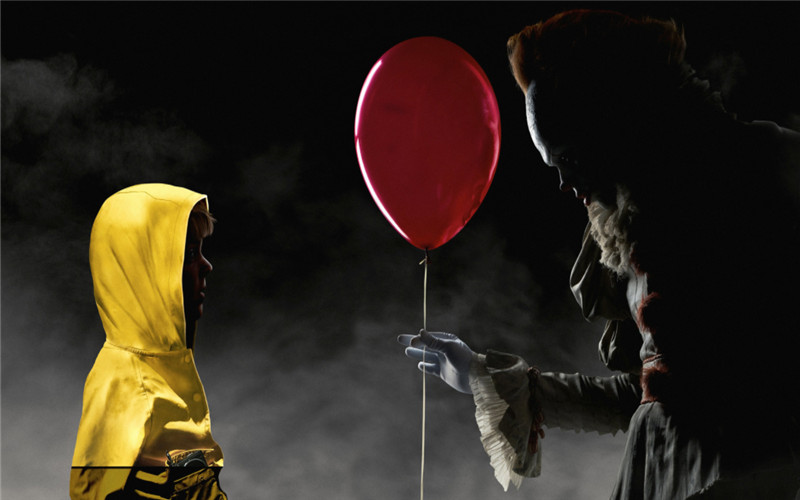 In the scary movies with clowns, whether based on a real story or fictional, clowns are always presented as the creepiest killer. The clown is not only appearing in novels and movies. In ancient times, there were such roles in every region, such as the jester. To satisfy people's evil interests, the clown will be laughed at and often be disabled or different from ordinary people. As a result, these clowns will have some mental convenience and violence. 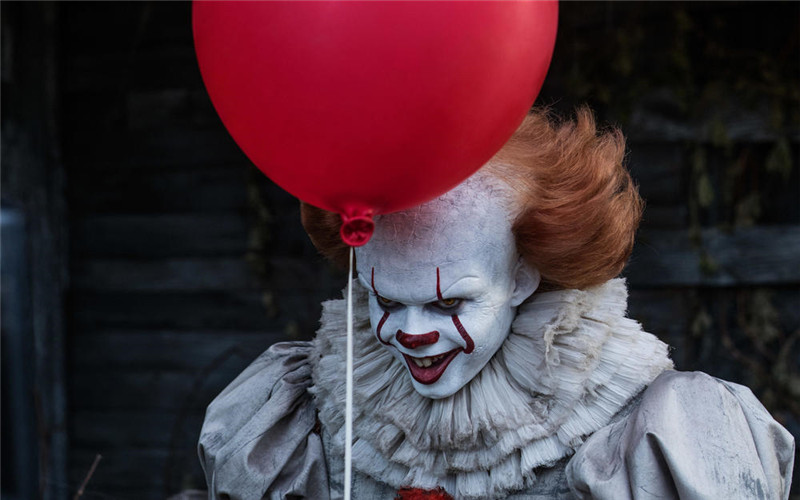 It is a one of most classic clown movies released in 2017. Derry town in Maine, USA, is a town formed by loggers in the pioneering American period. It is a rural and comfortable town. The only exception is that this town's number of missing children and deaths is six times higher than the national average. Until one day, some children began to see some strange visions. A clown with red hair and white clothes often appeared in front of the public. Only children could see the clown, but it could appear anywhere and at any time, turning into any horrible thing, frightening and then eating them.

No one knows who the clown is. As more children disappeared, the police ordered a curfew after 7 p.m. every day, but it was still of no avail. At this time, Billy, a pupil who has lost his brother, slowly touches the core of the incident to unveil the truth. It turns out that it is not a human being but the curse of the supernatural force in Derry town. The dancing clown Pennywise has existed for hundreds of years. Penny will be back in the town every 27 years, taking the life of children and washing away the memories of adults. Billy and his six friends decided to stand up together to keep Pennywise away from his plans. 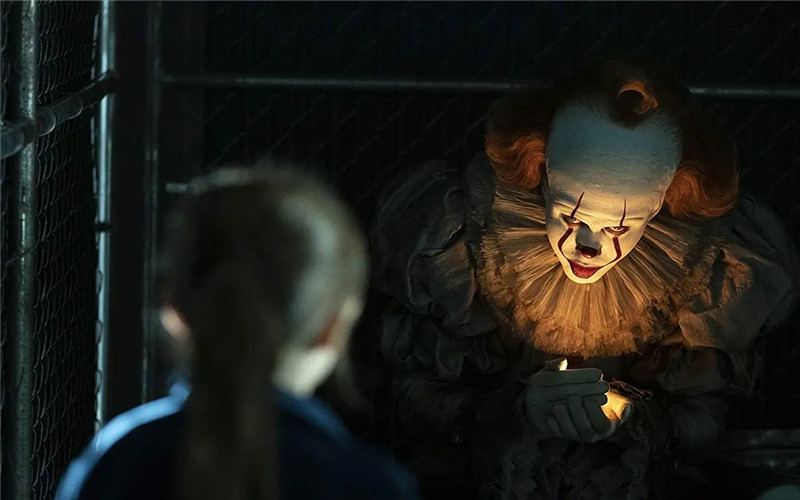 Following the first clown movie, "It," 27 years after the fight with the clown "Pennywise" in 1989, these kids all grew up. They once agreed that they would assemble in Derry town against the clown Pennywise again when the darkness came again. However, when the clown reappears, They return to their nightmare hometown under the call of Mike, who is left behind. The increasingly cunning clown wantonly attacks the most vulnerable part of everyone's heart, and the nightmare seems to have no end.

Derry is a very strange town because it has a major casualty every 27 years. To survive here, you need the ability to put the past behind and keep moving on; people coming out of Derry, as if all have such a common, is forgotten. It's not just Derry, the world of growing up is full of names and things that are forgotten and fuzzy, and if you don't keep track of them, you will lose more than half of them in a few years, like a handful of sand in your hand, almost all the boys from Derry were stunned when Mike called. Derry, by its very name, is like a black hole. They had tried, for decades, not to think about the black hole where they once lived, but the blood oath, the re-emergence of the scars, are beckoning them to face the object of childhood terror again. It Chapter Two is another masterpiece of horror clown movies’history. 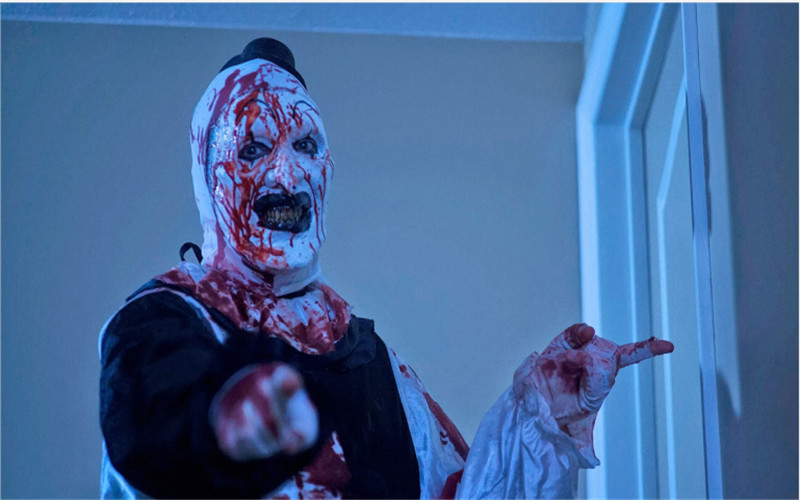 All Hallows' Eve is 2013 American clown movies by Damien Leone. One Halloween night, Nanny Sarah was hired by a family to take care of their children, Tia and Timmy, while the host and hostess were away for the holidays. Naughty and rebellious Timmy stumbles across an unknown videotape that Sarah slips into the player. There are three horror films on this tape, all of which tell the story of young girls being stalked, tortured, and imprisoned by horrible clowns. After the first story, Sarah urges the children to bed while she watches the rest of the film alone.

Jocker is not a one of those typical clown movies; it tops other films with clowns for best acting from actors and story. Arthur is a young man. He lives with his sick mother, penny, and takes care of her. Arthur worked as a clown in Gotham. At the same time, Thomas, a billionaire businessman, showed an obvious interest in running for mayor. Arthur has been troubled by mental illness. He can't control some of his behaviors, which makes him the laughing stock of people from time to time, and these ridicules are very inappropriate. He has no real friends and no outlet to stabilize his negative emotions. He has been paying close attention to the lives of two people, one is TV talk show host Murray, and the other is Sophie. The latter is a young single lady who lives in Arthur's apartment and has expressed some temporary goodwill to him, which makes Arthur enter the stand-up comedy industry.

"The Joker" is very cold in terms of angles, color combinations, background, and music because it's all exactly right for the character. It all sounds like a simplistic mockery of today's world. As Clown's line goes: Isn't it up to you to define what's good, bad, Funny, or not? It was a very depressing movie from beginning to end, a very big movie, and I could always look at it and just let out a sigh of relief, from the beginning of the movie, from front to back, even though it didn't forget to make a joke, no one could laugh. People with poor mental endurance are highly discouraged from watching this non-typical clowning film! 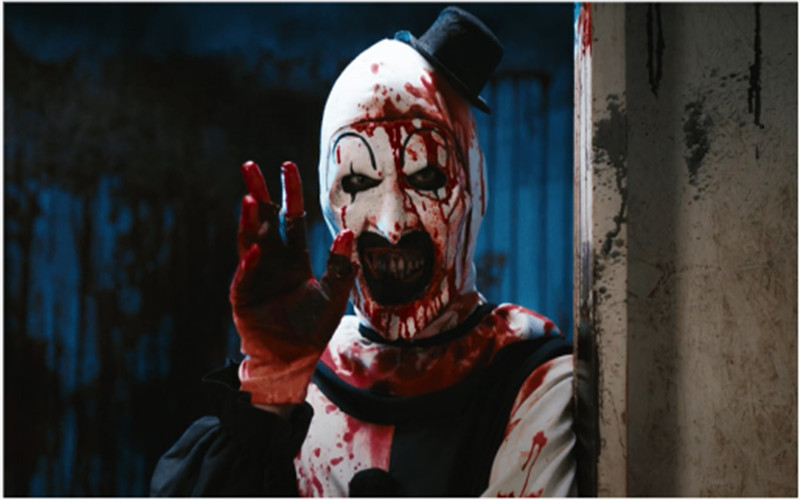 Terrifier 2 is one of 2022 American horror clown movies directed by Damien Leone. An evil force awakens the killing clown art. On Halloween, the killing clown at returns to miles town. His purpose is to capture a young girl and her brother and kill them on the night of Halloween. The clown at kills without blinking an eye, and the number of victims continues to increase. While fighting for survival, the sister and brother also explore the motive behind the killing of the clown At. 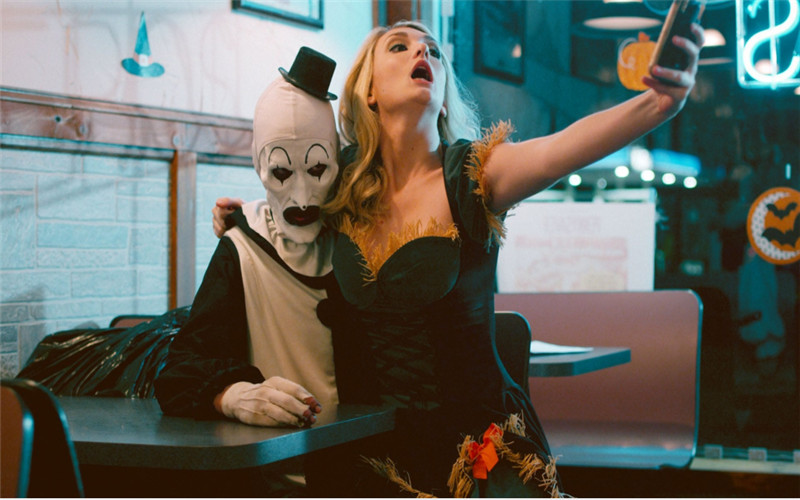 The story takes place on the night of Halloween. Monica and dawn leave a party drunk and walk on the cold street. They plan to go to a pizza shop to get some food. A man dressed as a clown follows them into the shop. Although the clown's appearance is very horrible, his personality seems to be very lovely. Besides, he makes a mess of the toilet in the shop and blows up the owner. After that, Monica and dawn leave the shop. Dawn enters an apartment to go to the toilet. Monica waits for her on the roadside. The clown reappears behind her. This time, the clown wants to do more than just make her laugh. The clown knocked dawn unconscious. When dawn woke up again, Monica, who was hanging upside down, and the clown holding a chainsaw on one side, came into sight. 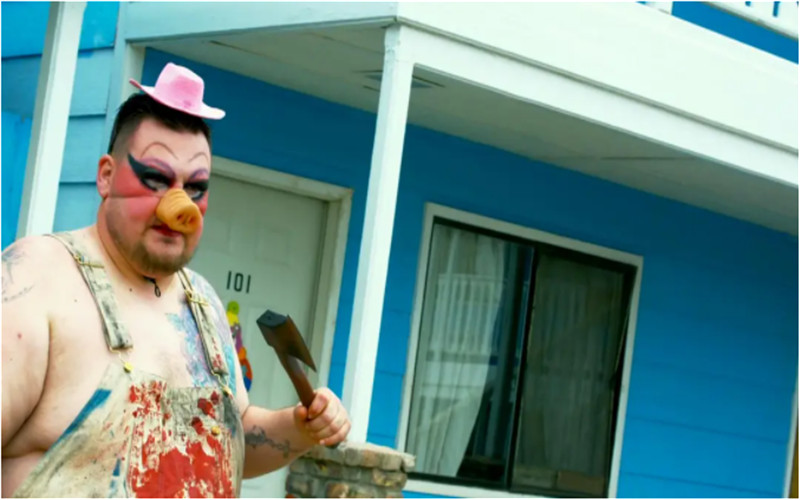 A group of "Ghost Hunters" returning from an old ghost town and a bachelorette party returning home from As Vegas stumble across the "Clown Motel" in the middle of nowhere. Though no one is there to greet them, the two groups decide to stay for the evening. However, after a wild night of partying, they awake to find their vehicles sabotaged, leaving them stranded, to discover if this motel is truly abandoned or if it is home to the souls of the clowns who once lived there. 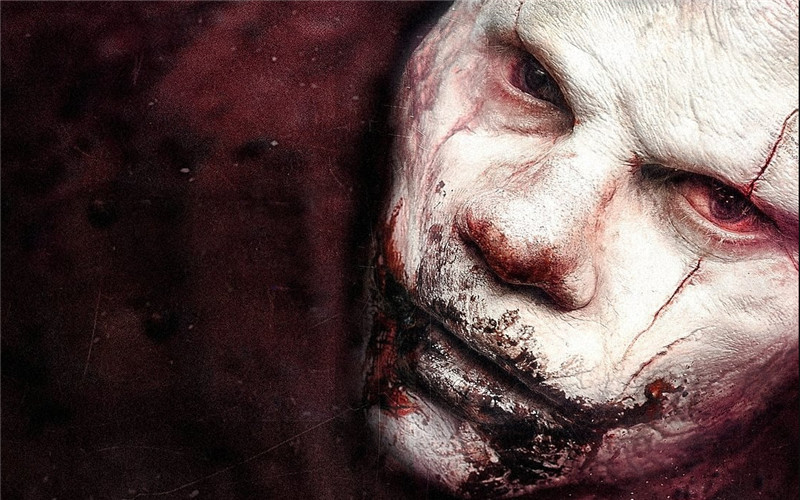 In a certain family in the United States, the children laughed happily and were very happy. Meg, the hostess, is preparing a birthday party for her son Jack, but a sudden phone call from both of them makes her nervous.

It turned out that the clown they had hired could not come temporarily. MEG had to call her husband Kent, a real estate agent, who was working outside. Kent had no choice but to find an old clown costume in the old house he was in charge of, which made him survive his son's birthday party. The next day Kent went to work as usual, but he was surprised to find that the clown's clothes could not be removed from his body, and even the knife and ax tools did not work. He followed the clues on his clothes to ask for help and found that the horror of this suit was far beyond his imagination. 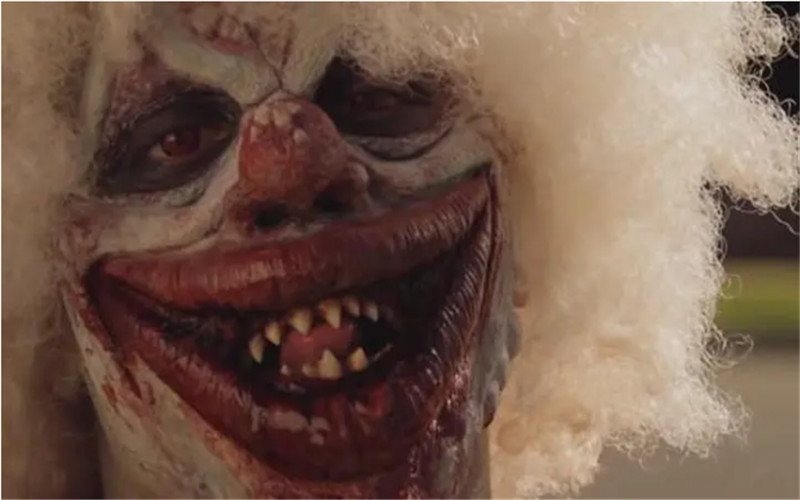 The creation of filmmaker Michael Emanuel, Scary or Die tells five interwoven horror stories that take place in and around the “City of Angles”. A flesh-eating clown desperately trying to protect the person he craves the most; a dirty cop and a hit gone wrong with a vengeful Necromancer; a beautiful but mysterious woman and a lonely man looking for love in all the wrong places; a gruesome, blood-splattered uprising of illegal Mexican zombies; and a Cajun conjurer grandfather whose gift of never-ending love goes terribly awry…Scary or Die is a unique experience in horror film making certain to fulfill all your twisted horror clown movies experience needs. 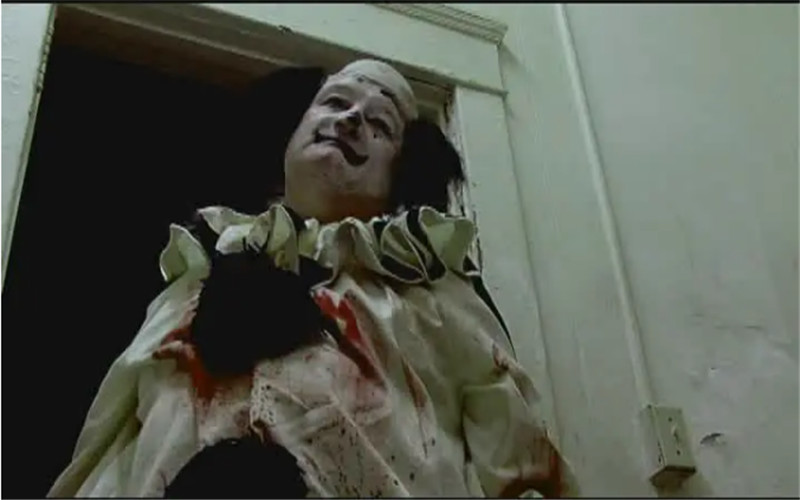 Tired of the boring work of the newspaper, columnists mark (Joe Davison) and Jennifer (Georgia Chris) are determined to find more exciting and sensational stories. By chance, they learned a news about the "tear eye killer Gurdy".

Gurdy (Jack Amos) used to be a clown in a circus. After being wronged by the police, his hatred keeps growing, and he immediately retaliates bloody against those who mocked and humiliated him. In these bloody years, Gurdy's demons kept growing.

Mark and Jennifer keep collecting information about Gurdy, but they never think that they are getting deeper and deeper. This film won the Audience Award of 2007 abnormal Horror Film Festival.