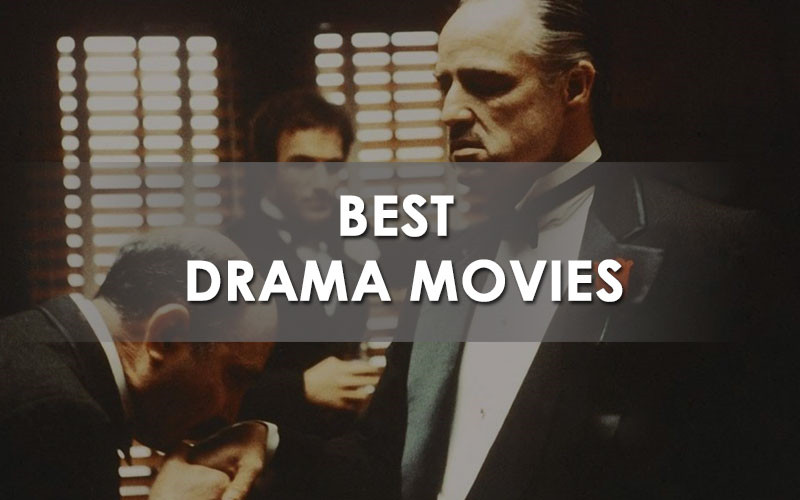 Watching drama movies let you escape the real life for a moment and experience the adventurous journey and legendary imagination in the movie. Come to see whether the list of drama movies below interests you!

Let's explore these 10 best drama movies of all time: 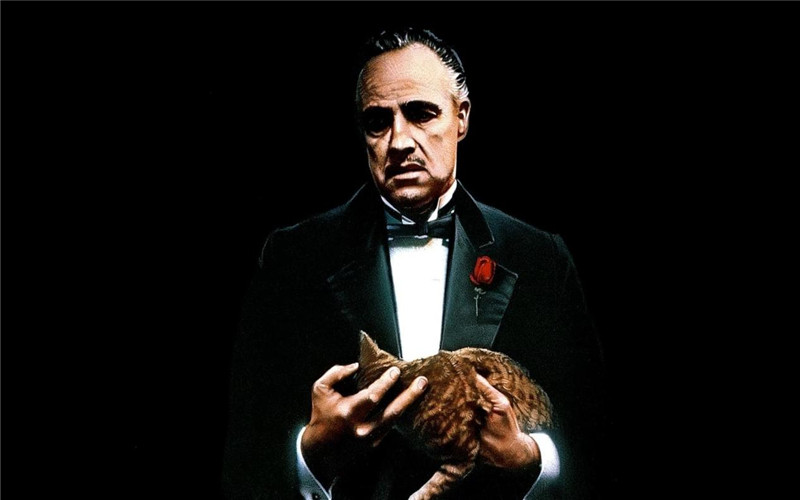 At the movie's beginning, Godfather Don Vito Corleone (Brando) attends his daughter's wedding. Vito has three sons; his eldest son, Sonny (James Caan), is evil. The second son is a coward, while the youngest one, Michael (Pacino), steps aside from their family business. As Vito's gangster empire never deals business with drugs, Vito is quite venerated. A few months after the wedding ceremony, Vito is shot by a rival family. Michael saves him from another attempt while he is recovering in the hospital. Michael then takes revenge, killing a corrupt police captain and the man who ordered the hit on Vito, after which he flees to Sicily and marries another woman. Later, Sonny is betrayed by a woman and gets shot. Michael's newly married wife also died in a car explosion. He returns home and marries Kay (Diane Keaton), his ex, a non-Italian girl. Michael takes revenge and plots to kill all who have ever attacked the Corleones. Ultimately, all his family's enemies die, and Michael becomes the new Godfather. 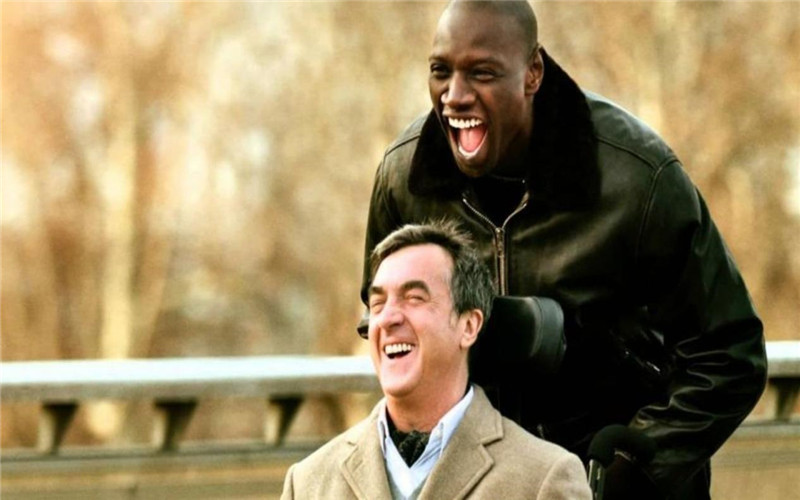 Adapted from the novel by Olivier Nakache, this film touches the deepest of our hearts. As one of the black drama movies, it's distinct from other black movies. The Intouchables tells the story of the unique untouchable relationship between a wealthy, educated black man and a coarse white man who discriminates against blacks.

Philippe, the wealthy white man, has a severe attitude towards life since he suffered an accident and becomes paralyzed below the neck. He is looking for a caregiver with an attractive salary. Driss, a black immigrant fresh out of prison, attracts Philippe's attention as he shows no compassion for Philippe's disability. That is how a great bond of friendship starts to emerge between these two characters. As they interact closer, the two men become close friends and support each other. Various comic situations make the movie easy to perceive and highlight distinctive cultural environments in which both protagonists grew up.

As one of the comedy drama movies, this film is directed by Olivier Nakache and stars Fran?ois Cluzet, Omar Sy, and Anne Le Ny. 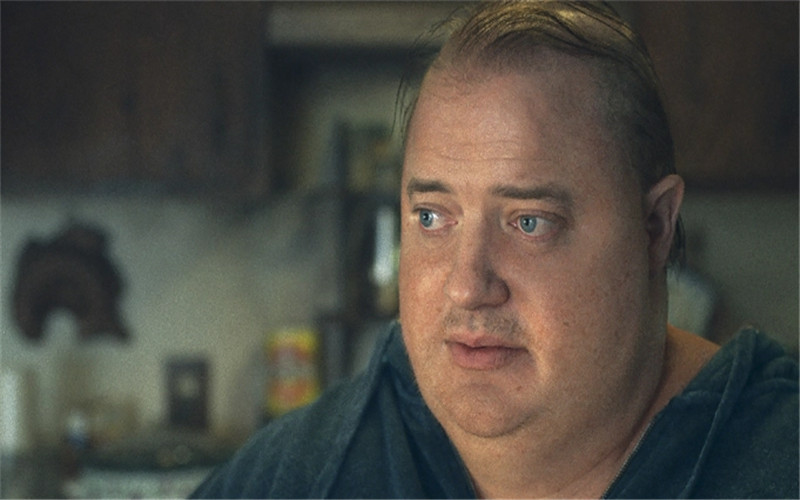 As one of the good drama movies of 2022, this film is based on a play of the same name by Samuel D. Hunter. It tells the story of Charlie (Fraser), an English teacher with an eating disorder. And her daughter estranges him. A friend of Charlie, Liz (Hong Chau), who happens to be a nurse, comes over and learns that Charlie’s blood pressure is relatively high. She warns him that he’ll be dead in a week with that kind of blood pressure. But Charlie does not want to go to the hospital due to financial problems and wants to commit suicide. His friends try to save his soul but make no difference. Only Charlie’s daughter Ellie is his hope. Ellie, a 17-year-old girl, hates her father as he has left his wife and fell in love with a man eight years ago. This is why Ellie could forgive her father. Many teenagers are angry and alienated, but they’re not just angry and alienated. There are shades of vulnerability that come with being that age.

Darren Aronofsky has brought us this new film with its intriguing plots and vivid characters. 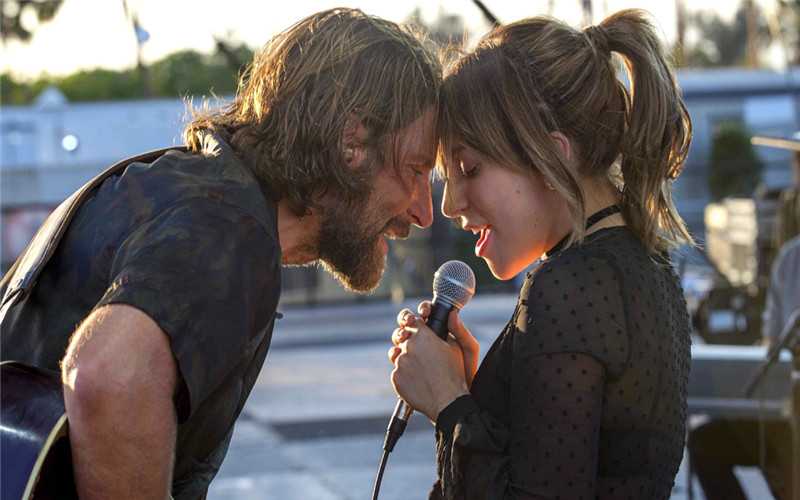 A Star Is Born (2018) is one of its kind romantic drama movies. It tells the story of two singers who pursues their dreams.

Jackson Maine (Bradley Cooper), an alt-country singer, gets drunk in a drag club after a show when he meets Ally (Lady Gaga). Ally worked at the club before and is now returning to sing a song. She used to be enthusiastic about music, but the reality disappointed her one time after another. Although she is talented, she never sings her piece in the club as she is an award, and people are attracted to her voice but feel disgusted at her appearance. However, Maine is genuinely attracted to her gift, and his eye contact with Ally shows his more profound feeling. These early scenes of “A Star is Born,” especially the first in which Ally sings in front of a Maine audience, are magical.

When Ally is getting ready to leave with Maine to get another drink, he plays a heartfelt song for the club owner, and she comes out as he’s wrapping up, making eye contact as his vocals find emotional depth. These two people fall in love with each other's talent as much as anything else, inspired by one another in a way that artists often are. 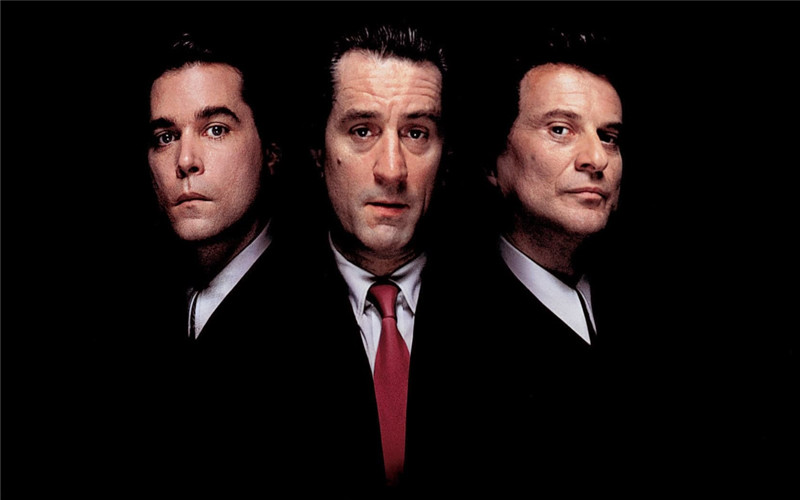 Goodfellas is one of the best drama movies on Netflix. The plot focuses on the rise and fall of Henry Hill, an American mobster, and his family and friends.

Tommy and his friends kill a gangster who has raged explosive Tommy DeVito. Henry Hill, Jimmy Conway, and Tommy are in a car late at night; Henry is driving while the other two men sleep. They hear a noise, and Henry finds out the gangster hiding in their truck is not dead and tries to get out of the car. Then Tommy stabs him violently. They are all in jail for hitting a man. When Henry’s wife tells him that she and their children did not live well, he starts to make a business of drugs in prison. After jail, he and his friends start a robbery involving considerable money. Eventually, Tommy is killed by the gangsters as they find out that he has killed their man. Henry tells the judge the truth and is transmitted to Canada, where he lives under another name peacefully. 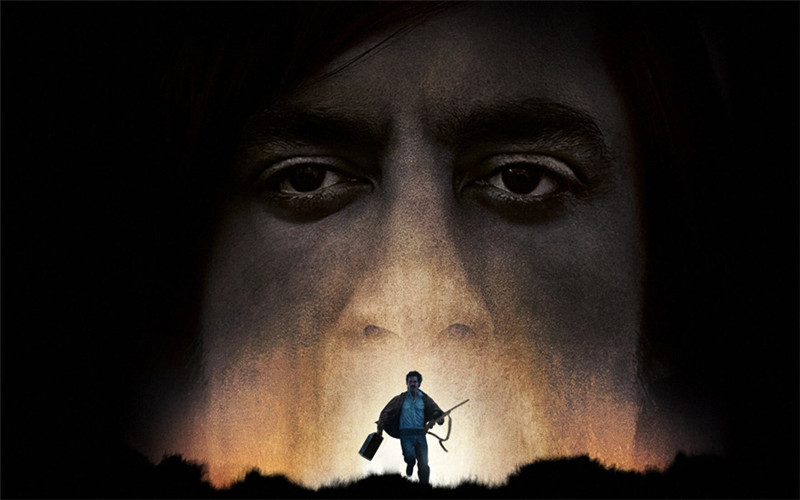 Based on the same name novel by Cormac McCarthy, this is one of Joel and Ethan Coen's thriller movies and one of the good drama movies on Netflix.

The novel's title comes from the first line of the poem Sailing to Byzantium by William Butler Yeats. It summarizes the inevitable fact that humans will grow old and meet their doom. This film depicts Sheriff Ed Tom Bell, a WWII veteran and sheriff of Terrell County, investigating a sudden murder in his hometown in West Texas. Llewellyn Moss is hunting antelope when he finds a man lying dead beside a briefcase packed with a large sum of money. Having hesitated a while, he decides to take the money back home.

Meanwhile, a pair of drug dealers discover his truck, so they search for the money. Moss begins his run. Haunted by the death of his men in WWII, Bell makes it his mission to protect Moss and Carla Jean (Moss's wife) while bringing justice to the criminals involved. 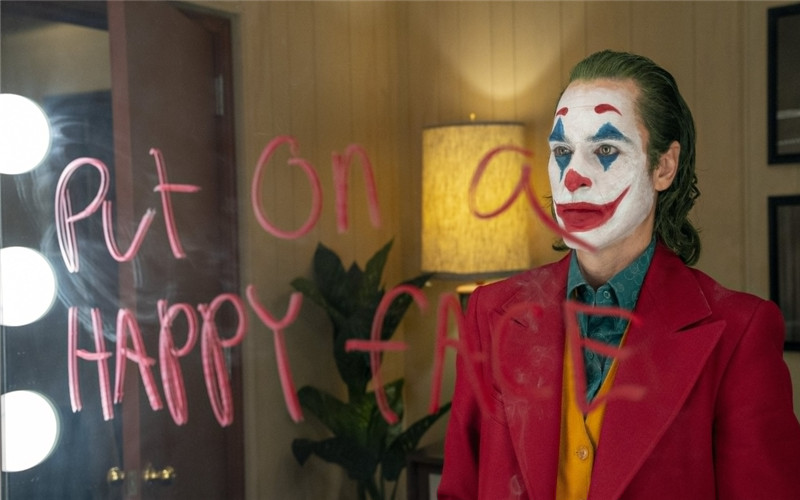 As one of the best drama movies on Netflix, the film, based on DC Comics characters, stars Joaquin Phoenix as the Joker.

It tells the story of Arthur Fleck, who is mentally ill and aspirates to become an eminent stand-up comedian. At his apartment, Arthur meets a young single mother named Sophie. He asks her to go out with him and to see one of his comedy shows. However, when he does come to the stage to have a show, he is mocked by the audience. On the way home, Arthur gets harassed by a group of white-collar Wayne Enterprise businessmen. When they attack Arthur, he promptly fights back, shooting them dead. At first, he feels remorseful. Then he pretends nothing has happened and lives everyday life. Finally, he discovers the letters his mother intended to send to Thomas Wayne, a millionaire in Gotham. The letter says that Arthur is Thomas' illegitimate child. He comes to Thomas Wayne for the truth, only to find that he is adopted and physically abused by some of his mother's boyfriends, and his mother is delusional. The abuse has left Arthur with a mental illness and a condition that causes him to laugh uncontrollably at inappropriate moments. Then he disguises himself as a joker to start his murder. Riots break out in the city, and one of Arthur's followers kills Thomas Wayne and his wife in front of young Bruce, who will be the future batman. This is one of the classic crime drama movies ever. 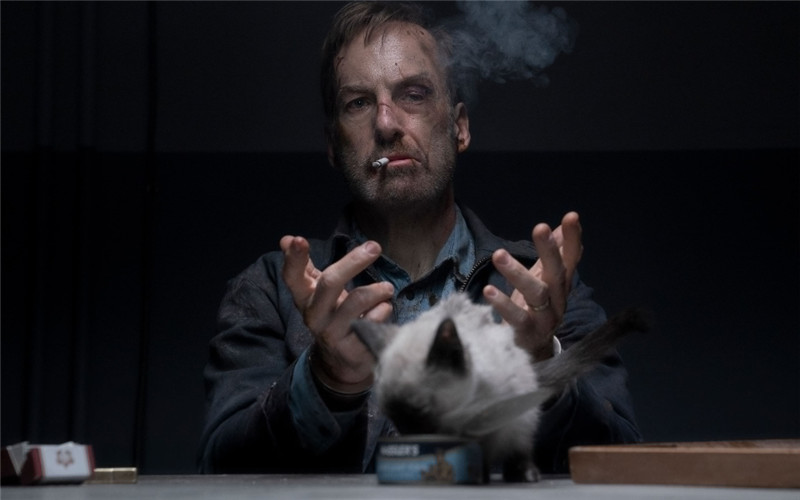 Hutch Mansell (Bob Odenkirk) lives peacefully with his beautiful wife and their children. They seemingly have a happy life, but in Mansell’s heart, he feels dissatisfied. Two masked robbers break into Hutch’s house. Hutch lets them steal his watch and doesn’t fight. He even requests his son to let his guard down and let the robber take what they want. After that, his family felt disappointed in him and began to keep a distance from him. He enables the robber to do what they want because he has noticed that the gun is loaded without bullets. But later, he begins to chase the burglar because they have taken his daughter’s bracelet. Yulian Kuznetsov (Aleksei Serebryakov), a drug dealer, pledges to destroy Hutch and his family, but he doesn’t know who Hutch is. Eventually, Hutch finishes off the revenge game.

This one of the best drama movies 2021 stars Bob Odenkirk, Aleksey Serebryakov, and Connie Nielsen. 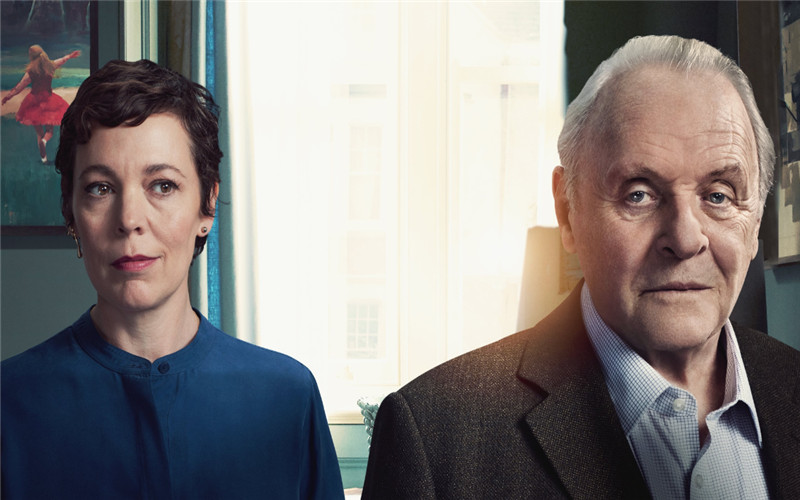 Writer/director Florian Zeller, adapting his prize-winning 2012 French play of the same name, presents a vivid story with intriguing plots in drama movies. The Father is told subjectively from Anthony's point of view. Anthony is inflicted with old age and often forgets things. His daughter, Anne (Olivia Colman), tells him that she will be moving to Paris, which Anthony feels abandoned. Anne tells him that she will come to see him on weekends and find a long-term care solution for him, either finding him a caretaker or making some other arrangements. When his daughter leaves the house, Anthony encounters something extraordinary. He sees Paul, Anne's divorced husband, standing in his living room and telling him that the apartment belongs to him, not Anthony. And Paul calls Anne, saying her Father wants to see her. Anne comes home, but it's an entirely different woman (Olivia Williams). Anne feels sad that her father doesn't recognize her. Eventually, Anne sadly puts Anthony into a nursing home, no longer able to look after him. Anthony sobs as he realizes he has no idea what's going on anymore, and the caretaker, Catherine, comforts him and tells him things will be alright.

As one of the best drama movies of all time, this film tells a touching story about the disillusionment of the aging Father and his daughter. The film is packed with The Father's fragments of memory, and he cannot tell the reality from his imagination. 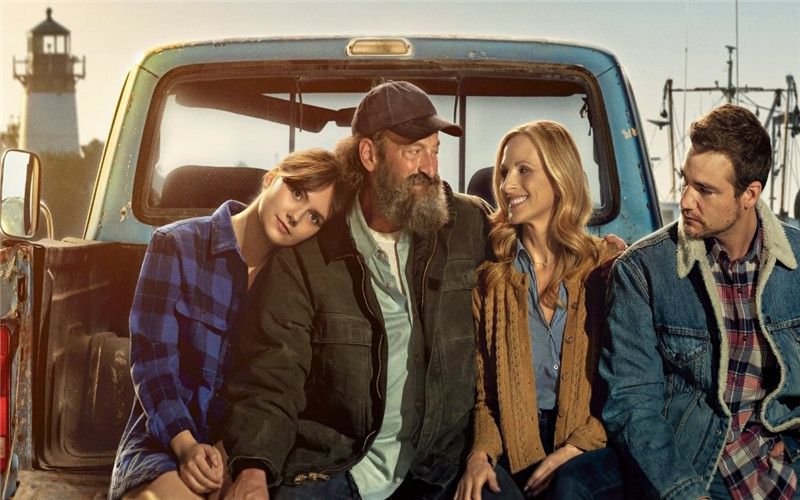 In this one of the teenage drama movies, Emilia Jones plays Ruby Rossi, the only hearing member of a Deaf fishing family. Ruby's father, Frank (Troy Kotsur), and brother Leo leave their employer to start their own fishing company and count on Ruby to interact with the outside world as they cannot hear what other people talk about. Ruby is talented with music and wants to enter Berklee Music Academy. But she is stuck in a dilemma between her family and her dream as her attendance at her choir practices has suffered when she tries to make a balance.

Related:10 Best Movies on Netflix of All Time

In teen drama movies and best drama movies 2021, CODA is a coming-of-age story about the necessity of breaking the bonds of codependency that can exist in a family.