Gangster movie fans enjoy watching hood movies because those movies are good attempts to show what it would be like to live in the criminal underworld and lead a dangerous life. The hood movies are always a special category in the kingdom of films. 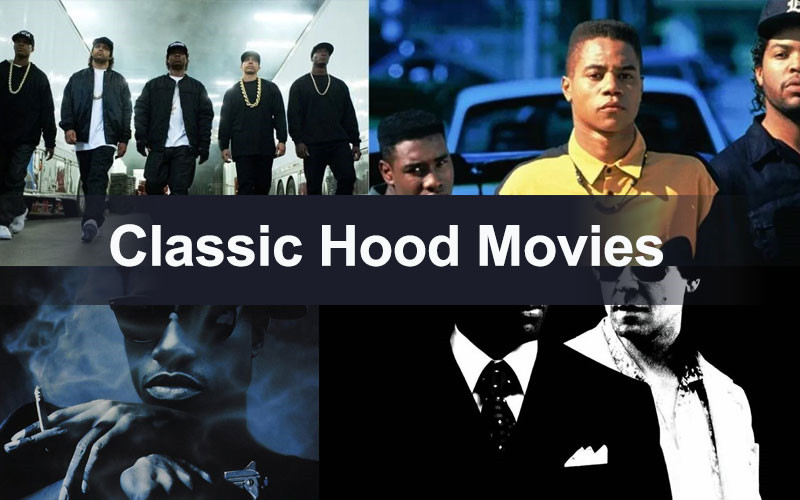 Hood movies often unfold the plot with a gang member who is generally seen as the representative of an evil force in society. However, the hood movies have their charm. Today we are making this list below of the best hood movies: 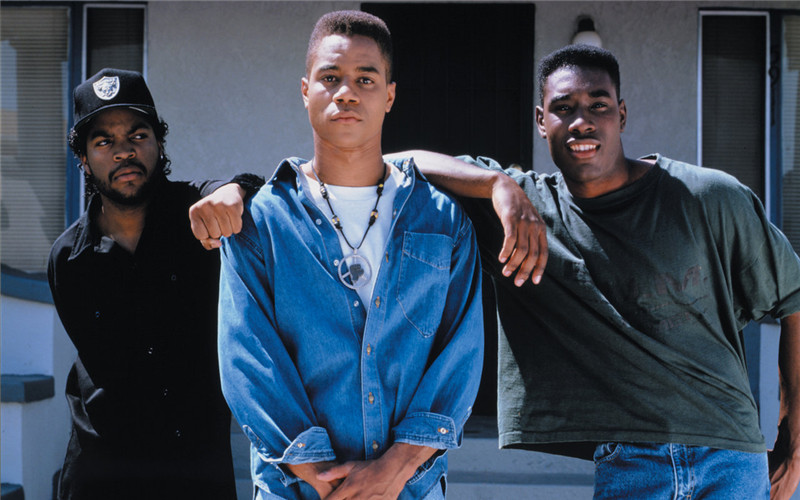 In the black community of the American West, where violence and crime almost happen everywhere, the young men idling on the streets and the dead bodies stinking in the grass are often seen in the daily lives of the schoolboy Tré and his friends. Tré is a competitive and chatty boy who fights with his classmates in class. He is sent to his mother's ex-husband for guidance. Seven years later, Tré has grown up, but the chaos of the black neighborhood has not disappeared, and Tré and his friends are involved in a fateful street feud.

The Boyz n the Hood  movie is one of the classic hood movies of the 90s. It was directed and written by John Singleton and starred Laurence Fishburne, Cuba Gooding Jr., Ice Cube etc. 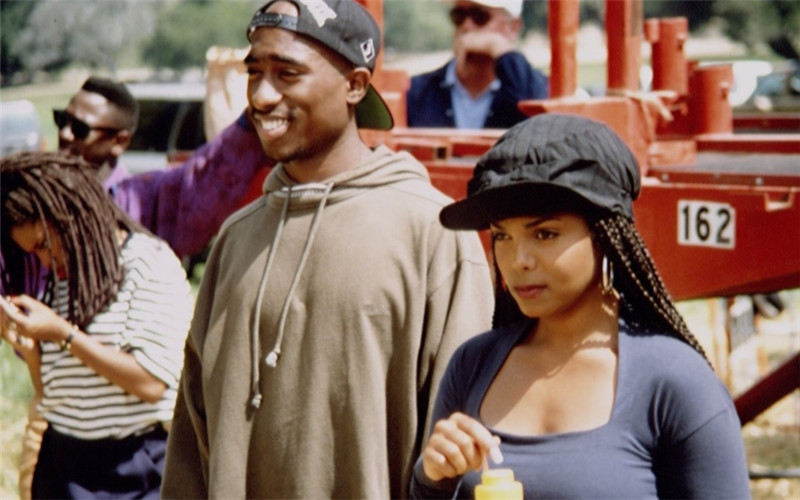 Justice, a hairdresser whose boyfriend has been murdered, finds no way but to write poems to relieve her sadness and grief. As her car has broken down, she cannot participate in an important meeting in Oakland. Her friend Lesha and her postal worker boyfriend Chicago decide to offer her a ride. On their journey, another passenger named Lucky is Chicago's co-worker. Lucky and Justice are not getting along well with each other at first, but after some time, chemistries happen between the two. The problem is whether Justice is ready to open her heart to a man again.

This movie is one of the often-discussed 90s hood movies and is a masterpiece of street romance. 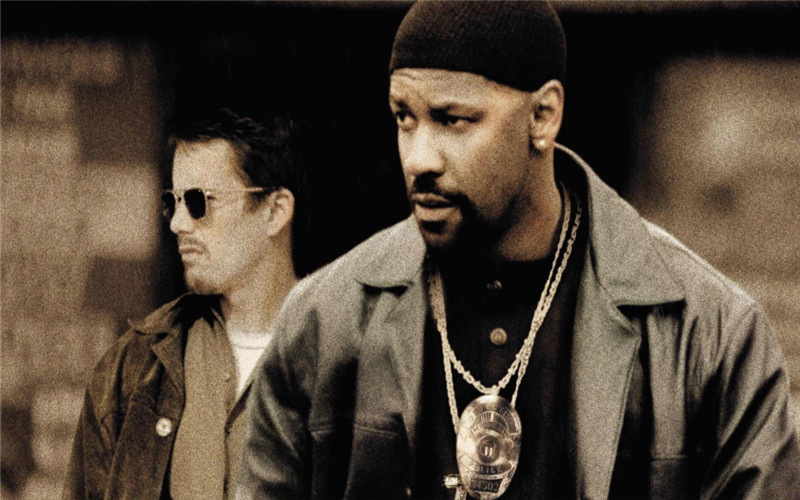 Alonzo is a black detective in the U.S. Drug Enforcement Division. He is an experienced, outstanding detective with a keen sense of smell for drug cases. His department is joined by a new colleague Jake. Jake follows Alonzo to every dark corner of the street. He gradually realizes that aside from the crimes and glories on the streets, the way Alonzo deals with cases is sometimes controversial. Alonzo is a detective, but he's on the edge of breaking the law. He arms himself with the principle of tit for tat. He confiscated criminals' drugs and took them himself, ordering Jack to obey him. He has even developed an unusual relationship with drug dealers. But on the other hand, he is struggling to protect Jake, and the complex character of the detective confuses him.

Training day is one of the movies like Boyz n the Hood. Released in 2001, the movie was directed by Antoine Fuqua and written by David Ayer. It is about the adventure of a cop, and the story is fascinating. 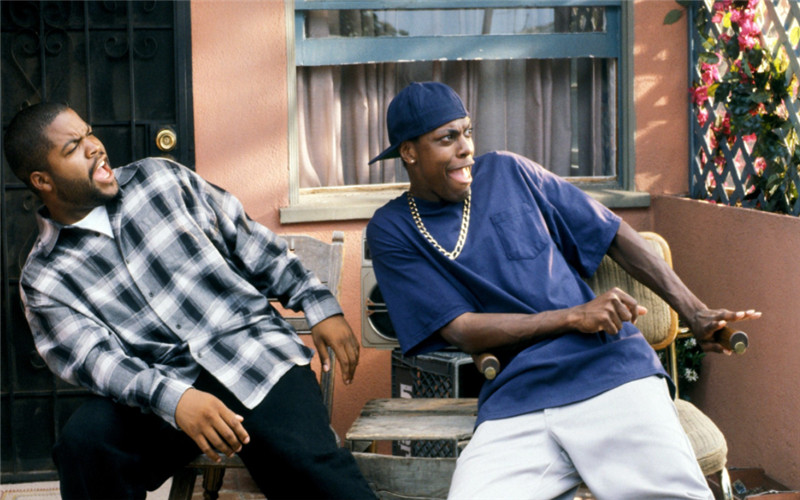 Craig has recently lost his job and his life is in trouble. His father urges him to find a job all day, which makes Craig feel vexed, so he escapes from the home. He goes to find his friend Smokey for comfort. Smokey is a complete chain smoker; drugs are the most important thing in his life. However, it is his addiction to drugs that leads him into big trouble. He unexpectedly fails to control his desire for the drug and consumes all of them given to him to keep by a drug dealer. This means that if the dealer can't get the money from Smokey within the time he asks, he will be in big trouble, and so will Craig, who has been living with Smokey.

Friday, released in 1995 and directed by F. Gary Gray, belongs to the category of black hood movies and funny hood movies. It includes drug dealing and addiction, two common themes in hood movies.

5. Don't Be a Menace to South Central While Drinking Your Juice in the Hood (1996) 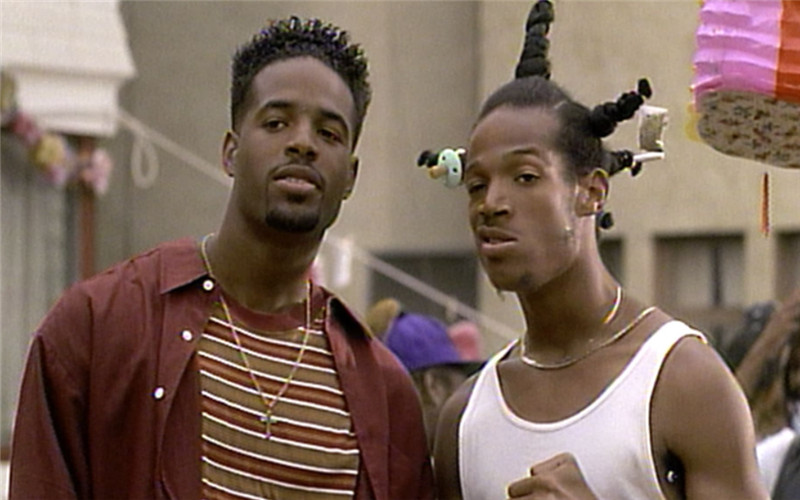 Ashtray's parents divorced when he was young, and he lives with her mother. As time goes on, Ashtray grows up and is about to enter adulthood's exciting but complicated world. His mother sends him to live briefly with his father, who opens the door to a new world for Ashtray. When Ashtray returns to the South, he finds a new friend Lorc and spends much time with him. Then, by chance, he meets Dashiki, an unmarried mother. Although his friends warn him against this dangerous woman, he is still obsessed with her.

Don't Be a Menace to South Central While Drinking Your Juice in the Hood is another funny hood movie, and it embodies a romantic theme. It is directed by Paris Barclay, and the story is written by the Wayans brothers themselves. 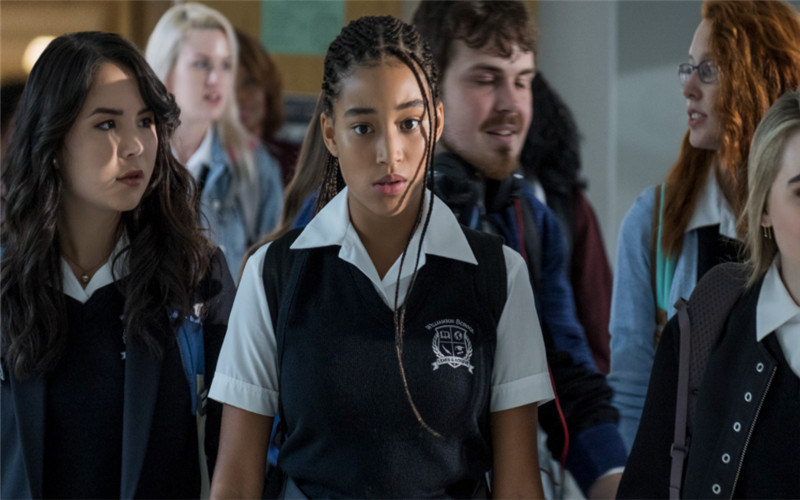 Starr is a 16-year-old black girl at a private school full of white students. She switches her identity at home and school, and feels troubled by her skin color. One day, Starr attends a party hosted by a friend, where she reunites with her childhood playmate, Hallery. The two are very happy about seeing each other again. Hallery drives Starr home. On the way they pass by a police station. To Starr's surprise, the police shot Hallery over a simple misunderstanding, and she is the only witness. At a later hearing, Hallery is described as a drug dealer, but Starr knows it is a lie.

The Hate U Give is directed by George Tillman, Jr. It is a black hood movie with themes of racial injustice and police violence. 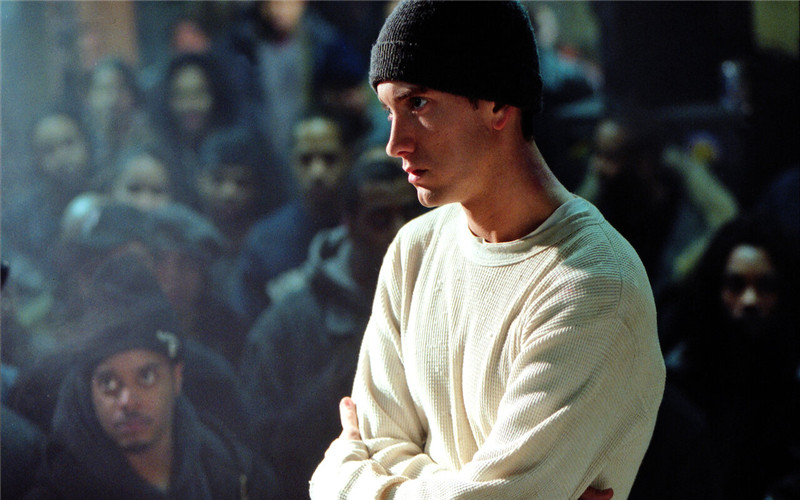 In the winter of Detroit in 1995, musicians would meet every weekend at The Shelter, a hip-hop club, to compete with each other through a one-on-one performance in one-minute. Jimmy Smith, a white boy among all black musicians, is a very talented rapper, but he gets stuck every time he performs. He is only to be met with boos and jeers. As well as braving the embarrassment of being booed off stage, Jimmy Smith has to deal with the awkward situation of living in a cramped trailer with his mother and half-sister. His mother's boyfriend, the relationship between black and white, his work and feelings, etc., are all the origin of his stress. He tries to break the shackles of his family and community, and expresses his anger and dissatisfaction with his life through music. However, the first thing he has to do is overcome his fear.

8 mile is one of the hood movies on Netflix and it is about how a timid teenager pursues a music career. It is partly based on the real life of the white hip-hop superstar Eminem. 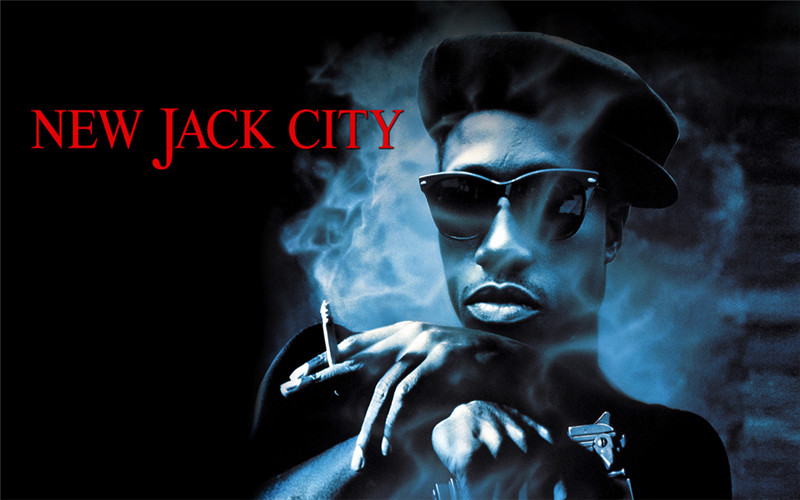 Nino starts out as a street punk, then sets up a gang with a bunch of buddies. Their ambition is to become the biggest drug kingpin in New York. Nino is so vicious that anyone who tries to steal his thunder and get a share of his cake would be killed by him. After killing off all his competitors, Nino's dream finally comes true. Although the city police need to avoid Nino, the young detective Scotty just doesn't care. He sends his informant undercover to infiltrate the gang, but the cunning Nino soon unravels Scotty's tricks and, to make matters worse, even Scotty himself becomes addicted to drugs.

This 90s hood movie is a successful example of embodying themes of gangster, cop, crimes and drugs. It is directed by Mario Van Peebles and the script is co-authored by Thomas Lee Wright and Barry Michael Cooper 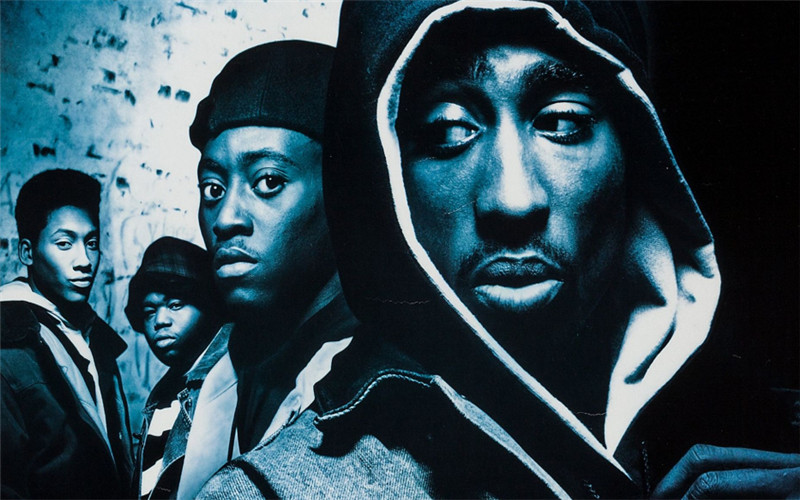 Four Harlem teenagers, Q, Bishop, Raheem and Steel, play truant one day when they find an old friend killed in a bar shootout. Afterwards, Bishop tells his friends that they have no respect and no juice. In order to get some, they rob the grocery store in a street corner, but things take an unexpected turn. Only the four friends know what happened, but one of them is too selfish to tell the truth.

Released in 1992, this hood movie unfolds its story with a seemingly ridiculous start. The four Harlem friends are played by Omar Epps, Tupac Shakur, Khalil Kain and Jermaine Hopkins. 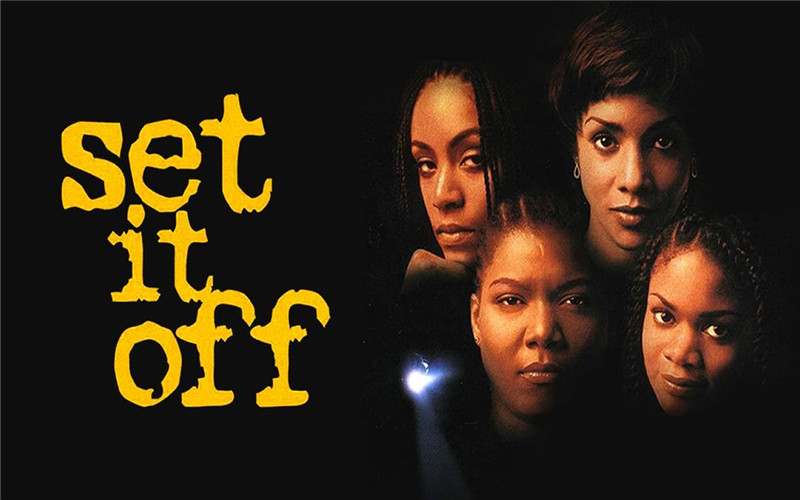 Stony, Frankie, Cleo and Tisean are four good friends who share weal and woe. Of them, there is a lesbian, a bank clerk who is fired, a sister who is trying to support her brother to go to college, and a single mother. The only thing that is the same is that they are all discriminated against on the basis of race or gender. They want to live free and independent lives, and money is the only means to get them out of their current predicament, so a frightening black career begins.

Set It Off is one of the very few hood movies centered on female characters. Released in 1996, the movie is directed and written by Takashi Bufford. 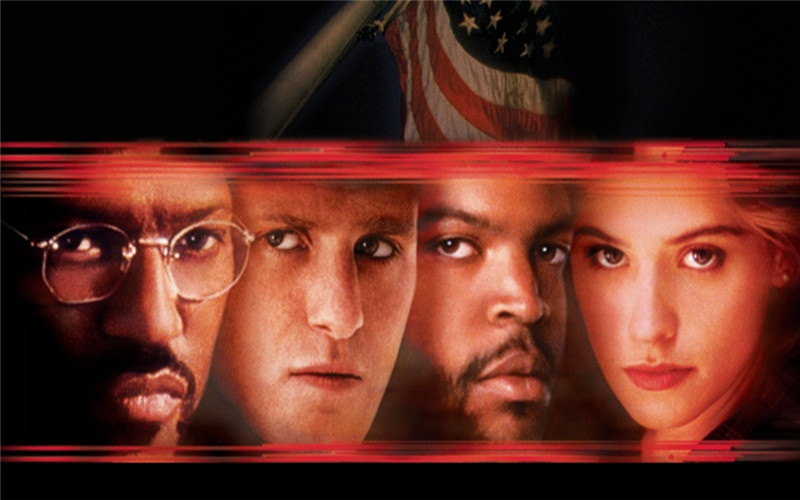 Columbia University has a new class of students. Black young man Malik has a very high athletic talent. In order to get a full scholarship, he must work hard to achieve excellent results. Super senior student Fudge deeply affects Malik deeply. He feels uncertain about his future. A white girl, Kristy Swanson, who is new to the college, becomes involved in the feminist movement after being raped during a drunken binge. Remy, a white boy from Idaho, is numb and conservative. He meets a few skinhead friends by chance, and goes further and further on the road to bigotry. 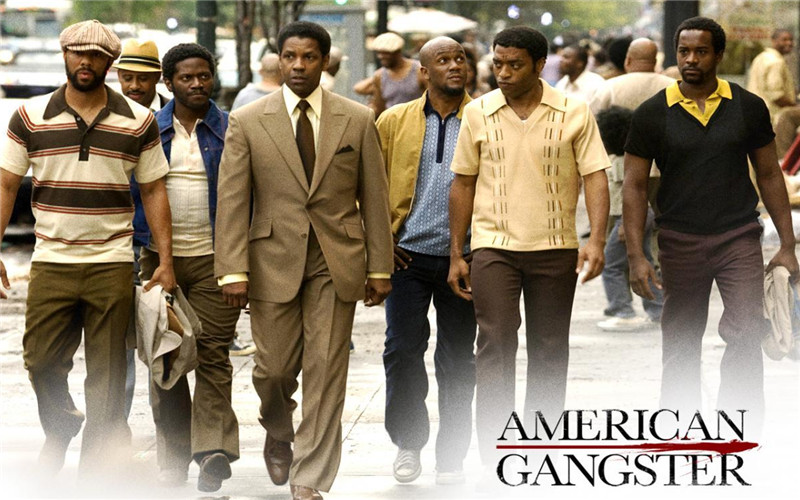 Frank Lucas is Johnson's chauffeur in Harlem in the 1970s. After Johnson's sudden death, Frank takes full advantage of the hard-won opportunity to reorganize the distribution of power in the underworld, successfully ascend to the top, take over the boss's business, and control the drug trade, during which he goes far to Southeast Asia Golden triangle to smuggle highly pure heroin. He has assembled a gang of men who work for his life. A dark force is rising. On the other side, cop Richie Roberts, who is from a broken family and is an outcast from mainstream society, spends his days wandering on the streets like a slob. He has noticed the upsurge in the drug circle, and launches a secret investigation. As the investigation goes on, the distance between Roberts and Lucas grows shorter and shorter, and the two men of similar temperament, sympathetic to each other, inevitably face each other directly.

All the 12 works above are what I believe to be good hood movies. I hope this list could be of some help with the choices of gangster movie lovers. But if you haven’t watched any movies related hood, that's okay. I am pretty confident that some of the works mentioned may keep you interested, excited or fascinated.