This list of the best sports movies of all time is one of the most conventional and effective ways to entertain and excite people, sports of various fields have witnessed so many legendary names who have achieved incredible sporting careers. 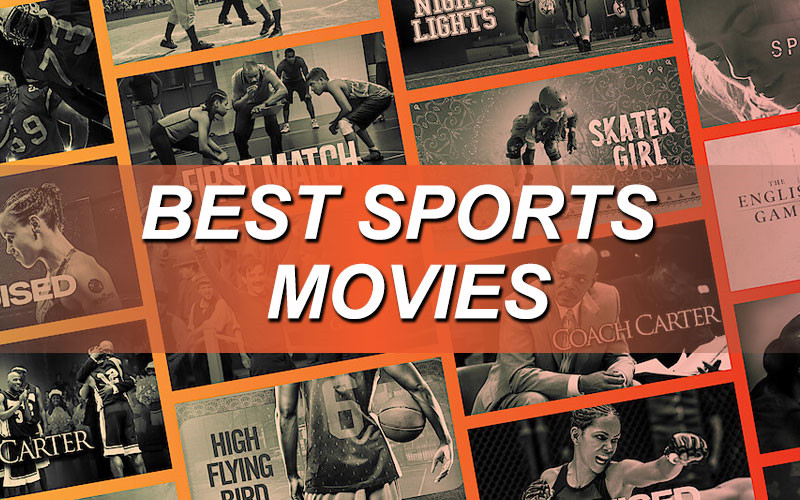 Watching these sports movies based on true stories make us empowered and inspired, so today we have made this list of the best sports movies of all time, hoping that this would help with your movie choices. They are as follows: 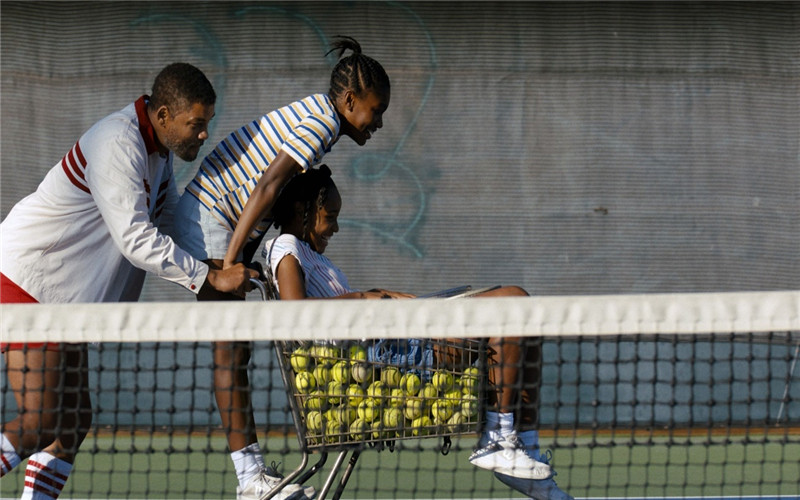 It is about the true story of Richard Williams, a hard-nosed, indomitable father with no tennis background, who has nurtured two tennis superstars -- Venus Williams and Serena Williams. Richard Williams has outlined a 78-page plan for his daughters' professional tennis careers, and the girls learn the game on Compton's dilapidated, overgrown public courts. Before that, their father has reportedly got into a fight with some tough young guys who don't like the sport. The Williams sisters go on to become two of the greatest female players in tennis history. 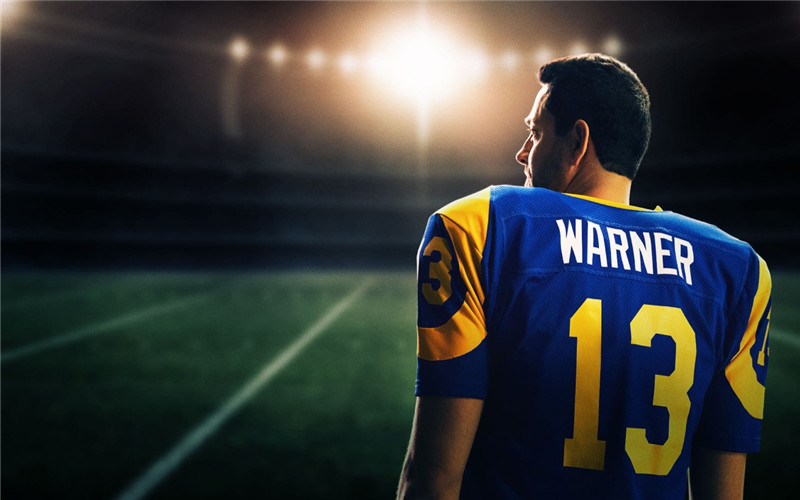 The movie is about football. Released in 2021, it is directed and written by Jon Erwin. Many football lovers think this is one of the best sports movies for its unique perspective to review the legendary life of Kurt Warner.

Kurt Warner is a legendary American football star who has had an incredible career.?The film follows Warner's inspirational story and the setbacks and challenges he has faced over the years when he rises from a grocery store clerk to a two-time NFL MVP, Super Bowl winner and Hall of Fame quarterback.?In the process, his wife Brenda and his coaching teammates give him great encouragement and support. 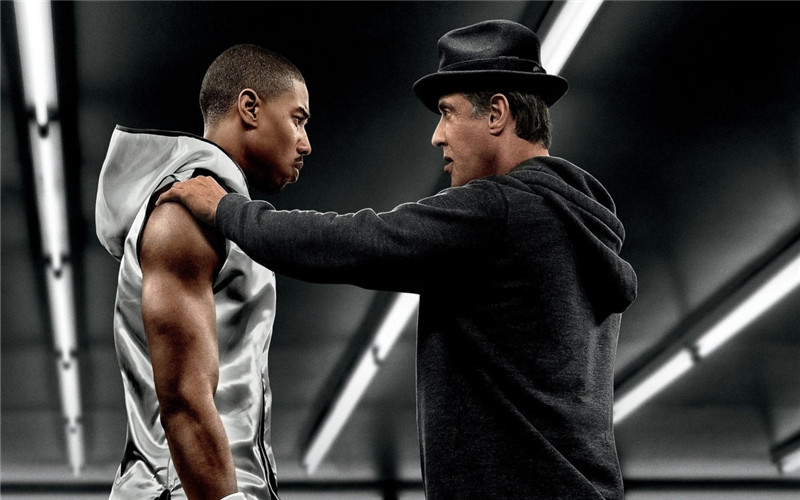 This is a sports movie about boxing. It is released in 2015 and the director is Ryan Coogler. The movie tells how a man could be taught to become tough and strong.

The story features the son of Apollo Creed, the heavyweight champion Rocky has defeated, as it is suggested in the title of this movie. The upper-class young man was born with an innate boxing talent, but his family disagrees with him when he has aspired to become a boxing champion. He finds Rocky, who has retired from boxing and has no intention of returning, to coach him. 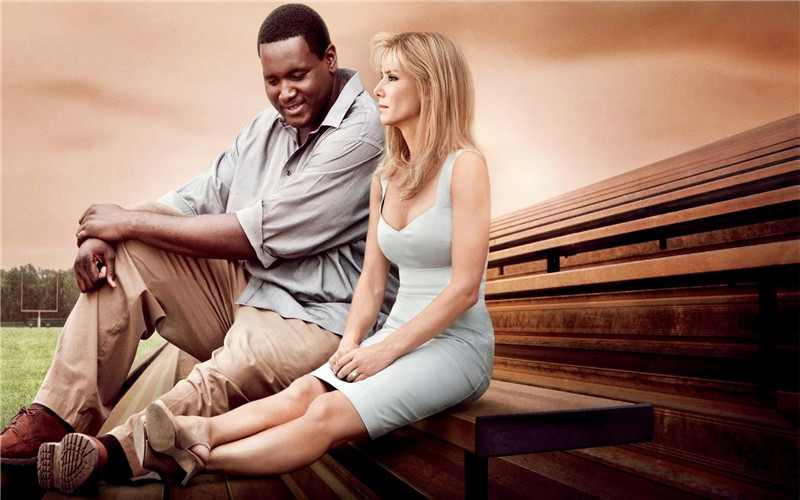 It is a football-based movie. The director and script writer is John Lee Hancock. It gathers many familiar faces including Sandra Bullock, Quinton Aaron, and Tim McGraw etc. This movie could be seen as one of the sport movies for kids as it tells a loving and warm story about a football player.

Oher, a black boy, becomes homeless after his parents divorced when he is young. However, because of his strong body and athletic talent, he is lucky enough to enter a private Christian high school. Although he has scored zero in all subjects, he is outstanding in some special way. He has caught the attention of the Tuohys when he offers to pick up the trash after a volleyball match. So Mrs. Tuohy decides to adopt Oher and make him a football player. Mrs. Tuohy has made him feel the warmth of family. At the same time, Tuohy's son has also helped Oher with his training, enabling him to quickly integrate into the life of the football team and continue to develop his athletic potential. Finally, in a game, with his outstanding performance, he begins to gain the attention of scouts, which has brought him a series of sweet happenings and also trouble. 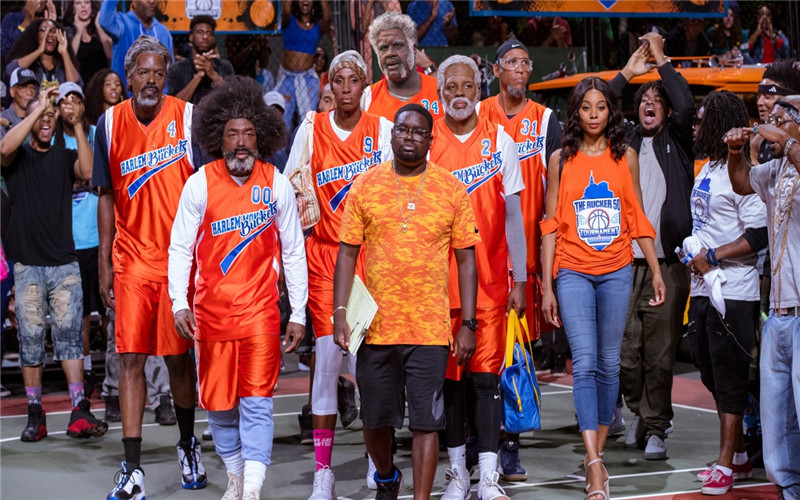 The movie is about street basketball. It is very like one of the Disney sports movies, High School Musical.

Dax, in order to realize his dream for a career in playing basketball, has participated in the street basketball tournament held in Rucker Park. After he loses to his rival Mouch, his bad luck continues he meets up with former street player Uncle Drew. He turns Uncle for help, and Uncle Drew offers to start his own team. From then on, the two set out to find Uncle Drew's old players including Shaquille O 'Neal, Chris Webber, Reggie Miller, Nate Robinson. They give audience wonderful matches as well as many interesting stories. 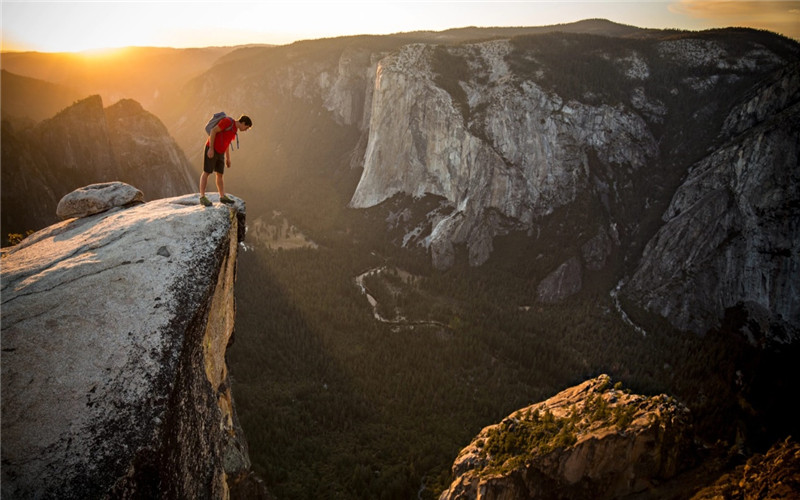 This is a classic documentary and also a good sports movie about rock climbing. Audience could see the courage and passion from the brave Alex.

Alex Honnold has been dreaming of climbing El Capitan barehanded since 2009 and has attempted more than 1,000 times since. It has always been his "ultimate goal." He has spent a year and a half preparing to climb El Capitan nearly 60 times with ropes. He says he does this not to rehearse, but to try different rock points and find out the hardest areas. The documentary captures the breathtaking views of Yosemite National Park and El Capitan and Honnold's historic time of reaching the summit. In addition, the film looks back at how he deals with the risks to his life that come with extreme goals, and how he strives for excellence and perfection in order to ensure that there he will return safely. 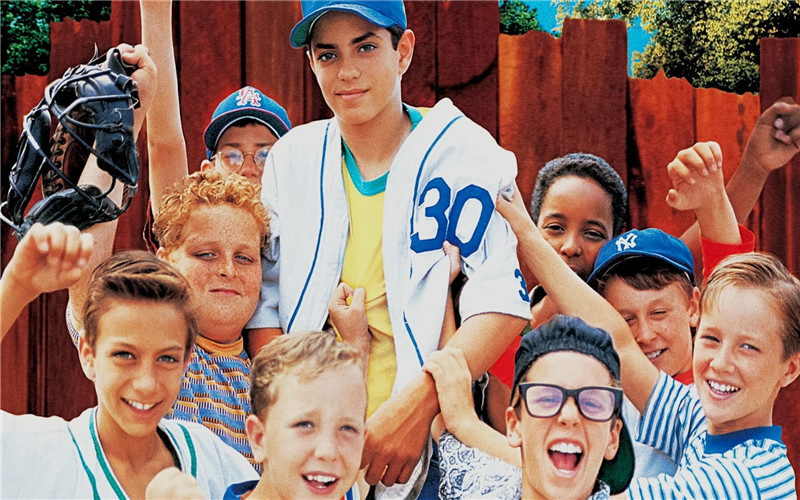 Released in 1993 and directed by David Mickey Evans, The Sandlot is a good kid sports movie, for it tells how a group of boys have developed a precious friendship through baseball.

Scotty has followed his remarried mother to an unfamiliar town where eight young boys often play baseball on an abandoned sports field. Scotty has then befriended Benny, the leader of the eight boys and a great player himself. With the help of Benny, Scotty, who is shy and knows nothing about baseball, has gradually joined into the group and established a brotherly friendship with them. In that summer, it is that friendship that becomes a memory in the children's hearts forever. 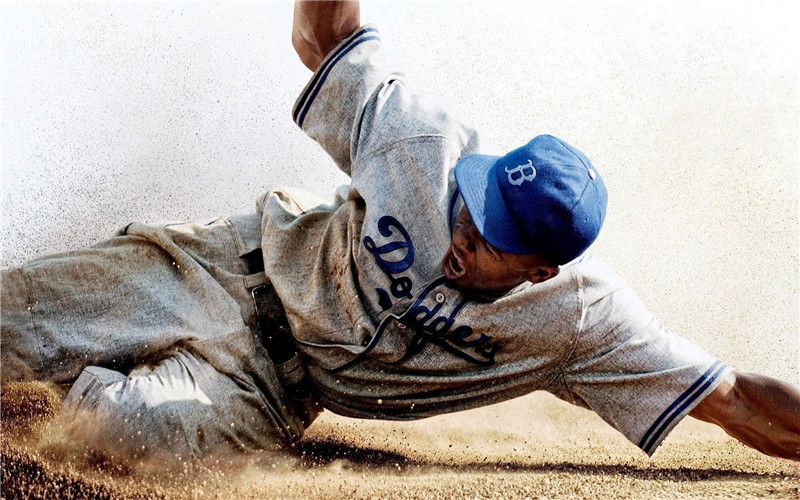 The movie is inspiring by showing that a black man can also be a baseball legend. The director and script writer is Brian Helgeland.

The film is based on the story of Jackie Robinson, a famous baseball player. He was born on January 31, 1919 and died on October 24, 1972. He is the first black player in Major League Baseball. On April 15, 1947, he wore No. 42 as the starting first baseman for the Brooklyn Dodgers. Before him, black men are only allowed to play in their Negro Leagues. Although slavery has long been abolished, many areas of the United States are still segregated and pervasive racial prejudice still strongly affects all the society. Robinson's arrival on the major League stage is widely regarded as one of the most important events in the recent history of the American civil rights movement. 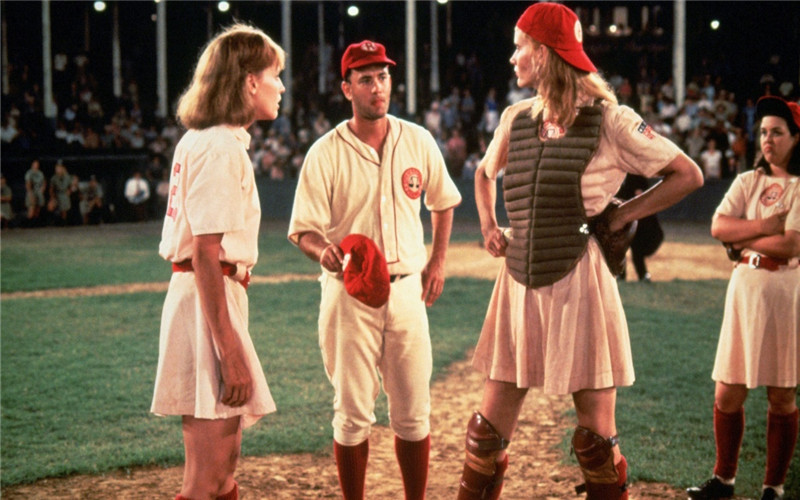 Released in 1992, this classic sport movie differs itself from others by focusing on a group of female baseball team. The cast includes Tom Hanks, Geena Davis, Lori Petty and so on.

The story is set during World War II. Walter, once a popular baseball star, has retired for long. He decides to form an unprecedented women's baseball team. He favors the beautiful, tall Dottie, whose sister Kit follows in her footsteps and joins the team. Later, Marla and other players join the team to enhance the team's strength instantly. After a few setbacks, Walter's team got the approbation of sports circle gradually. However, at such a critical moment, the baseball team has some internal conflicts. Marla and Kit have left the team. Walter also comes up with the idea of giving up. Just then, Dottie's husband Bob returns and brings new hope for the baseball team. 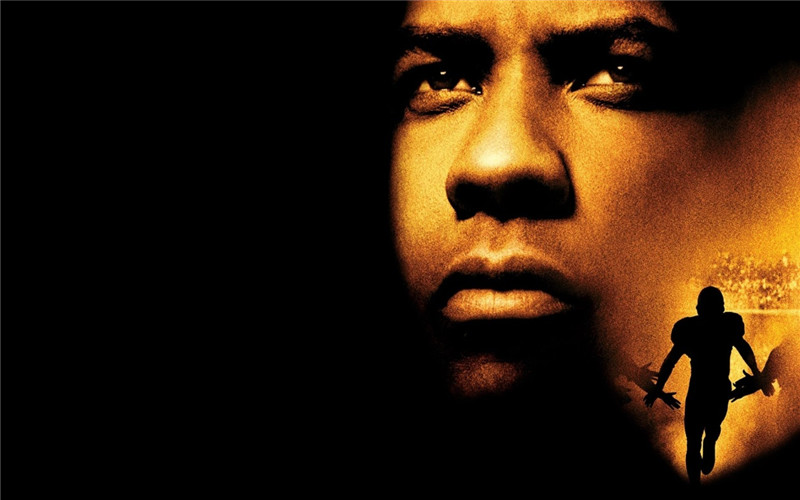 The movie is about football. It is released in 2000 and directed by Boaz Yakin. The script writer is Gregory Allen Howard. The story is touching and powerful, showing that players, regardless of their skin colors, can be equally excellent.

In 1971, a high school for the black people with a school for white people. The school's football teams have to re-form into a hybrid team called the Helios.The arrival of black people in the predominantly white town is a shock to the local residents.?Boone, a black coach, becomes the team's head coach.The white coach, Bill, becomes Boone's assistant.Bill at first is hostile but soon he finds that he has many things in common with?Coach Boone.Both men have a strong sense of justice and honor, a strong work ethic. And they are conscientious and meticulous in their work.Boone from the beginning is rejected by all but under the cooperation of Bill, they have successfully trained the black-white team into a champion.Ever since the black and white coaches worked together, news of victory has been heard all the time. 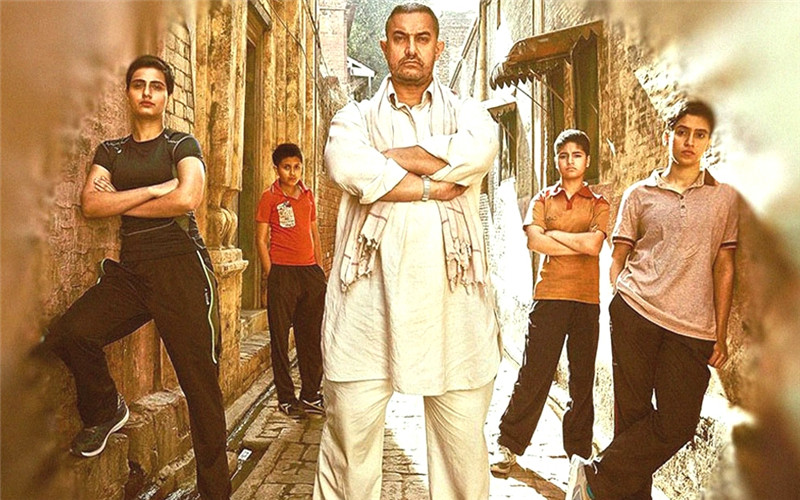 This movie is different from its counterparts in many ways. Like A League of Their Own (1992), the movie is a great attempt to invite audience to appreciate the beauty of female sports players. Besides, the story manifests love, warmth and passion for glories, which make it a good kid sport movie.

Mahawiya is a once-promising wrestler whose biggest regret after giving up his career is not being able to win a gold medal for his country. He pins his hopes on his unborn son, but his wife gave him two daughters, named Gita and Babita. To Mahavia's surprise, the two girls has shown outstanding wrestling talent, and he has realized that even girls could win glory for their country and for themselves. In this way, under the guidance of Mahavia, Geeta and Babita have begun to practice hard, and the two are making progress rapidly. Soon they become local celebrities for their successive victories in competitions. In order to gain more opportunities, Geeta has enrolled in the National Sports Institute, where she will face greater temptations and more choices.

All the movies about sports are common in nature. Sports movies demonstrate the stamina, the resilience and the perseverance of the characters and remind the audience of a simple fact that as long as you have this true passion and bring it out of yourselves, you will look strong. If you are a sports lover, you are very likely to find the scene familiar to your real life. But it will also be an interesting experience to watch these even if you are not a sports fan. These tales of our sports legend will continually encourage motivate and enlighten generation after generation. Everyone can learn some lessons from them.