You may feel boring with your everyday life and would like something new and exciting. Our spy movies list can help you out of daily chores. 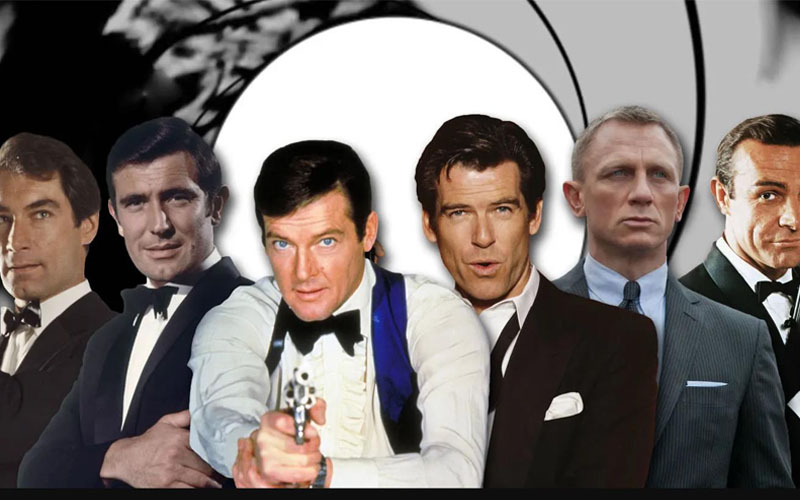 You could gain some interesting knowledge of one of the most dangerous jobs in the world. Of course, it would be difficult for us to be a spy in real life because there is literally no one who will hire us to carry out some secret mission. However, knowing stories of spies can also be a good way for us to embark on an adventure, even though it is one in our imagination.

Luckily, we now have Amazon Prime, which offers us a vast number of good spy movies for us to watch. To help you decide, we have now picked out 10 most popular spy movies on Amazon Prime for you. They are:

For the first movie, let's start with one of the most classic spy series: 007. As many spy movie lovers once said, any adventure of James Bond never fails to impress the audience. In this 2012 movie, Bond, known for his ability to undertake risky tasks, is again involved in an action to find the culprit of a major conspiracy. It is actually Bond's mistake in one of his assignments that has led to the exposure of agents globally. Because of this M is dismissed. To make matters worse, the MI6 headquarters suffers a massive attack. Therefore, Bond has to work with Eve to locate the mysterious guy that has plotted all of this. 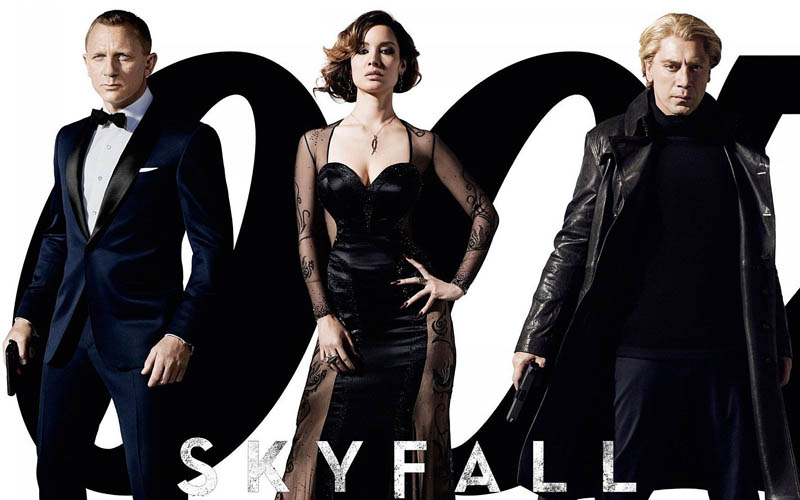 Since the popularity of the 007 series is already worldwide for decades, I assume anyone, even if they have never watched a spy movie before, will find some entertaining elements in it.

As its name suggests, this movie is on the list of the spy movies for kids. Directed by Robert Rodriguez and released in 2001, the movie has won a high reputation among critics for its way of telling the story. Gregorio and Ingrid, who used to be outstanding spies in their countries, fall in with each other and give birth to two children named Carmen and Juni.

Nine years later, this couple's former colleagues, who are all the world's top secret agents, mysteriously disappear. They are forced to pick up their spy career again. However, the real heroes are Carmen and Junie, two kids who have inherited their parents' talent as secret agents.

The kids have rounded up a variety of technological gadgets in the home, including a large, body-sensing car that turns itself into a vanity screen; something as small as a watch with tiny radar, an alarm clock that alarms itself, and even an entire army of robots the size of a basketball! They bravely overcome a series of obstacles to rescue their parents and, in the end, save the world!

The movie frequently appears on such lists as the best spy movies that are good for all age groups, probably because it has achieved a delicate balance between being funny, exciting, thrilling, and imaginative. 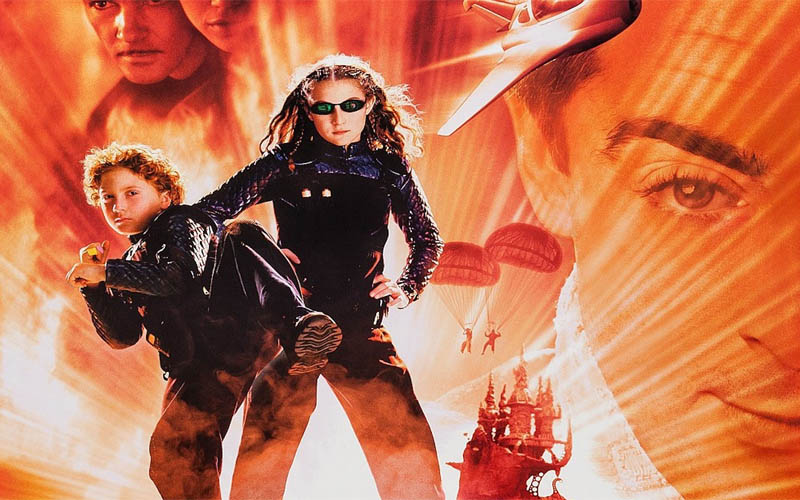 3.The Spy Next Door

Bob is a secret agent who has contributed significantly to the Central Intelligence Agency (CIA)?

When not on duty, he wears stupid black-rimmed glasses and leads an everyday life. He is now ready to retire, so he has moved into his current home next door to his girlfriend Gillian's. However, he now has another daunting task -- taking care of the children. The three children are not Bob's but Gillian's. Gillian has to leave for a few days on short notice, so she leaves the babies with this undistinguished, honest Chinese man. The years as an agent have left Bob with no chores or children. After a few days together, a little trust has built between Bob and the children. Just as things are getting better, one of the kids accidentally downloads a secret code on his computer that leads not only to Russian terrorists but to a whole bunch of other undercover agents. Bob's quiet life with his three children was gone in an instant. Just like Spy Kids, this movie features wonderful performances of child actors and is entertaining and amusing in many ways. It is definitely one of the most classic spy comedy movies.

Ethan Hunt and his teammates are tasked with fetching three deadly nuclear weapons. As they are about to succeed, a person takes the three weapons away when they try to save one of their teammates. Erica Sloan, the head of the CIA, recruits August Walker to keep an eye on Ethan Hunt's mission. Meanwhile, a female secret agent Isha Faust suddenly shows up. Ethan Hunt finds that what he has to deal with is not only terrorists but secret enemies hidden in the government?

This one is another classic for passionate spy movie lovers that you should never miss: the actions, plots, and mare's acting are all on the top level?

Another spy movie on Amazon Prime is Men in Black. It is widely recognized as a masterpiece that has successfully introduced sci-fi elements to a spy-themed movie.

Humans do not exclusively inhabit the Earth. There are 1,500 aliens living among us, and the Interplanetary Immigration Bureau deals with extraterrestrial matters. Edwards, an ordinary New York policeman, joins this organization and becomes a member of the MIB. The first incident he responds to is the Zerg invasion. Prince Rossberg of Akilon was killed by the Zerg on Earth, and his "Galaxy", the best source of subatomic energy in the universe, was also lost. If the Zerg finds it, it will bring a devastating blow to the Akilon people.

Watching this movie is an exciting experience as it adds more unpredictable elements than traditional spy movies. Since being a spy is already in the imaginary world, why not let the imagination go even wilder? Just get aliens or other creatures into the imaginary world, and let's be the spy and the hero.

Walter Beckett, a rookie CIA agent, is trained by the Washington, D.C. organization to hand over a sophisticated secret box to his colleagues without anyone knowing it. But when he gets the package, sits down on a street bench, and is about to eat his bagel, a pigeon suddenly flies by. The pigeon stares at the doughnut, and Walter tries to dismiss it but accidentally shuts the bird in the box. The pigeon plays with the instrument in the box and turns the box into a horrible killing weapon.

The movie is one of the exciting spy animations. So, the scenes are of wilder and freer imagination, and I am sure that though the characters are not played by real persons, they will also leave a deep impression. It is a movie that will make you laugh heartily when you think of it.

In 1942, during World War II military strategic position of Casablanca, the allied counterintelligence agents Max and the French spy Marian had to pretend to be husband and wife to do a tough and dangerous task, the assassination of the ambassador to Germany. After the dangerous mission, the two get married and live a peaceful life. But Max slowly finds that his wife may be one of the Nazi spies, and he needs to find out the real identity of his wife.

It is not uncommon that a spy theme is associated with a wartime period. However, we may not so frequently find that completing a secret task could also be depicted as a romantic adventure. This movie, set in the Second World War, offers a perfect mix of elements of love and danger and should be put on the most recommended spy movies list.? 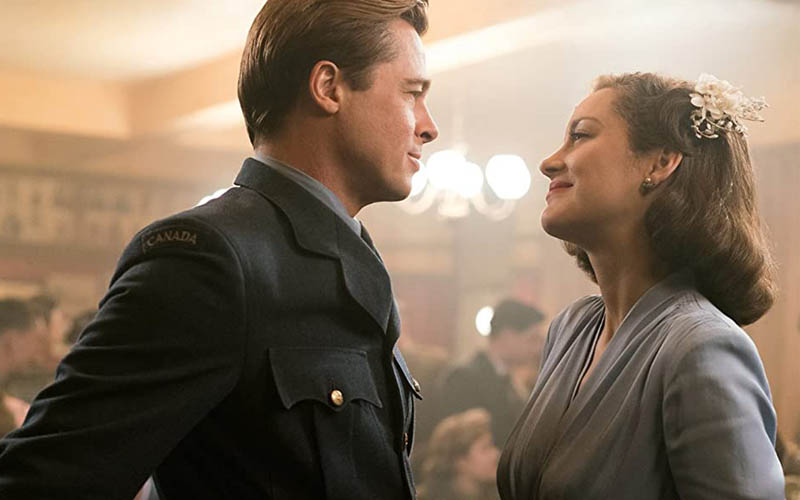 JJ is a very experienced agent who makes a mistake in an operation that fails due to carelessness. After that, JJ and Bobbi are assigned to spy on a mother and a daughter, Sophie and Kate. JJ's impeccable disguise was suddenly seen through by the 9 years old Sophie.

JJ asks Sophie to keep his identity secret. In return, Sophie makes a series of demands on JJ, including picking her up from school and playing with her. The tough guy and the girl provoke a series of jokes. Sophie even wants to set up JJ and his mother, Kate. Over time, the bond between JJ and the mother and daughter grows stronger. The chemistry between the spy and the mother of the young girl is romantic and touching.

Usually, when we talk about spy movies, many people and audiences automatically assume that the characters and the cast of spy movies are men. However, I am pretty sure that many girls and women also, more or less, dream of being a spy and carrying out some dangerous but extraordinary secret tasks. This movie, the 355, is a perfect opportunity for the audience to understand the significant role women can play in spying missions.

Top female agents from around the world join forces to prevent a global organization from acquiring a weapon that could plunge an already unstable world into chaos. They must overcome cultural and political differences to form a bond and work together. 355 is the code name for the new faction formed by several people. 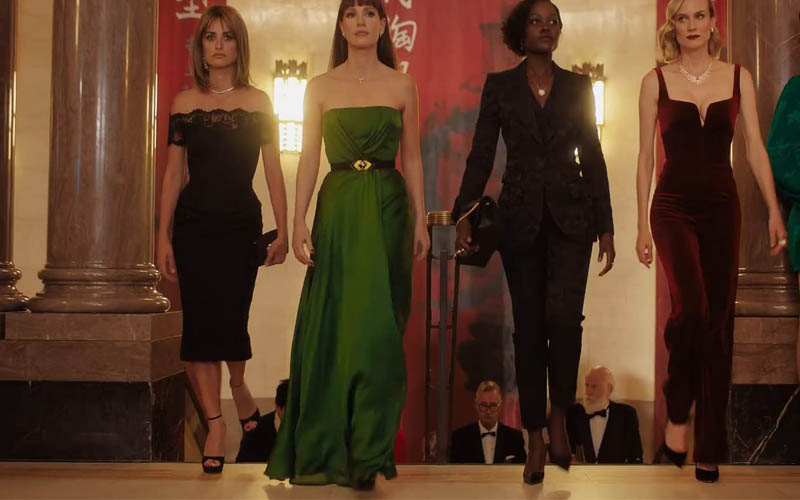 Like Allied, the movie is about a spy on a romantic adventure. The man on mission has to undergo difficult struggles as he finds the person, he is so in love with is supposed to be his enemy.

The Tiger is an excellent agent of the Indian Intelligence Agency, whose outstanding work allows him to escape from dangerous missions narrowly. Because Indian authorities suspect a British professor of supplying Pakistan with information about military missiles, the Tiger goes on a mission to London to meet the target's family nanny, Zoya, a sexually attractive dance academy student. The Tiger relies on reason to survive but falls in love at first sight with her.

In conclusion, the movies we have mentioned here all prove to be classic works. I hope this spy movie list can help when you want to look at how spies work and live. Naturally, we want to refresh our daily routine and have some knowledge about exciting and mysterious things. So, whenever you have such an idea, take out one of these spy movies to watch!