Romance is what most people have longed for. However, as it’s hard to get the romantic love we want in reality, most of us would seek consolation from romance movies, from which our imagination with sweet love will be satiated. From romance movies, we can recollect these days when we had a crush on someone or falls in love passionately. Romance movies are based on genres such as romance anime movies, action romance movies, and more.

Here are the lists of the best romance movies on Netflix right now. Come and select your favorite one: 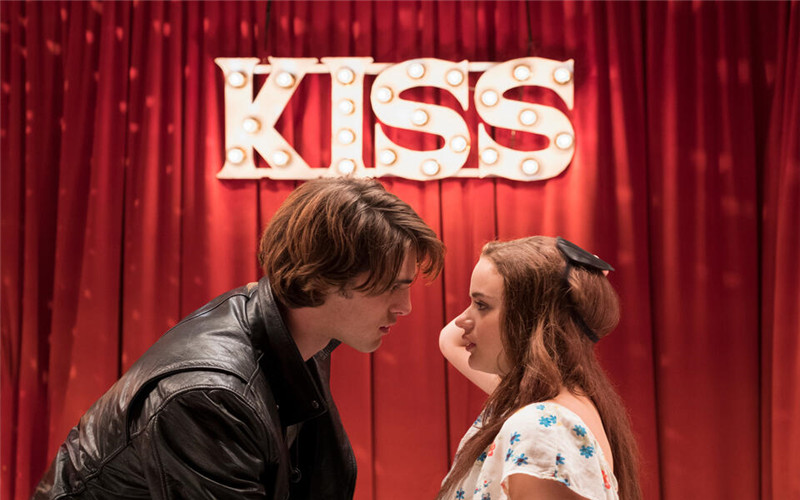 The Kissing Booth (2018) is one of the teenage romance movies adapted from Vince Marcello and Beth Reekles’s novel, which has enjoyed international fame and is fond of the audience. It tells the love story between teenager Shelly Ellen Evans (Joey King) and her best friend, Lee Flynn (Joel Courtney)’s brother Noah Flynn (Jacob Elordi). Ellen grew up with Lee, and they are the best friends since they were born as their moms are intimate friends and give birth to the child on the same day. They have many shared hobbies and often play together. They even develop many rules like rule two that they shall never tell others about the secrets between them. Lee has a handsome brother Noah whose popularity is no aberration, and many school girls have a crush on him. Like many other girls, Ellen also secretly loves Noah. However, she has to observe rule 9 that both of them should not have a feeling for each other’s family members. An accidental kiss that occurred in the booth changes everything. After Ellen and Noah confess their feelings for each other, they furtively begin to have a romantic relationship. When Lee learns the truth that they have been in love, he feels heartbroken and desperately depressed. He tells Ellen that Noah has everything; the only one he has is Ellen, but now Noah has Ellen. Lee’s deep grief can be genuinely felt in the movie. Eventually, Ellen follows her own heart with the support of Lee.

The Kissing Booth (2018) is directed by Vince Marcello. With its eye-pleasing appearances, ridiculous scenes, and vivid characters, the movie is a teen romance movie and a romance comedy movie on Netflix. 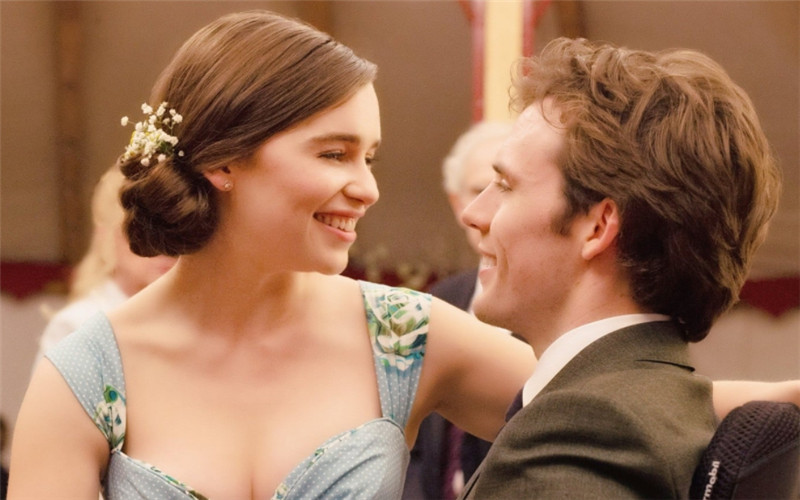 Me Before You (2016) is a beautiful love story between an energetic girl and a man born in purple. Louisa Clark (Emilia Clarke), a kind and beautiful girl who is aimless in life and has changed many jobs, finally finds a position in housekeeping. Now her job is to take care of the handsome Will Traynor (Sam Claflin), a wealthy young man paralyzed due to an accident parachuting two years earlier. On the first day of her work, Will gives her a real shock as he disguises himself as dumb in a wheelchair. His quick temper has forced many caregivers away long before and also tests Louisa Clark’s cheerful attitude now. Louisa consoles herself that she needs to persist for a while to support her family. Meanwhile, she feels sympathetic for Will and wishes to help him find the beauty in life. She wears differently and bizarrely daily to delight Will, who only feels “God, no.” Will gradually falls in love with Clark and sends her desired birthday gift, which touches Clark as her boyfriend even if she doesn’t take her word in mind. Seeing Will’s desperate attitude toward life, she’s determined to travel with Will to let him experience the beautiful world. They fall in love with each other as their bond grows deeper. However, Will is determined to end this desperate life even though he deeply loves Clark. He told Clark the best gift she offers him is the time they spend together, and now he can leave this world without pain. Ultimately, Will leaves a fortune for Clark to be herself and lead an independent life with an emotional love letter.

The movie is directed by Thea Sharrock, with Emilia Clarke and Sam Claflin as the leading roles. If you are enthusiastic about Emilia Clarke, don’t miss it. This is a true romance movie that also explores dignity, choice, love, life, and death. 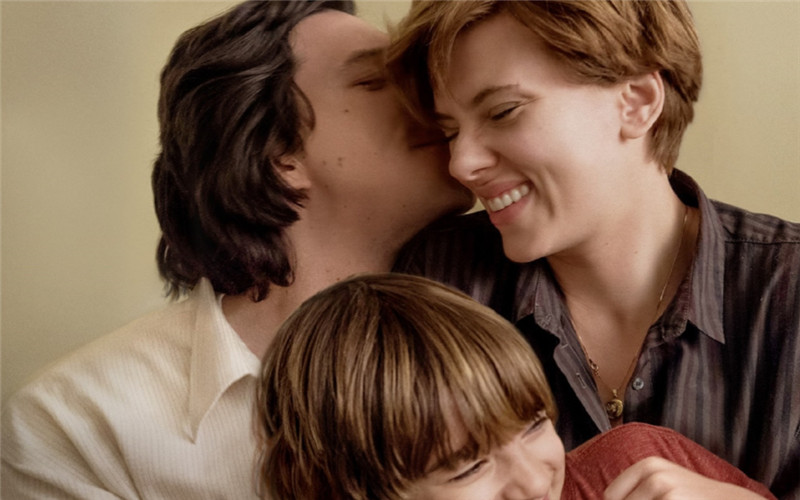 Marriage is said to be the tomb of love. Whether this saying tells the truth or not, marriage has always been the center of our daily life. Marriage not only consists of love but also trust, rights, sex, and accountability. Marriage Story(2019), is one of Scarlett Johansson's preeminent romance movies, depicting modern people's marriage life.

Nicole (Scarlett Johansson) is an outgoing and sociable movie star, married to a quiet writer Charlie (Adam Driver). After getting married, they have a child named Henry. Years later, they realize that marriage may not continue anymore due to different plans, and they will divorce. Later, they gradually learn how to deal with the end of the marriage. Either side has done what they believe to be correct, but it doesn't work out. Eventually, they attribute it to the fact that they are not suitable for each other.

Marriage Story (2019) stars Scarlett Johansson and Adam Driver, directed by Noah Baumbach. The story depicts the true situation that an ordinary couple may experience and provides us with materials to ponder the true meaning of life. The film is a one of the romance movies on Netflix about marriage. 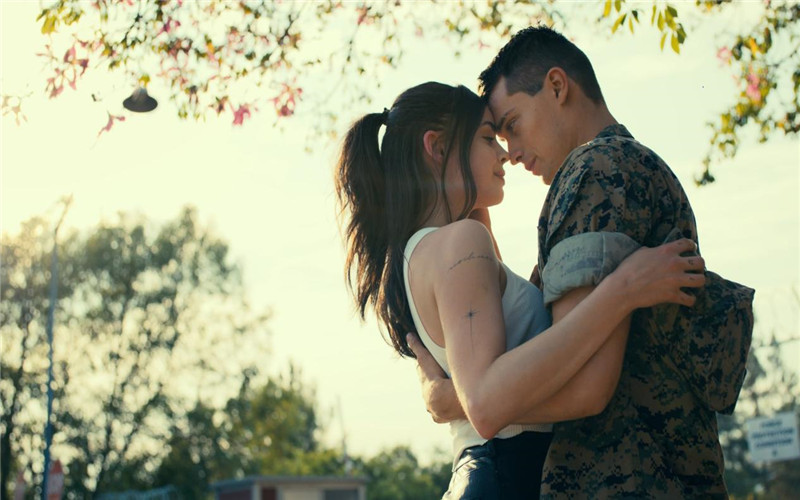 The romance movie in 2022 depicts the love story between Cassie (Sofia Carson), a beautiful singer-songwriter, and Luke (Nicholas Galitzine), a handsome soldier. They first meet in a bar where Cassie works to support her life. Luke and his friends drink there, and their words somehow annoy Cassie. The other day Luke came to visit his soldier friend. He found Cassie asking his friend to marry him so she could own the benefits of a navy spouse and treat her diabetes. Having a crush on this beautiful girl, Luke offers to marry her as he leaves for service. Soon they have the wedding ceremony. Later, an accident strikes Luke, and he is injured in the leg. Thus, Cassie takes care of him wholeheartedly, and they gradually fall in love.

This movie is as sweet as candy and is one of the best romance movies 2022. It has drawn the enormous attention of audiences around the world. Purple Hearts (2022), which stars Sofia Carson, Nicholas Galitzine, and Anthony Ippolito, is a romance movie in 2022 on Netflix. 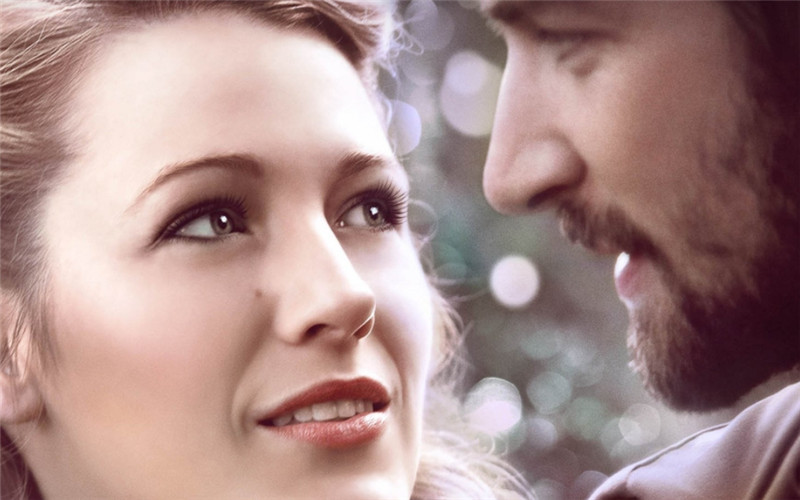 In the romance movie, Adaline (Blake Lively) was born in 1908. Twenty-seven years later, she has been married and lives peacefully with her husband and children. After an accident, she escapes death and keeps her permanent beauty as a young lady. It may sound good to be immortal, but Adaline feels deep pain as her beloved ones gradually die, leaving her alone. She lives a solitary life for eighty years to escape the sorrow of departure. She encounters a man named Ellis Jones (Michiel Huisman) and falls in love with him. Although she has been over one hundred years old, her heart is still as young as an eighteen-year-old girl.

Adapted from the novel written by J. Mills Goodloe and Salvador Paskowitz, the movie is directed by Lee Toland Krieger. It stars Blake Lively, Michiel Huisman, Harrison Ford, and Ellen Burstyn. It portrays a fantastic love story and is one of the classic romance movies. 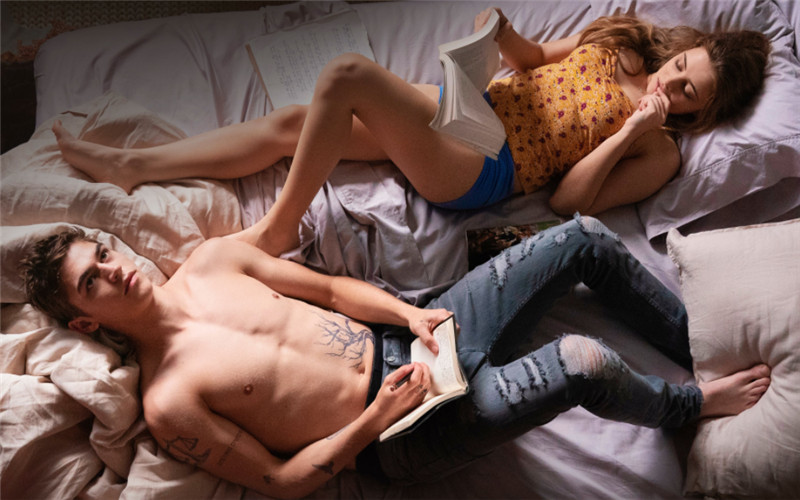 After We Fell(2011) is the third part of romance movies in the “After” franchise. As its first two predecessors received applause from most of the audience, this film is bound to attract more attention. Hardin (Hero Fiennes Tiffin) and Tessa (Josephine Langford) fall in love and decide to live together. As they both feel insecure, they often bicker over the trivia. Hardin has planned that he will take Tessa to London after graduation. But Tessa has her determination and gets a job offer from Christian Vance, who offers her a post in Seattle. She could not resist the temptation of this promising opportunity. So, she decides to go to Seattle for her career without telling Hardin. Learning the truth, Hardin feels disappointed as he is suspected of the whole long-distance thing, fearing that they may break up in some unknown accident. In the end, Hardin makes peace with the fact that Tessa has to go to Seattle for her career, which is not the end of the world.

After We Fell is a 2021 American romance movie directed by Castille Landon, adapted from the novel of the same name by Anna Todd and Sharon Soboil. 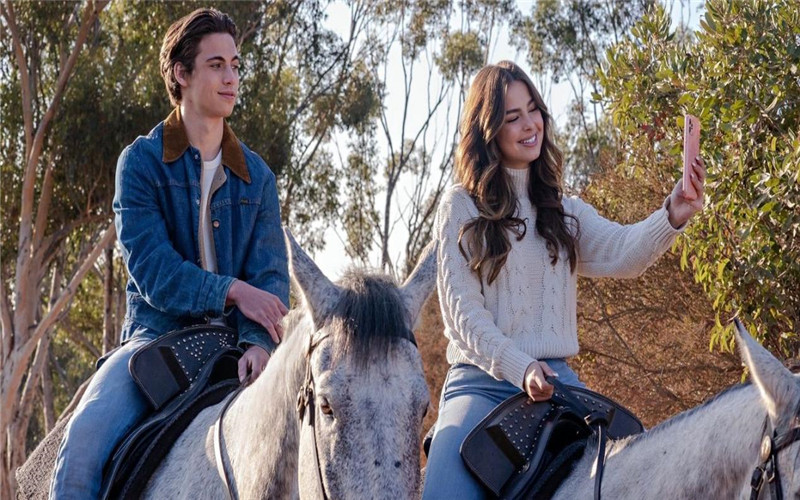 Padgett Sawyer is a social media "makeup" influencer who reckons her makeup will inspire other people. Her boyfriend, Jordan Van Draanen, a well-known dancer in their school, cheated on her. The brawl between Jordan and Padgett is recorded live on Padgett's profile by Alden. To avenge Jordan, she is determined to change another ordinary boy from college to be the Prom King. Cameron Kweller, who is quite shy, is the chosen one. Padgett asks him to attend a party with her on one prerequisite he must makeover. Alden revealed Cameron Padgett's bet and how she used him as a means to gain popularity and get back her sponsorships. Irritated by Padgett's fraud, Cameron refuses to attend the School Prom Night. Thus, Jordan wins the title of Prom King, and Padgett is awarded the title of Prom Queen. In the end, Cameron attends the Night under persuasion. Cameron and Padgett reconciled their relationship, which was a happy ever after.

He's All That (2021) is directed by Mark Waters, with Addison Rae and Tanner Buchanan as its leading character. This is one of the teen romance movies on Netflix. 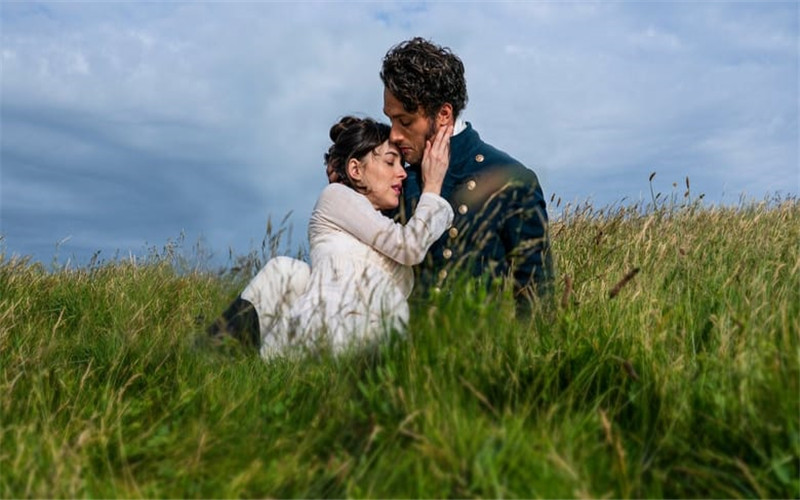 Anne Elliot (Dakota Johnson) is a beautiful aristocrat who falls in love with a poor man Frederick Wentworth (Cosmo Jarvis). However, their love encounters severe rejection from Anne’s family. Anne’s father loathes Wentworth’s social status, and her godmother is also worried about their miserable marriage life. Under their kind “persuasion,” Anne eventually has to break up with Wentworth. Eight years later, Wentworth comes back as a captain and comes to know that Anne remains single these years. After a series of events, they finally could be together.

Persuasion (2022) is based on Austen’s final novel Persuasion, which stressed Anne’s pain caused by caution. Another famous film, Pride and Prejudice, adapted from Austen’s best novel of the same name, has attracted many audiences. This movie is one of the best literary romance movies on Netflix. 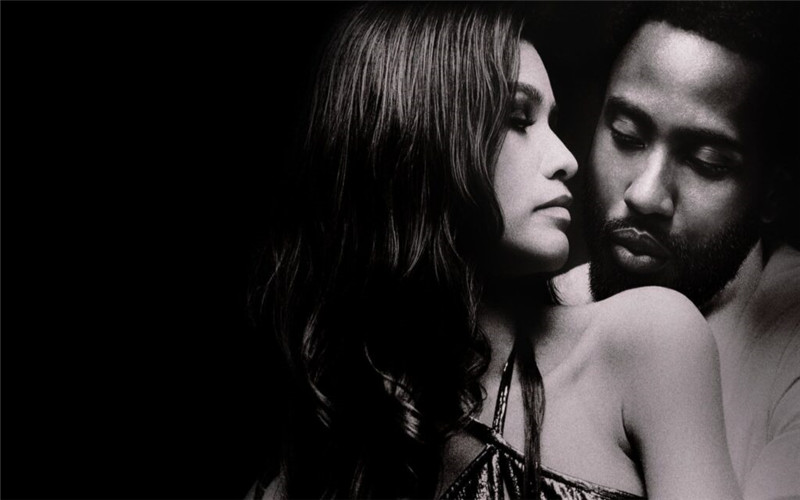 Malcolm (John David Washington) comes back home after the premiere of his film, Imani, with his wife Marie (Zendaya). Malcolm wants to celebrate with his wife, but She does not have the intention as he didn’t thank her in his speech. They begin to discuss their past relationship. Then the stream of discontentment runs much deeper. When Malcolm needed support, Marie stood there with him always. But over some time, it becomes a selfish endeavor.

Malcolm & Marie (2021) is directed by Sam Levinson and plays John David Washington and Zendaya. It’s a typical one of popular black romance movies on Netflix. 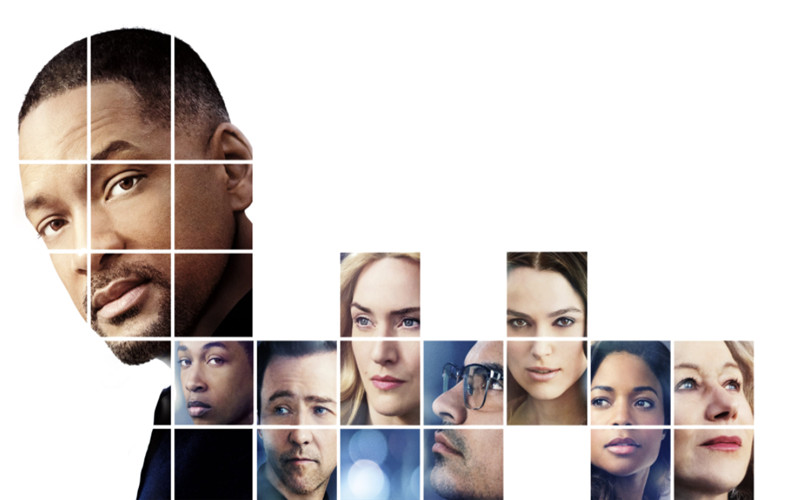 Howard (Will Smith), a successful advertisement manager, married Claire (Kate Winslet) and raised their cute daughter. However, an accident takes the life of the little girl. Claire decides to leave Howard. Desperately, Howard buries himself in writing letters to Love, Time, and Death. His devotion to writing and ignoring his company irritates his employees, who decide to prove his madness by conjuring a series of conspiracies.

Collateral Beauty (2016) is directed by David Frankel and stars Will Smith, Edward Norton, Kate Winslet, and Michael Pe a. It is one of the top-rated romance movies on Netflix.