The rise of the cowboy movie at the beginning of the last century has left many classics such as Once Upon a Time in the West, Tombstone, Dances with Wolves, The Magnificent Seven, and many more. Western cowboy is closely related to the portrayal of the handsome and righteous image in western movies.

Let's see these top The 10 best western movies of all time: 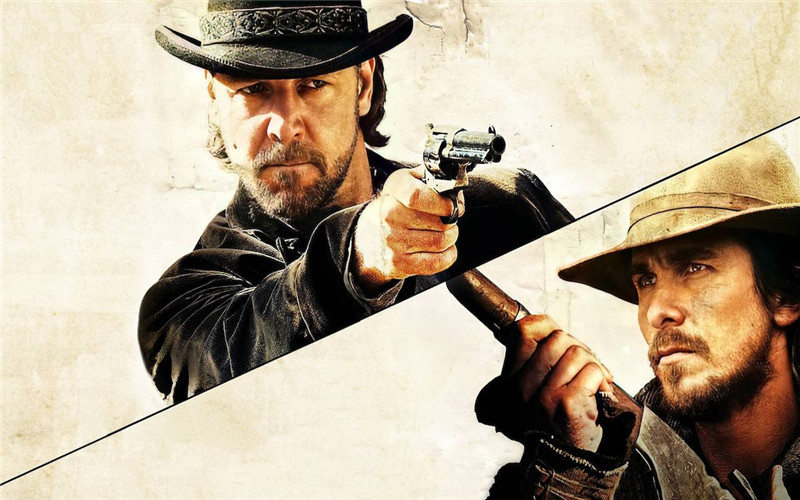 3:10 to Yuma is a 2007 American western drama movie directed by James Mangold. It stars Russell Crowe, Christian Bale, Logan Lerman, Dallas Roberts, Peter Fonda, and Ben Foster. It is a remake of the 1957 movie of Three-Ten to Yuma, a classic masterpiece in the old western movies.

Dan Evans (Christian Bale), who lost a leg during the Civil War and got a small stipend from the government, lives on a farm in Arizona with his wife Alice and their two sons. However, the bad climate and government corruption put Dan in debt. Some people want to make a windfall profit from constructing the railway. They tried to drive out the Evans family, and the family began questioning Dan's ability.

That's when Ben Wade (Russell Crowe), a notorious Western criminal, is captured. He has led his guy Charlie Prince (Ben Foster) and a team of helpers into the wilderness, looting large amounts of property and committing numerous murders. The captured escort will take Ben Wade to the Contention city. He will be taken by train to Yuma, Arizona, where he will face a public trial in federal court. To save the farm and his family, Dan volunteers for the escort, but Ben Wade is still dangerous even in bondage. During the journey, the convoy continued to lose ground. How will everything change when the train arrives? 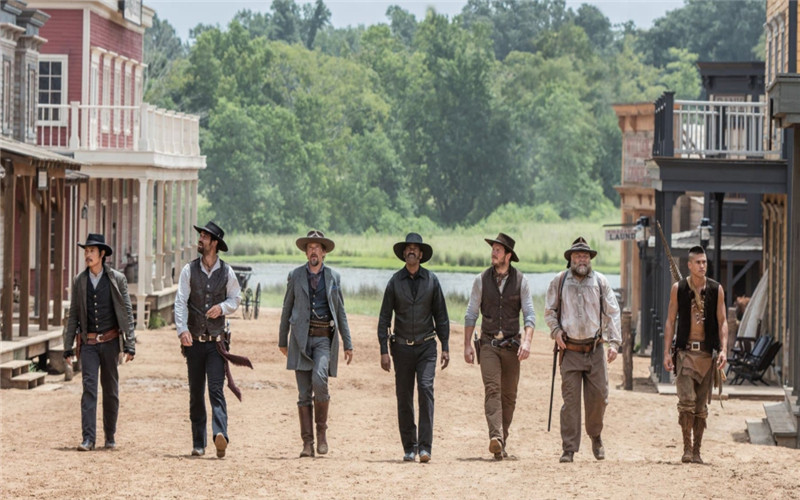 The Magnificent Seven (2016) is an American Western movie directed by Antoine Fuqua. It is also a remake of the 1960 movie of the same name. And it is one of the best western movies of all time. The Magnificent Seven 2016 movie stars Denzel Washington, Chris Pratt, Ethan Hawke, Vincent D'Onofrio, Lee Byung-hun, Manuel Garcia-Rulfo, Martin Sensmeier, Peter Sarsgaard, and Haley Bennett. The original story of this movie is adapted from the 1954 Japanese movie Seven Samurai.

The story takes place in the mining Old West town of Rose Creek, where Emma (Haley Bennett) and her husband Matthew (Matt Bomer) live a peaceful life. One day, When Bartholomew (Peter Sarsgaard), the town's greedy industrialist, shoots Matthew, no one dares to hold him accountable except Emma. She survives and silently vows to make Bob pay for what he did.

Emma hires a gunslinger named Sam (Denzel Washington). Although she doesn't have much money to pay for it, Emma's misadventures evoke a sense of justice in Sam. Sam assembles a group of mercenaries to fight Bogue and his ruthless accomplices. Villains, gamblers, and even murderers decide to fight for the town's peace.

Set in West Texas, Hell or High Water story is about two brothers. One is an ex-con, and the other is a divorced father. To save the family ranch, they decided to plot a series of exciting theft. But an experienced policeman starts tracking them down for a series of bank robberies.

Hell or High Water is a movie by David Mackenzie, the British director of "Young Adam" and "Inside Man". This movie is touted as the best bank-heist movie since Al Pacino's Dog Day Afternoon. Director David Mackenzie returns to the crime genre after three years with Chris Pine, Ben Foster, Jeff Bridges, and screenwriter Taylor Sheridan who also writes Sicario.

Taylor Sheridan expressed what he had chosen -- brothers, sacrifice, the West. Hell or High Water has a straightforward story. All the characters, not just the brothers, even two detectives, seem to have already lost confidence in fairness and justice. During the great depression, these people had no way out, no future, so they held on to the little they had left. 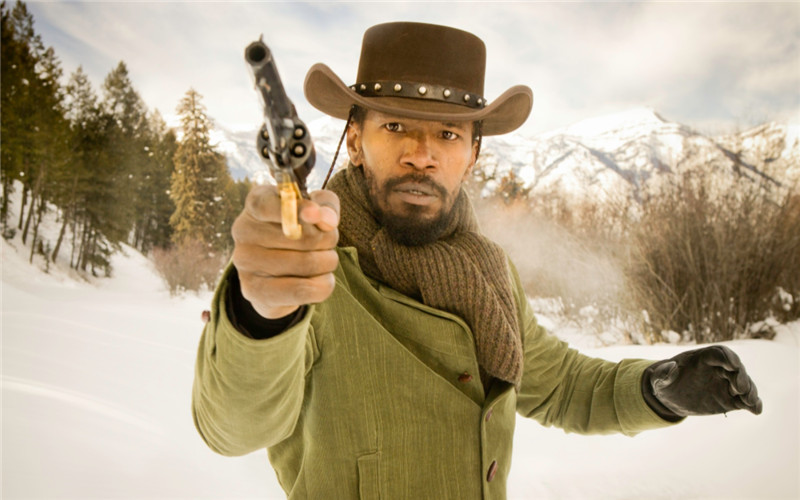 This is one of the best black western movies that continues Quentin Tarantino's consistent style. Everywhere can be seen whimsical elements of humor and bloody wild action scenes. Django Unchained won the Best Original Screenplay Award at the 85th Academy Awards, and Christoph Waltz won this film's Best Supporting Actor Award. The film was also nominated for Best Picture, Best Cinematography, and Best Sound Editing at the 85th Academy Awards. 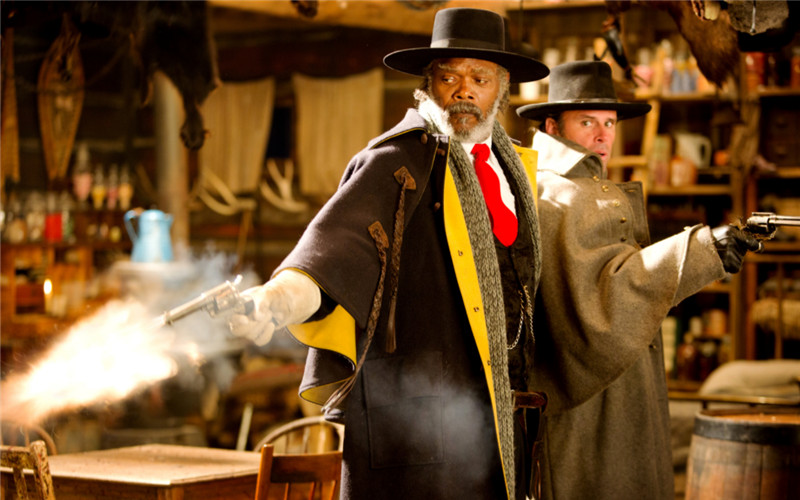 A wagon takes bounty hunter John "Hangman" Ruth (Kurt Russell) and his $10,000 prey, Daisy Domergue (Jennifer Jason Leigh), through the snow in a frigid Wyoming valley. Along the way, Major Marquis Warren (Samuel L. Jackson), a black bounty hunter, and new Sheriff Chris Mannix (Walton Goggins) board a wagon with the town of Red Rock as their destination. Because of the blizzard, the wagon stopped at the men's shop, but the owner was nowhere to be found, and four uninvited guests were in the shop. John is constantly worried about being robbed, Marquis scans the strangers warily, the talkative Chris occasionally adds fuel to the tension, and Daisy seems to be waiting for a heavier storm. Unfortunately, it was as if a more violent storm were about to blow in this isolated little shop.

Not like other traditional Western movies. The Hateful Eight is just a story with Western elements, an excellent script, and a much simpler story structure and relationships than Quentin's previous movies, and it's impressive in every detail. 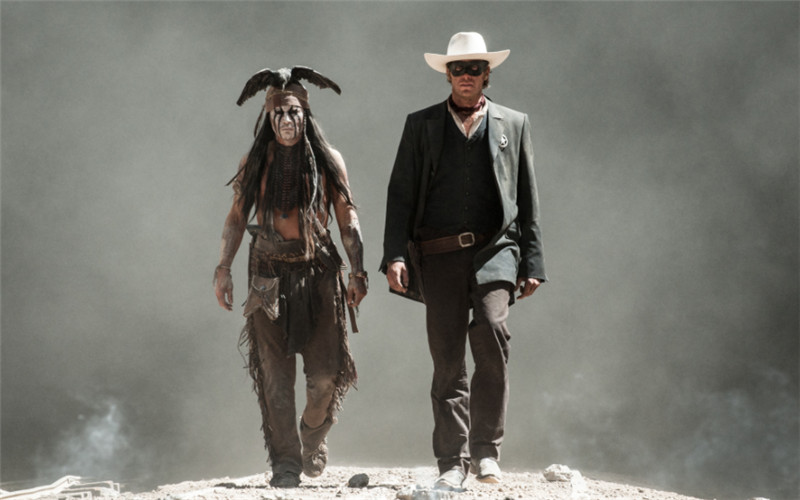 In 869, a train bound for Colby Town, Texas， detained Butch Cavendish (William Fichtner), a murderer who was about to be sent to the local area for execution. Unexpectedly, Cavendish escaped with the help of his accomplices. On the way, Indian killer Tonto (Johnny Depp) and federal prosecutor John Reid (Armie Hammer), both in the prisoner's trunk, have narrowly escaped. Still, they are thrown into prison by the latter John's older brother Dan (James Badge Dale), a Mounted Police. He led his men to hunt Cavendish and was brutally slaughtered by the other party. With the help of Tonto, who escaped prison, John, who accompanied him, recovered his life again and learned the true body of the traitor in the Mounted Police. Maybe only wearing a mask can help justice for this man who should have died. A white guy and an Indian, the two who had no intersection, set foot on the road of revenge. 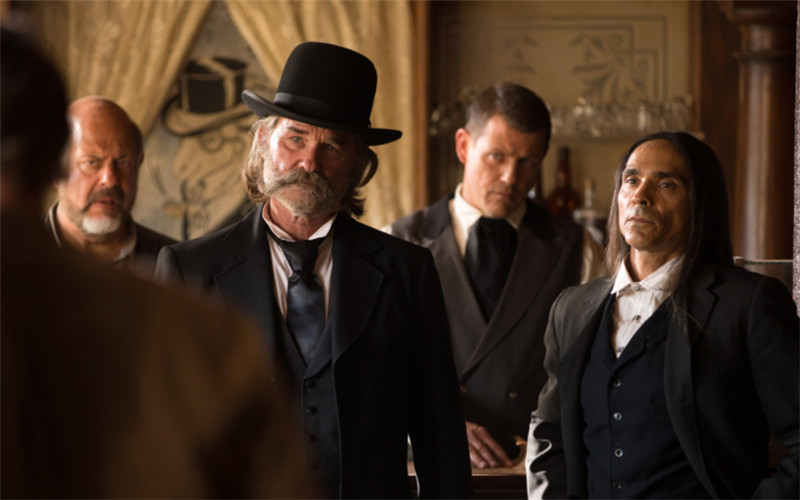 Franklin Hunt (Kurt Russell), the elderly Sheriff of a small town in the old western United States, shot a suspected tramp at night. Then he invited Samantha (Lili Simmons), a small-town doctor, to treat the suspect in the dead of night, mysterious invaders brutally killed a groom and the suspect, and Samantha disappeared without a trace. Franklin, deeply aware of the seriousness of the situation, summoned Samantha's husband Arthur (Patrick Wilson) and other villagers to a meeting at a local pub and learned that what happened last night may have been the work of a mysterious caveman. These barbarians intermarried and even ate human beings, including their biological mothers. Franklin and the other warriors were determined to break into the caveman's lair and rescue the kidnapped villagers. 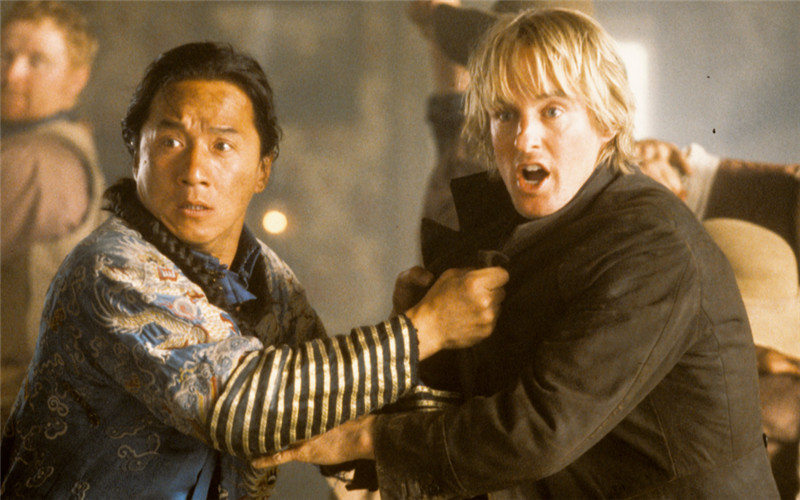 The story takes place in the Qing Dynasty. The emperor ordered Princess Beibei (Lucy Liu) to marry the royal prince. However, the princess was unwilling to marry. Then Andrew, a hostile English teacher, saw the princess's intention and encouraged her to flee the United States. After the princess escaped， Andrew left a blackmail letter to the emperor for a ransom of 100,000 gold bars.

The emperor panicked and immediately sent three Imperial Guard to the United States to rescue the princess. Guard Chon Wang (Jackie Chan) saw the princess when she fled, but he couldn't stop her. He can't forget the princess all the time, so he asked his uncle, who was an interpreter, to speak for him to let him participate in the rescue operation. The captain of the Imperial Guard approved his request, and the party officially set foot in the United States.

The Ballad of Buster Scruggs is a six-part anthology of Western themes. In Movies, Joel Cohen and Ethan Cohen use their unique and unparalleled perspective to tell a series of stories about the American border. Each chapter of the film tells a unique story of the American West.

The form of the film is very similar to the wild story of Damian Szfurlong. It is a film composed of several stories. Each story, though independent, has the same core-out of control and revenge. Therefore, each story combines annotations from other stories to complete the interpretation of the story's theme.

The Ballad of Buster Scruggs is one of the most popular western movies on Netflix and you can stream this movie with Netflix membership. 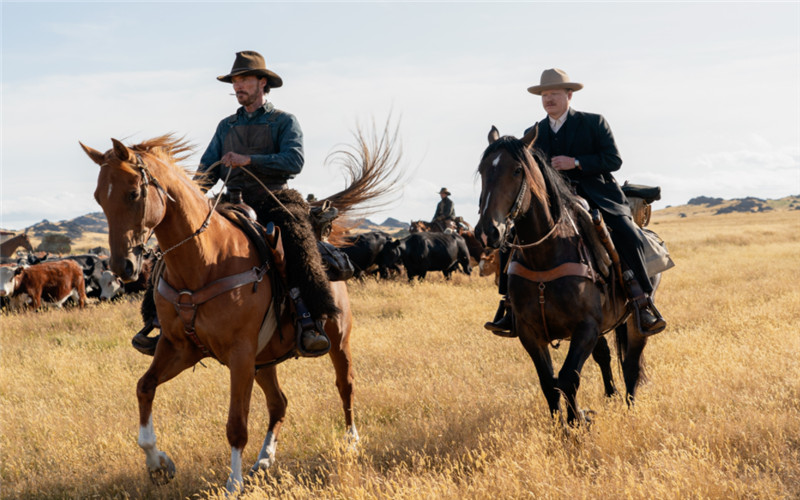 Charismatic rancher Phil Burbank (Benedict Cumberbatch) makes people around him respect and fear. When his brother brought his new wife and her son home, Phil tortured them in every way until one day, and he found that he also had a trace of longing for love.

The Power of the Dog is one of the new western movies that topped IndieWire's 25 Best Movies of the Year. The second and third places are Licorice Pizza, directed by Paul Thomas Anderson, and Driving My Car, directed by Ryunsuke Hamaguchi. For many viewers, Dog Power is a slow-paced movie. It is not so much a feature film as a "portrait film" or a "collection of life fragments. However, it is far from enough to see that dog power is a revenge story about the same sex.

The Power of the Dog is one of the modern western movies. It is available to watch with a Netflix membership and more free movies you tube in westerns themes.