Best Action Movies on Netflix of All Time (2022 Update)

Best Action Movies on Netflix of All Time (2022 Update)

Action movies, which contain a lot of exciting actions and adventures, have gathered a large audience. Some of the most classic movies such as Heat (1995) and The Terminator (1984) belong to this category. Thanks to platforms like Netflix, we can now stream many of them online. 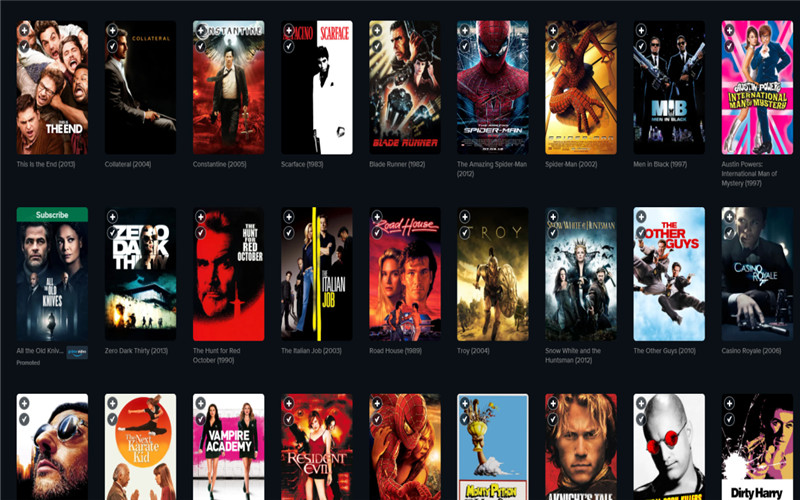 This list of the best action movies on Netflix, hoping that this may be of a little help with your choices. They are: 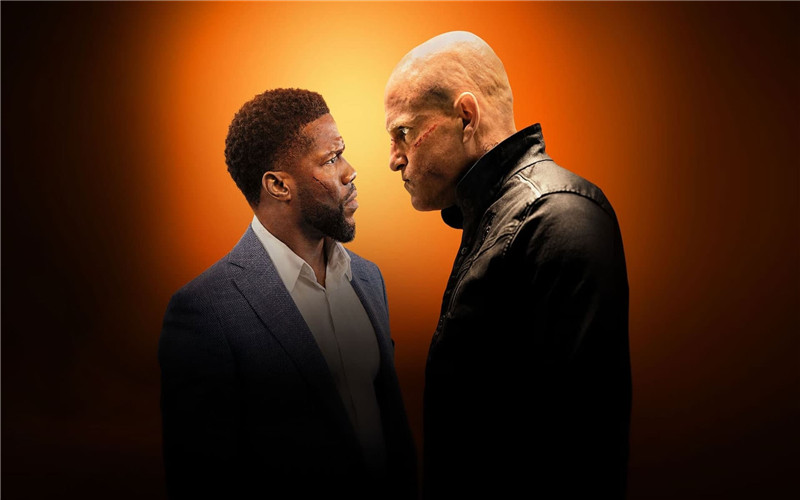 The Man from Toronto is one of the action movies in 2022 and it is also an action comedy movie. It is directed by Patrick Hughes and written by Robbie Fox and Chris Bremner.

The hero is said to be the strongest killer in the world, nicknamed as "The Man from Toronto". He meets a screw-up from New York. The two people come across each other in an Airbnb and their identities have been mistaken. Together, they are involved in a mysterious case. 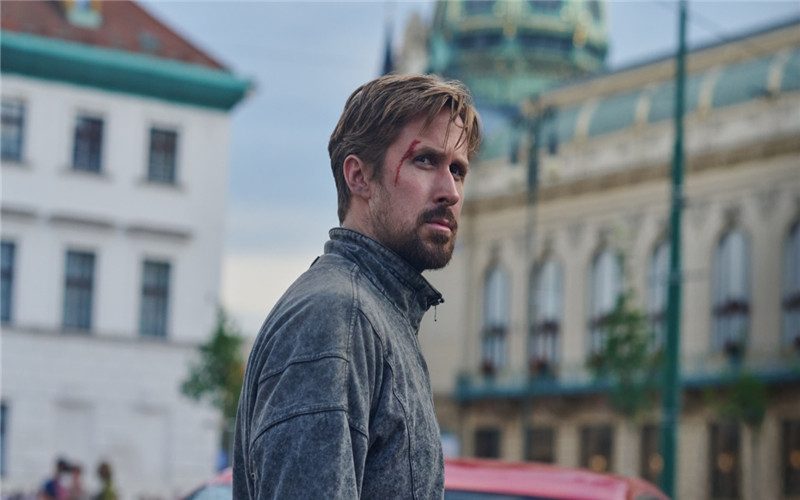 This is also a very new action movie. Released in 2022, the movie is directed and written by Joe Russo. It also features the acting performances of many familiar faces like Ryan Gosling and Chris Evans.

A guy nicknamed as The Grey Man Kurt Gantley works as a secret agent for the CIA. He is referred to as Six. Donald Fitzroy gets him out of federal prison and turns him into one of the bureau's elite death mercenaries. Nowadays, things are different. Six becomes the most wanted target. His former colleague of CIA Lloyd Hansen wants to catch him very badly. However, the secret agent Dani Miranda always lends Six a hand every time Hansen almost succeeds. 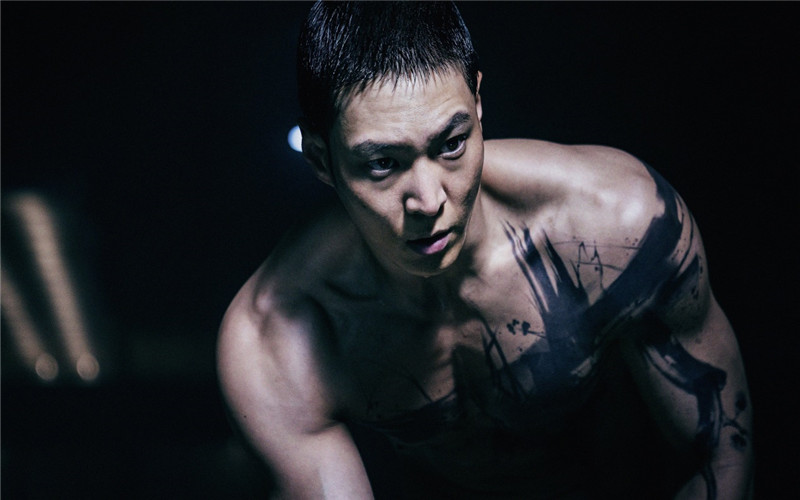 Two months after a deadly pandemic from the Demilitarized Zone broke out and devastated the United States and North Korea, Carter wakes up with no memory of his past. He has a mysterious device in his head and a bomb in his mouth. A strange voice keeps giving orders through his ear. The bomb could detonate at any moment unless he can rescue the only girl who could detoxify it. Carter must succeed in his mission and head north to find the girl. 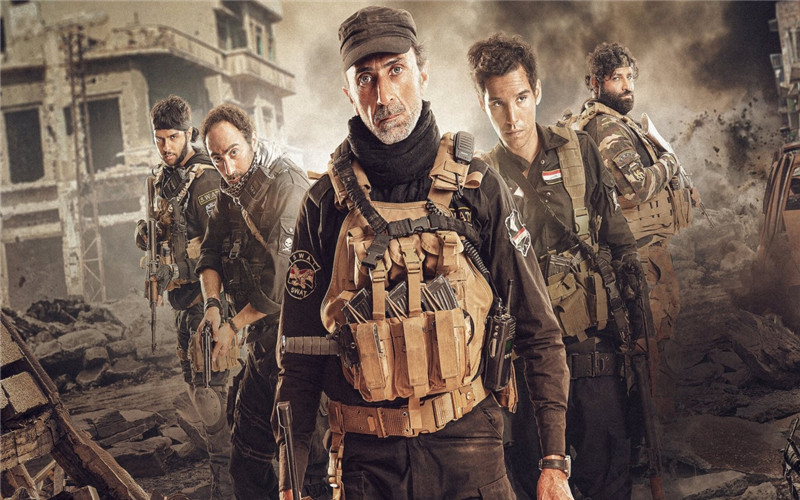 This is one of the action movies in 2019. The director and script writer is Matthew Michael Carnahan. The story is set in Iraqi and is about combating terrorism.

The movie is based on true events and tells the story of a young Iraqi policeman who is rescued from crossfire by Nineveh's Special Forces and then joins a 10-man team planning a guerrilla operation to retake his home from ISIS. 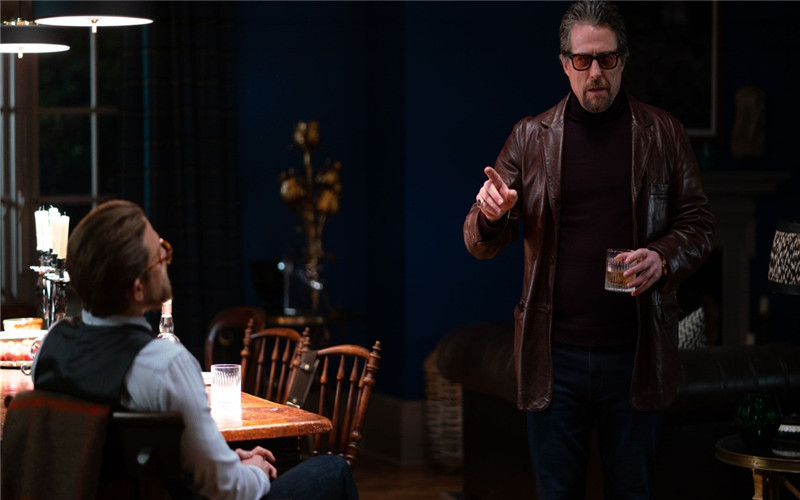 The Gentlemen, released in 2019, gathers many famous movie stars like Matthew McConaughey, Hugh Grant and so on. It is a wonderful action comedy movie.

Mickey Pearson, an American immigrant who has made a fortune building a cannabis empire in London, tries to sell his assets to a wealthy American. However, the news is exposed and a series of plots are planned against him. Fletcher, a private detective, uses all kinds of means to collect all Mickey's scandals, in an attempt to make profit from it. At this time, Dry Eye is eyeing on Mickey's business. How will Mickey protect his business and his life? 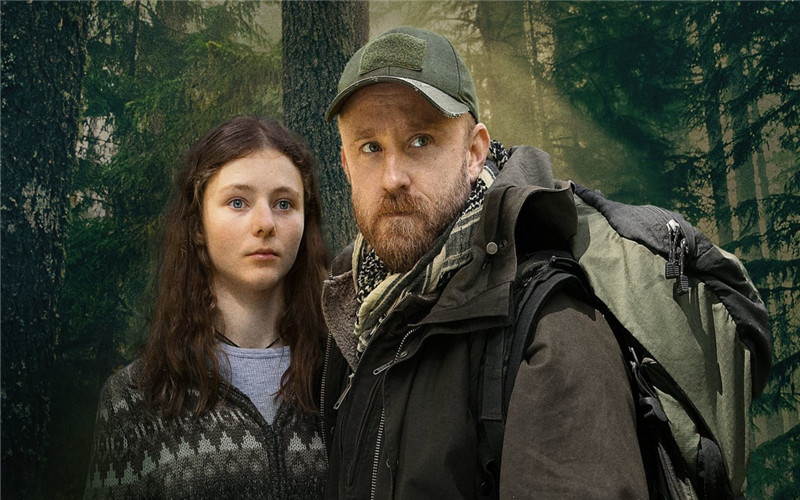 This is one of action movies in 2018. It is directed by Debra Granik and is about the collision of two different worlds, two different lifestyles.

Will and his daughter, Tom, live together alone. They lead a life of seclusion amongst mountains and forests, and have always isolated from modern society. The conditions are harsh, but Will feels it is the way they should live. One day, several government officials find them and forcibly take them back to civilization, where Will feels as if he is in prison, though he is well fed and clothed. Finally, he decided to take Tom back to his wild kingdom again, but at this time, Tom obviously prefers to stay in the city where everything is very convenient. There is a huge difference between father and daughter. How will Will choose between his own wishes and his daughter's desires? 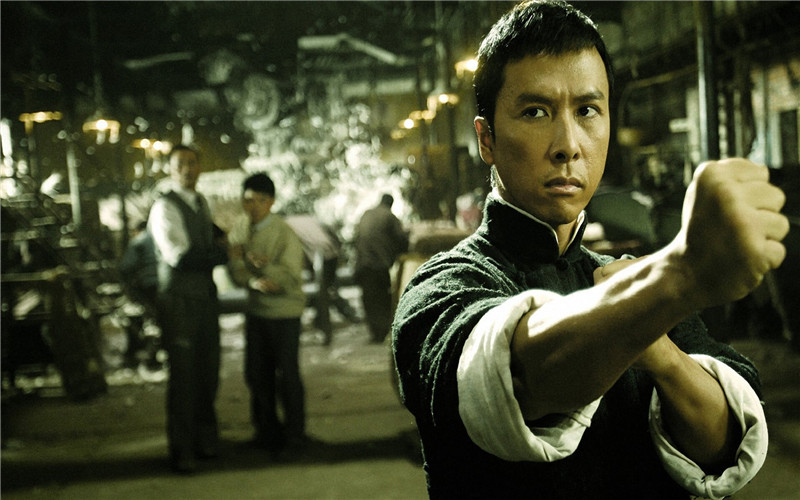 In the 1930s, Foshan, Kwangtung is the capital of Chinese martial arts. One day, the North martial arts master Kam Shan-Chau leads his people to Foshan. After the masters of all the major martial arts houses are defeated by him, he goes to Ip Man, who has learned excellent martial arts but is low-key and does teach students. Encouraged by his friends, IP Man then has established a martial arts house in Foshan. A few years later, when Japanese troops conquered Foshan, IP Man, like his surviving neighbors, is forced to move with his wife and children into an abandoned house. Japanese sodiers hurt and humiliate many martial arts masters which angers Ip Man. So he decides to challenge the Japanese. 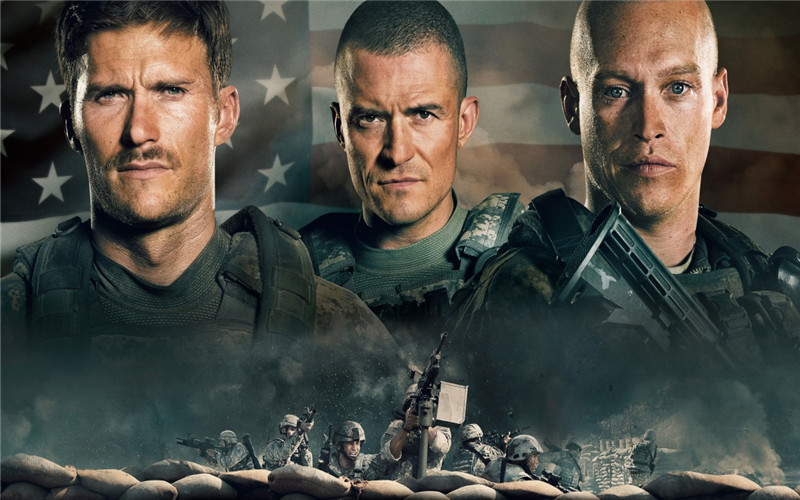 The story will center on the true story of 53 American soldiers engaged in a protracted battle with about 400 enemy militants in northeastern Afghanistan. They have built outposts at the base of three steep mountains just 14 miles from the Pakistani border. The base is under attack from Taliban terrorists. And the soldiers stationed there face a great threat. The film stars Scott Eastwood as Sgt. Clint Romesa, Caleb Landry Jones as Specialist Ty MiSchael Carter, and Orlando Bloom as Benjamin D. Keating, who is tragically killed in Afghanistan. 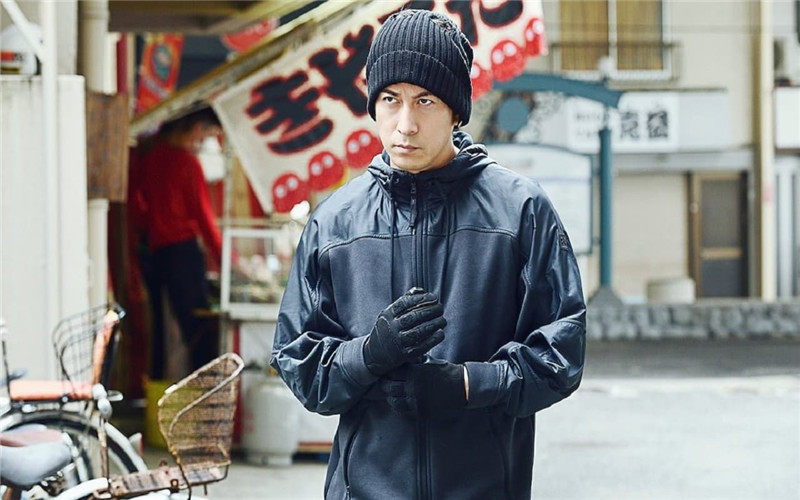 This is a Japanese-made action comedy movie whose director is Kan Eguchi. Personally I think this is one of the best action movies in 2021 as the plot is so wonderfully weird. I bet children must like it a lot!

Any target can be killed in six seconds, like those legendary genius killers, Fable, is a ruthless role even the Mafia is afraid of. Under the order of his boss, he and his partner disguise as brother and sister and live an ordinary life. One day, Fable encounters a mysterious wheelchair girl by accident. It reminds Fable of the assassination mission four years ago. In the face of the coming crisis, can Fable continue to obey the order to protect himself and his friends? 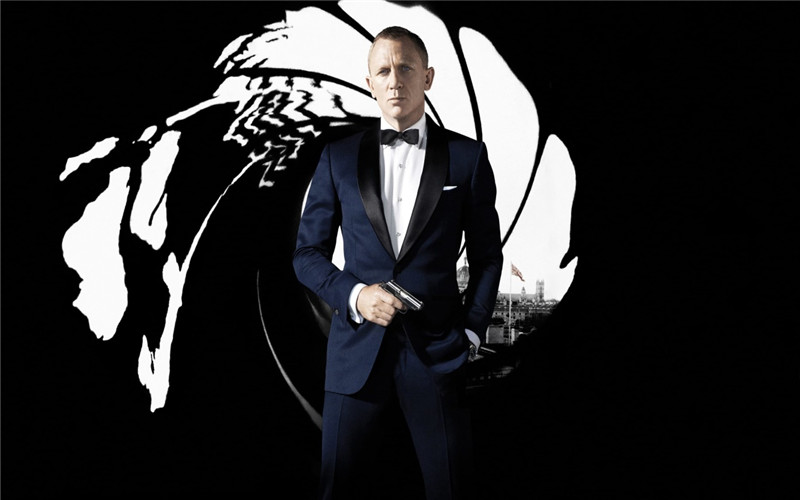 Skyfall (2012) is one of the most popular 007 movies. Directed by Sam Mendes and written by John Logan and Robert Wade, this movie is seen as a classic pg13 action movie and spy movie.

In this 2012 movie, Bond, who is known for his ability to undertake risky tasks, is again involved in an action to find the culprit of a major conspiracy. It is actually Bond’s mistake in one of his assignments that has led to the exposure of agents globally. Because of this M is dismissed. To make matters worse, the MI6 headquarters suffers a huge attack. Therefore, Bond has to work with Eve to locate the mysterious guy that has plotted all of this. 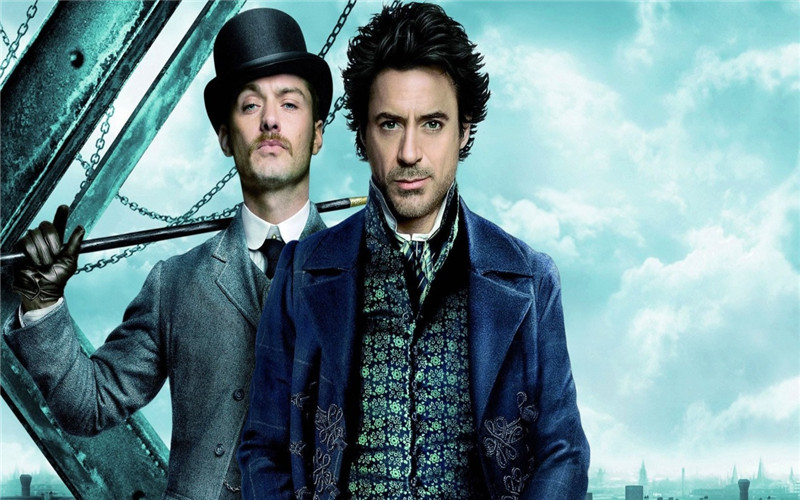 This action movie must be well liked by many female movie fans as the cast includes two incredibly gorgeous guys! The movie is released in 2009 and directed by Guy Ritchie and earns a revenue of $524,028,679.00.

Sherlock Holmes is unusually rational even when it comes to killing people, yet methodical in his handling of crimes. He's a freak in private, at least in the eyes of his assistant Dr. Watson. Legend has it that the dark wizard has been resurrected, that his tomb has been destroyed, and that someone else is in the coffin. It's time for Sherlock Holmes to take the lead again. However, the investigation process is fraught with dangers from the beginning, and his assistant Dr. Watson is almost killed in the investigation, and Holmes is also caught in a series of mysteries. 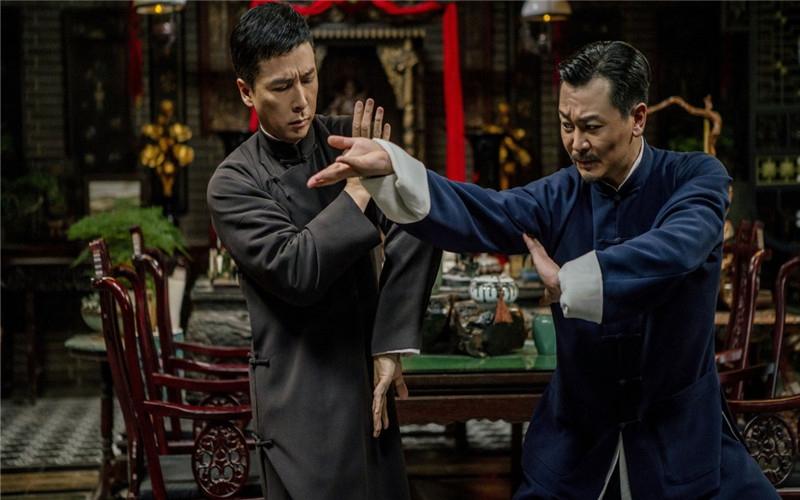 This 2019 sequel to the Ip Man series is the final chapter. Overall, this series is successful and well-received. The acting by Donnie Yen may remind you of those years when the whole Hollywood was crazy about Bruce Lee.

After coming to Chinatown in the United States, Ip Man accidentally gets involved in a dispute between the local military forces and the Chinese martial arts club. In the face of increasingly rampant ethnic discrimination and oppression, Ip Man stands up and fights against the United States Marine Corps camp, proving Chinese kung fu to the world with authentic Wing Chun. 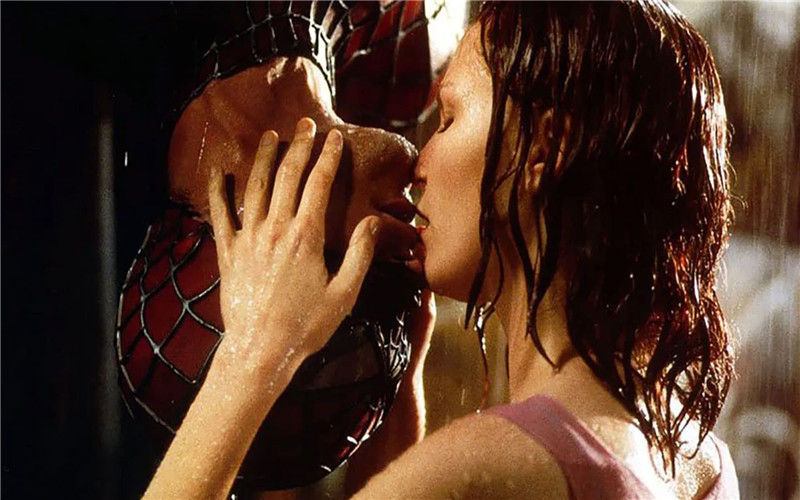 Any words of compliment for this movie are far from enough. However, I have to add it on this list because this is always selected as one of the best action movies of all time. The first Spider-Man movie is released in 2002 and is directed by Sam Raimi. Tobey Maguire plays as the “first” Parker Walker.

Peter Parker is an ordinary American high school student whose life is completely changed when he is bitten by a mutant spider that has escaped from a museum of spiders. He becomes like a spider, and has all kinds of spider's unique superpowers: spouting extremely sticky silk from his fingers, climbing walls, and so on. Peter was so excited that he began to use his power to make money. But when his favorite uncle is killed by the criminal he let go, Peter vows to use his powers to fight crime. Spider Man is on the adventure!

This is the list of the best action movies on Netflix of all time I have made for you. Remember that all of them are currently available on Netflix. If you want to look for something exciting or trilling, the action movie is always a good place to go. Because when throw yourself completely into the storyline when watching, you are on the same adventure of our hero or heroine. So come on, get one to watch right now. Anyway, it is always worth giving it a go. I would be absolutely delighted if you are fond of any of them on the list.