Well, in 2022, The Black Phone will be one of the most discussed movies. Where can we watch The Black Phone, and what is it all about? Well, all the information you need is here. 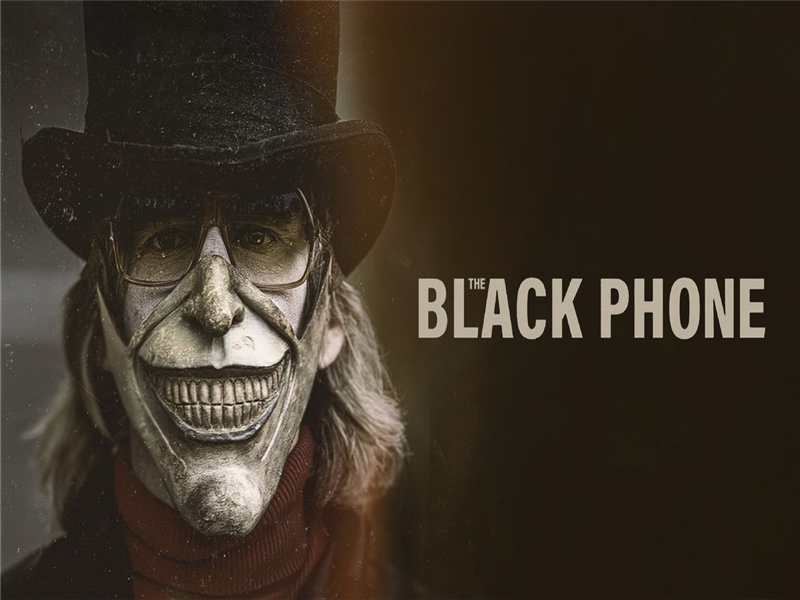 As the summer heat is still dominating much of the globe this year, movie lovers are again on the way to finding a horror movie that could give them a good scare and make them temporarily forget the unbearably high temperatures. The Black Phone movie is directed by Scott Derrickson, known for his talent in horror movies. Scott Derrickson and C. Robert Cargill co-write its script. The Black Phone has also gathered many familiar faces, including Ethan Hawke, Madeleine McGraw, Jeremy Davies and E. Roger Mitchel. 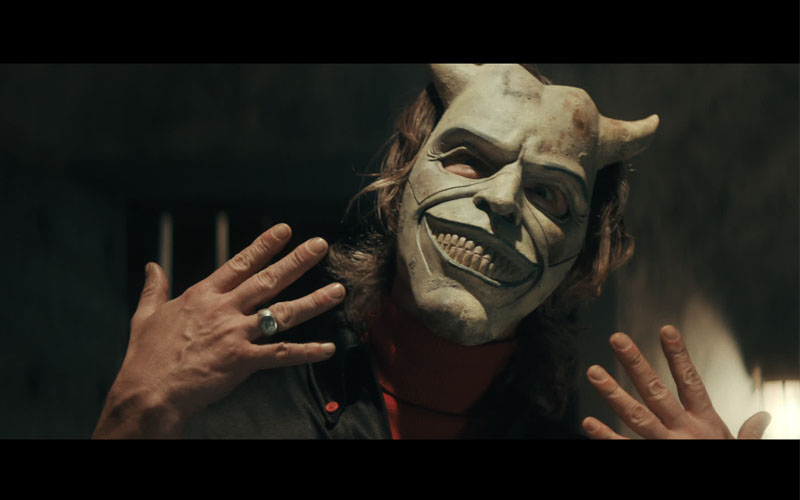 What Is The Black Phone about?

The movie is based on The Black Phone book by Joe Hill. The short story reminded Scott Derrickson of his childhood when he had to grow up in a neighborhood where violence could be seen everywhere. In an attempt to find out children's capability to face up with dangers and rescue themselves, he decided to make this movie.

The synopsis of The Black Phone can be summarized as how a little boy will prevent himself from becoming the sixth victim of The Grabber through an old black phone. Here is a more detailed version: Finney is a boy living in a small town in Colorado in 1978. He has a sister named Gwen. Their mother died early, and now the two live with their fiery father. Recently, there are five cases of missing children in this small town. A black balloon is left at each crime spot. Little does anyone know that Finney would be the kidnapper's next target. When Finney wakes up from his coma, he finds himself imprisoned in a basement with a disconnected antique phone on the wall. Miraculously, the phone rings. On the other end of the phone are the children who had been brutally murdered by the Grabber, and they decide to help Finney survive.

Who Is in The Black Phone Movie?

The cast of “The Black Phone” includes Ethan Hawke, Mason Thames, Madeleine McGraw, Jeremy Davies and James Ransone. To help you more quickly get the gist of the Black Phone movie, we have made a brief introduction to each of the main characters. 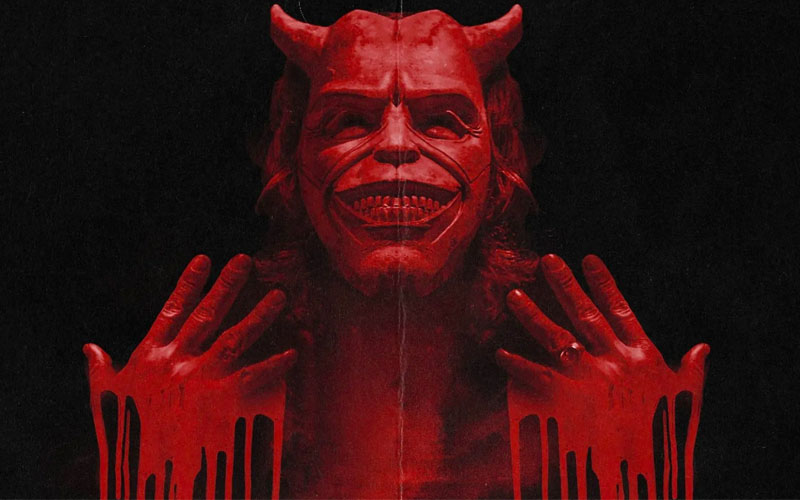 Ethan Hawke plays the role of the Grabber. He is a man who wears a mask all year round, and is a child kidnapper. He is a twisted psychopath who enjoys playing mind games with his victims and revels in torturing the kidnapped children.

Mason Thames plays the role of Finney Shaw. Finney is a timid teenager with a somewhat solitary personality. He lives in a small town in Colorado, USA. Unfortunately, he is also a victim of kidnapping in the small town. However, when he is kidnapped, he accidentally finds a magical phone which helps with his survival. 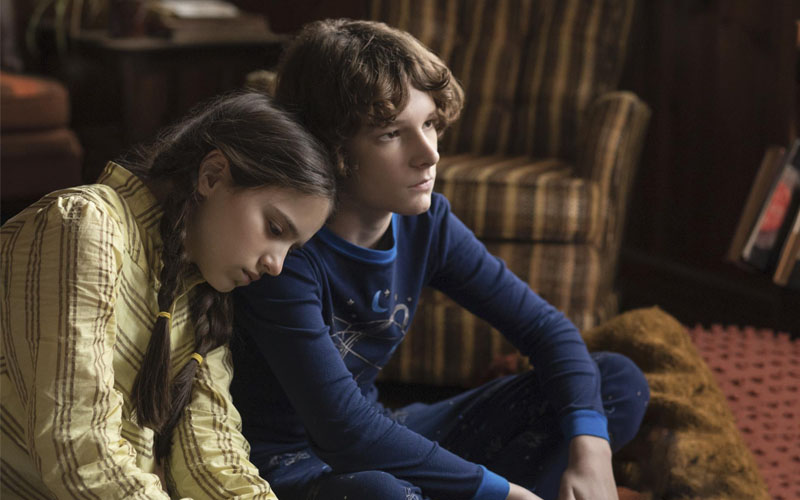 Madeleine McGraw plays the role of Gwen Shaw. She is Finney's energetic little sister, who lives with her brother and father. She survives when her brother is kidnapped, but has recurring dreams about the incident. And police will base on her dreams and descriptions to find the abducted children in the city.

Jeremy Davies plays the role of Mr. Davies. Mr. Shaw is a fiery man. His wife died at an early age and he was left alone with two children. After years of drinking and living a mediocre life, he learns that his son has been kidnapped. He is anxious but helpless.

Where Can I Watch The Black Phone?

The Black Phone was initially presented before audience at the Fantastic Fest in September 2021, Tribeca Film Festival, and Overlook Film Festival. The movie was first released by Universal Pictures on Friday, Jun 24, 2022 in Major theaters in the U.S. and it had a very impressive box office of around $87.7 million across America.

And by now you can also stream The Black.Phone on your devices. The Black Phone streaming is now offered in Peacock where you'll need a Peacock premium before you get an access to the full Black Phone movie. You can also buy or rent the Black Phone in 4K on VUDU, iTunes, Amazon Prime Video Store, YouTube, Redbox and AMC On Demand from 19.99 USD.

For your information, Peacock is Universal’s streaming network where you can watch a host of television shows and movies for free when you simply register on the app. However, if you hope to get access to original productions only with a premium subscription. You can easily sign up for Peacock Premium or Peacock Premium Plus for a monthly fee. The premium plan is ad-supported and costs $4.99, while the premium plus is ad-free and costs $9.99. Peacock streaming service is also available through Amazon Fire TV, Roku, Apple and Android TVs, or gaming consoles.

Is The Black Phone Based on a True Story? 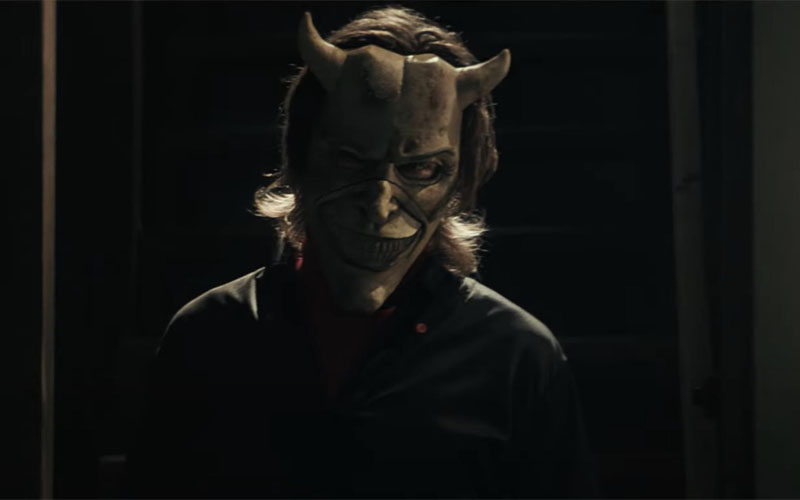 Well, not really. The filming is based on The Black Phone short story written by Joe Hill about the Grabber, a serial killer who kidnapped children in a van and locks them in an empty, soundproof basement for days or weeks before killing them. His latest victim is Finney, a 13-year-old boy whose only solace inside the room is a disconnected telephone through which he’s mysteriously able to receive calls from the Grabber’s previous victims.

At a mere 30 pages of 7,250 words, Hill’s original story is brief. But Derrickson, along with screenwriter C. Robert Cargill, had the idea to fuse Hill’s horror story with Derrickson’s own emotional experience growing up in North Vancouver in 1978 when he was about the age of Penny (Madeleine McGraw), Finney’s flinty 12-year-old sister whose own supernatural gifts may help her locate her brother.

What Others Say About the Black Phone?

The Black Phone is generally well received and we have selected some views from audiences who have watched it.

"The Black Phone delivers one of the best stories and some of the best characters that I have seen all year. Ethan Hawke's performance as The Grabber paired with Derrickson's directing of Cargill's script are a match made in hell.""

"The Black Phone comes with a fairly simple premise, but it’s in the execution where Scott Derrickson reminds us that the real horrors in society can be scarier than ones oftentimes manufactured in the horror genre for cheap, gory thrills."

"Though its story is hardly seamless, “The Black Phone” keeps its audience locked in by maintaining its sinister tone and building some true edge-of-your-seat suspense."

"I was entirely willing to go where this movie wanted to take me… right up until the end, when it decided to sell the creepy message..."

"It works at the moment; combining supernatural elements with a story of survival, and a palpable character arc for its protagonist. Full review in Spanish."

Is The Black Phone on Netflix?

No. For digital streaming, The Black Phone is currently only available through Peacock premium, and it is currently not available to watch on Netflix, Prime Video, HBOmax, HULU, Disney Plus or other streaming services.

Is The Black Phone on Amazon Prime?