10 Best Fantasy Movies of All Time

10 Best Fantasy Movies of All Time

Fantasy movies involve magic, paranormal reality events, fantasy creatures such as dragons, orcs, and fantasy worlds. What are the best fantasy movies of all time? 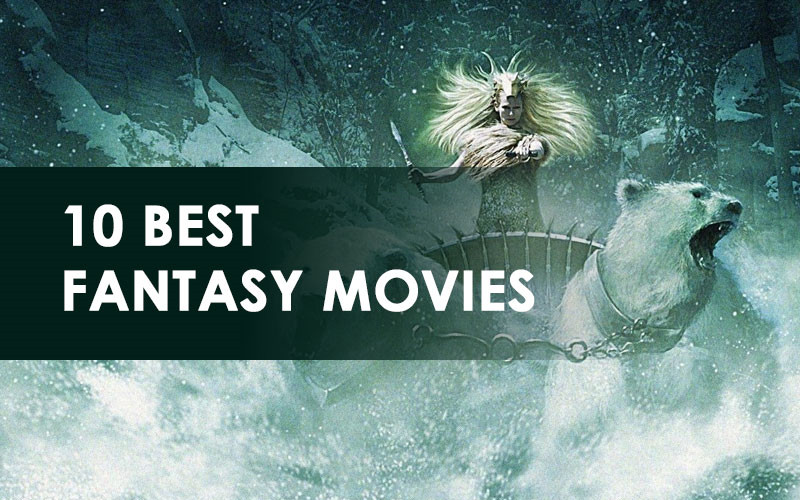 Let's explore these 10 best fantasy movies of all time: 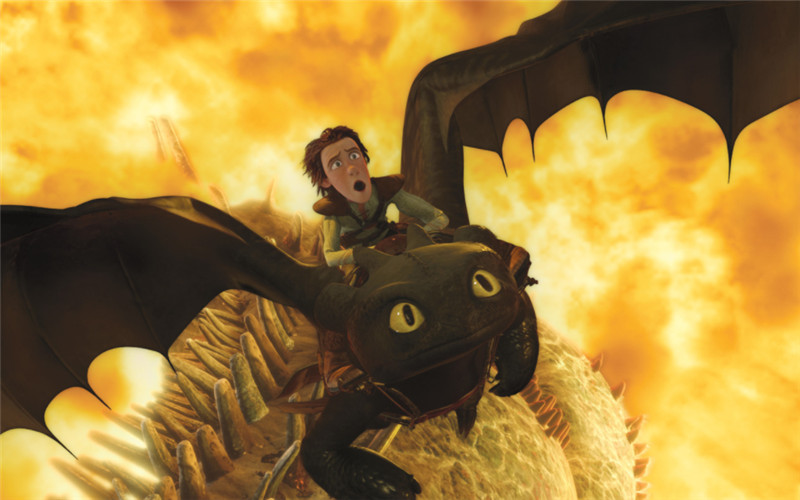 How to Train Your Dragon, is a 2010 fantasy animation movie produced by DreamWorks Animation. Hiccup (voiced by Jay Baruchel) is the son of Stoick (voiced by Gerard Butler), the leader of the Viking Island. He longed to do what his father had done -- the dragons were the enemy of the island's Viking sheep herders, but his presence in the horde's dragon-killing battle only added to the annoyance. In a battle against the flying dragon, Hiccup secretly wounded one of the most mysterious Dragon of Wrath of the Night with a dragon shooting device, released and bred the dragon without the help of the clansmen, and even tamed the dragon and named it Toothless. Hiccup's mysterious activities arouse the suspicions of Astrid (voiced by America Ferrera), a girl who has been training dragon slaying skills together. Astrid discovers Hiccup's secret but is struck by the experience of riding the Toothless wind. Gray decides to slay the dragon in the rite of adulthood for the expedition back to the Story, and the clansmen tell the truth and persuade everyone to give up killing the dragon. Still, it happened to be self-defeating. Harm toothless was captured, and a greater disaster is in the front. 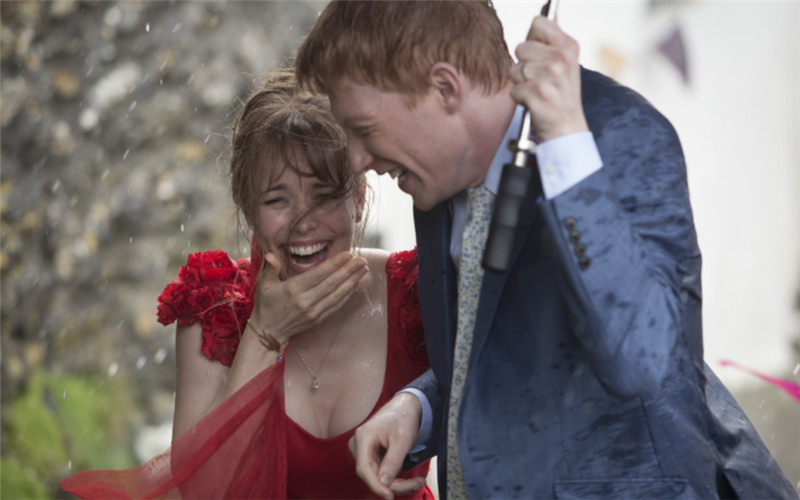 About Time, one of the fantasy romance movies tells Tim (Domhnall Gleeson) is 21 years old when his dad (Bill Nighy) tells him that the men in his family can travel back in time. Tim gives it a try and goes back to the summer, where he tries to change his relationship with his crush, only to find that no amount of time and space can make someone who doesn't love you fall in love with you. Then Tim moved to London and became a lawyer. He falls in love with a beautiful girl, Mary (Rachel McAdams), and tries to become her boyfriend by traveling through time several times. Later, he tried to save a failed drama through time travel, to improve his sister's life, to better get along with relatives and friends, and spend every day of his life. 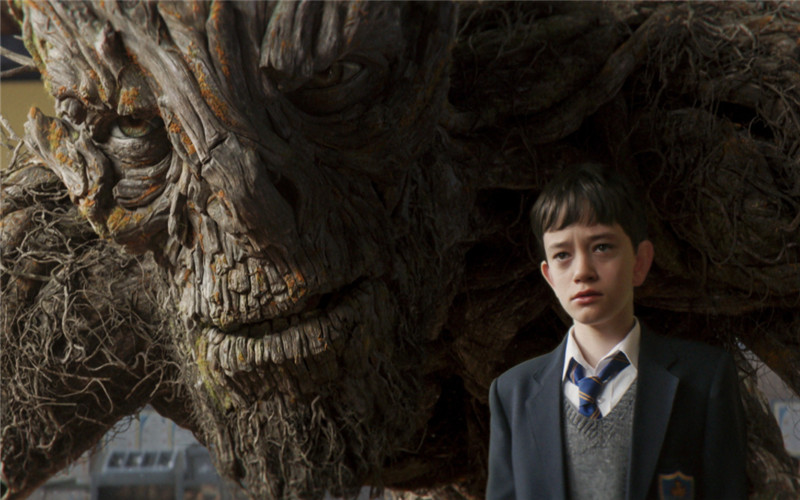 A Monster Calls, one of the fantasy movies, tells that the boy, Conor, has recurring nightmares and faces several problems. His beloved mother (Felicity Jones) is terminally ill, and he may have to live with his stern grandmother. His estranged father lives in America. Harry bullies him at school. One night, Conor is visited at 12:07 p.m. by a tree monster which is said to tell Conor three true stories, in return, the boy will tell the monster his own story about the truth behind his terrible nightmares. 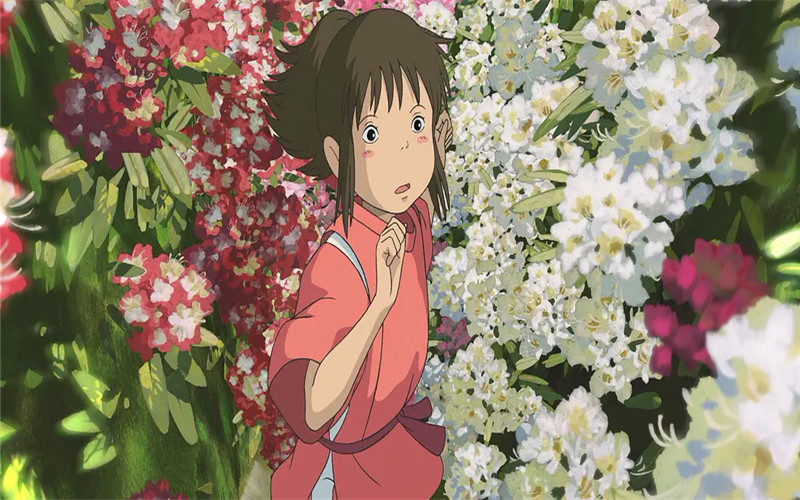 Chihiro and her parents move to a small town in the Japanese countryside, much to Chihiro's dismay. On the way to their new home, Chihiro's father takes a wrong turn and drives up a lonely one-way road that ends just before the tunnel. Her parents decided to stop and explore the area. They went through the tunnel and found an abandoned amusement park on the other side with its town inside. When her parents see a restaurant with good-tasting food but no staff, they decide to eat and pay later. However, Chihiro refuses to eat and explores the theme park a little more. She meets a boy named Haku, who tells her that Chihiro and her parents are in danger and they must leave immediately. She runs to the restaurant and finds that her parents have turned into pigs. In addition, the theme park is a town inhabited by demons, ghosts, and evil gods. There is a bathhouse in the center of town where these creatures can relax. The owner of the bathhouse is the evil witch Yubaba, who intends to take all the invaders as captive workers, including Chihiro. Chihiro must rely on the White Nun to save her parents and hopefully return to their world. This one of the classic fantasy movies has been a popular movie all the time. 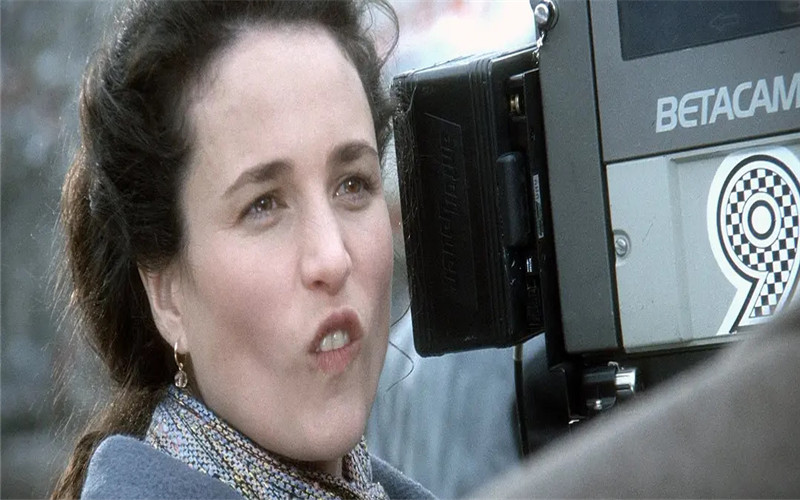 Phil (Bill Murray) is a weatherman who travels to Punxsutawney every February 2 to report on the local Groundhog Day festival and make humorous weather forecasts for the audience in front of the camera. Phil turned his nose up at the holiday and began to get bored with his job. When he finished his routine reporting for the year, he couldn't wait to return home but was delayed by a sudden snowstorm. When Phil woke up the next day, he was surprised to find that it was Groundhog Day again. Surprise, disbelief, excitement, ecstasy, boredom, anxiety, restlessness, despair, lethargy -- all sorts of emotions invaded Phil's sensory domain. Still, no matter how he chose to spend the day, he could never go further and began his life repeatedly. There are also 80s fantasy movies such as The Princess Bride. 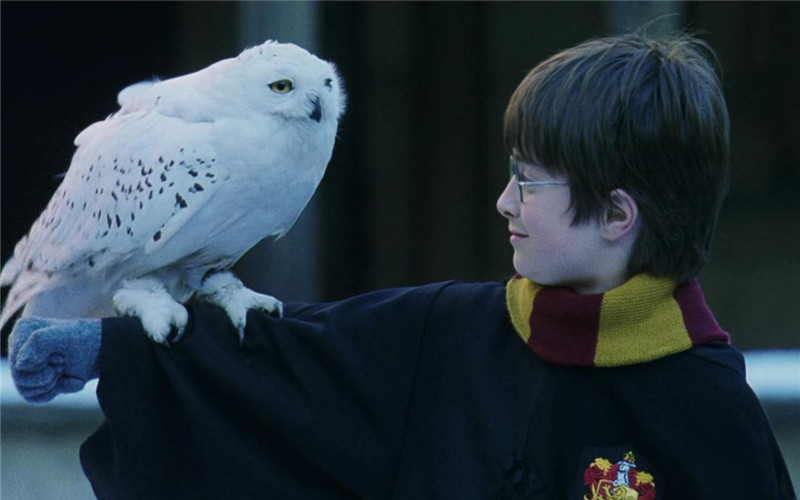 Harry Potter and the Sorcerer's Stone is one of the fantasy adventure movies. This is the story of Harry Potter (Daniel Radcliffe), an ordinary 11-year-old boy who acts as an enslaved person for his aunt and uncle, learns that he is a wizard, and is invited to study at Hogwarts School of Witchcraft and Wizardry. Harry is snatched from his ordinary life by Hogwarts' groundsman, Rubeus Hagrid (Robbie Coltrane), and is soon thrown into a completely foreign world to him and his audience. Famous for an incident that occurred at birth, Harry makes friends easily at his new school. However, he soon discovers that the wizarding world is much more dangerous to him than he thought, and he soon realizes that not all wizards are trustworthy.

An important event in the Sorcerer's Stone is Harry's choice. He said to the branch cap, If you don't go to Slytherin, as long as it's not Slytherin, the branch cap said, Are you sure? You go there. You can achieve great things. He bravely made a choice and was even willing to give up the possibility of achieving great things in this choice. I saw Harry's fearless courage and courage as early as this moment. Pure nerve and outstanding courage (Dumbledore gave him extra points at the end of the first part). This incident also appeared in a separate conversation between Dumbledore and Harry so that Harry could have more powerful energy. Dumbledore points out, The point is on what you choose. We have few choices in our lives. You are often not accessible when you want to make a choice, and you dare not do it when you can. My courage to make choices comes from the Harry Potter movie, but it did let me know the importance of choosing when I was very young. 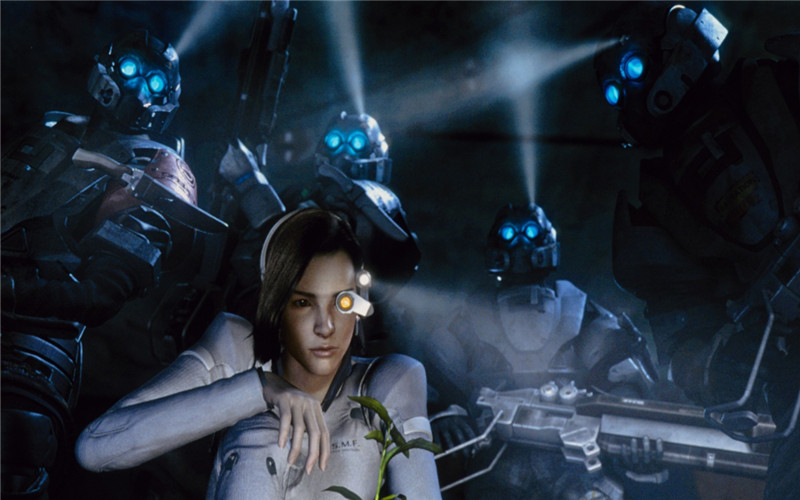 This final fantasy movie was released in 2001, Final Fantasy: The Spirits Within. In 2065, the next massive attack by ghostly aliens against an invading race will unfold. Doctor Aki Ross is a talented young scientist scrambling to find the invaders' secrets to save the Earth and save herself after alien particles infect her body. She works with the famous Deep Eyes military squadron, led by her old friend Grey Edwards. But while her mentors Aki, Dr. Sid and Captain Gray Edwards work toward peace, the scheming General Hein hatches a plot to destroy the aliens in one swift, devastating blow, even though the plot and the aliens destroy the Earth.

Related:Best War Movies of All Time 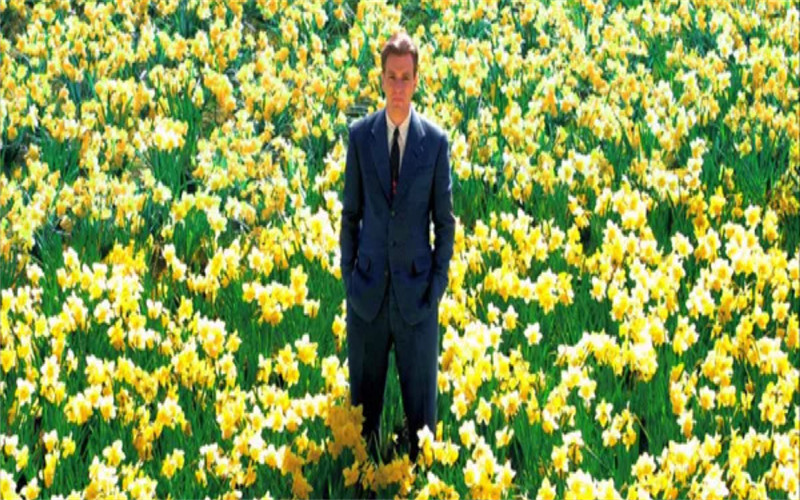 Big Fish, one of the fantasy movies on Netflix, tells that United Press International correspondent Will Bloom and his French freelance photojournalist wife Josephine Bloom, pregnant with their first child, left their Paris base to return to Will's hometown of Ashton, Alabama, with the news that his father, Edward Bloom, had cancer and would soon die, and that he would stop chemotherapy. Although indirectly connected through Will's mother/Edward's wife, Sandra Bloom, Will has been estranged from his father for three years since his marriage to Josephine. The problem with Will and his father is that Edward has been telling his fantasy stories all his life, not only to Will but to the world. When Edward was a child, he was largely absent from his position as a traveling salesman, and Will believed these stories, but now realizes that he did not know his father as he continued to tell them and that he would never know the truth unless Edward told it before he died. On the verge of starting his own family life, Will doesn't want to be the kind of father Edward has always been to him. One of Edward's childhood stories - that he saw his death in the glass eyes of a witch - led him to embrace life because he didn't have to fear death because he knew when and how it would eventually come. The question is whether Will can reconcile Edward's story with his real life, directly from before Edward's death and other sources, thus giving Will a new understanding of himself and his life, past, present, and future. It is one of the good fantasy movies.

Related:best western movies of all time 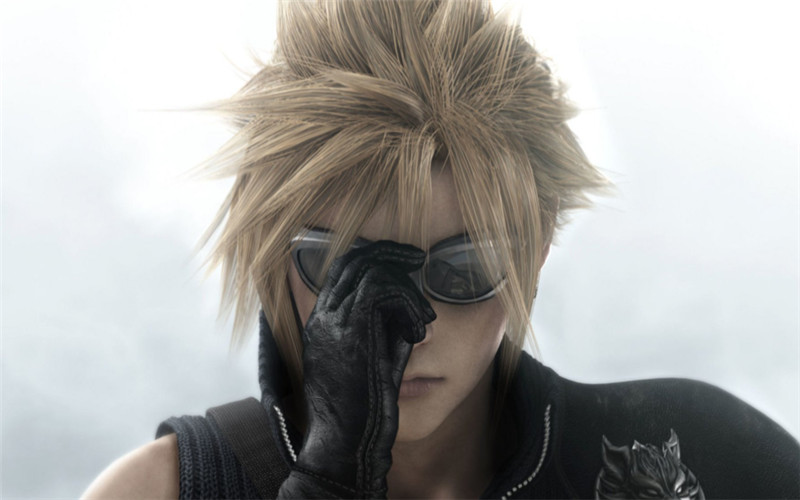 This final fantasy movie, Final Fantasy VII: Advent Children, tells that Two years after the events of Final Fantasy VII, a disease called Seikon Shoukougun or Geostigm is spreading worldwide. The disease is believed to be caused by the body's resistance to the disease. The disease is thought to be caused by the body's resistance to a foreign substance that invaded it two years ago at the end of Final Fantasy VII. Deeply guilty and troubled by his past experiences, former SOLDIER Cloud Strife decided to live a reclusive life away from his friends while maintaining the Strife Delivery Service, based at Tifa Lockhart's bar in Seventh Heaven. Tifa's bar is an orphanage for children suffering from Gio's stigma. Here, Tifa keeps an eye on Barrett's six-year-old daughter, Marlene, while Barrett searches the Earth for an alternative to Earth's energy source, Mako. One day, Cloud receives a message from Shinra, Co. (Rufus), the company's former president, asking him to protect himself from a mysterious man named Kadaj. Meanwhile, Kadaj and his brothers Loz and Yazoo are searching for their mother and seem to think Cloud knows where to find her. Meanwhile, Vincent Valentine has been wandering around the planet gathering information about Kadaj's plans, and Cloud and his friends must unite again to fight these new enemies. 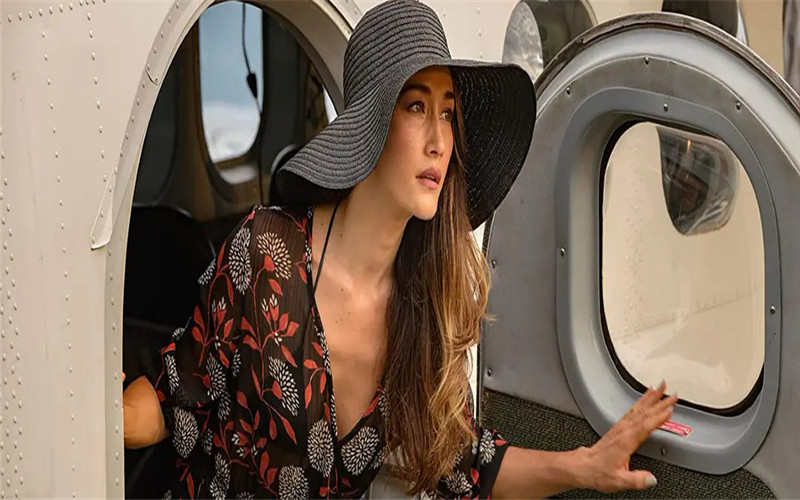 In the movie fantasy island, Michael Pe?a plays the role of Mr. Roarke in the fantasy island movie. With dark themes and supernatural elements, the film tells the story of a mysterious island resort in the Pacific Ocean where people seem to have fulfilled all sorts of quirky requests. Written and directed by Jeff Wadlow, the story follows an island overseer, Roarke, who warns guests that their fantasies may not come true.